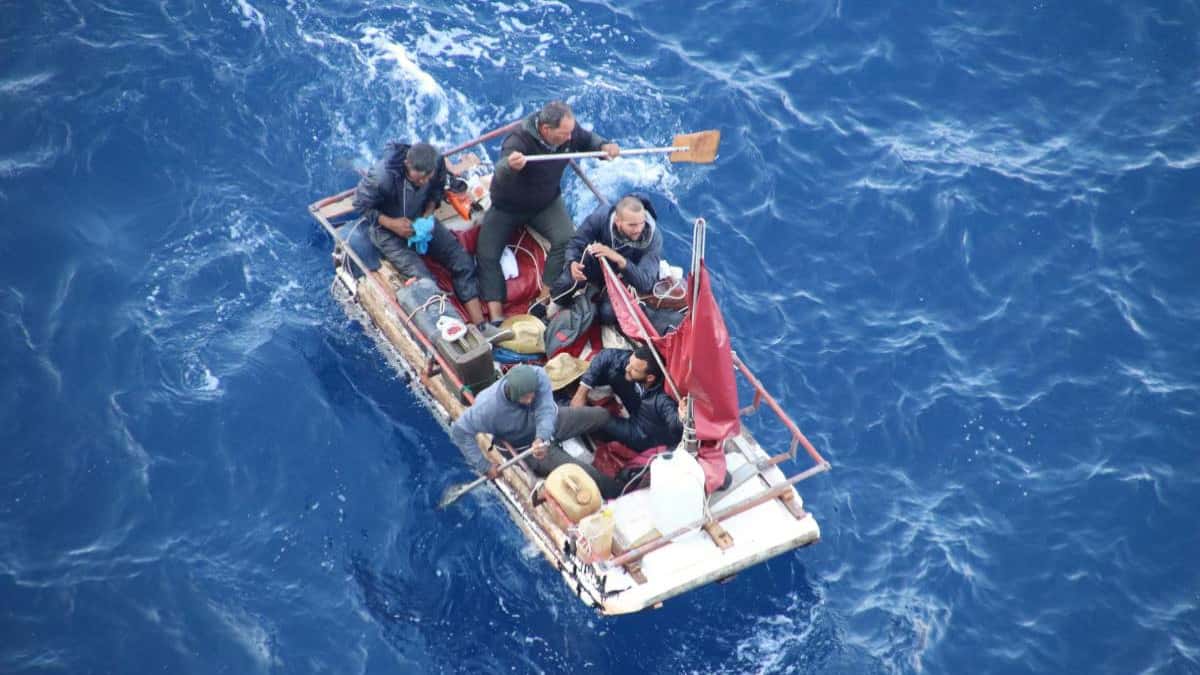 The new Carnival Celebration cruise ship, which only recently started guest operations at the end of 2022, has made its first rescue. The vessel spotted a small raft with refugees while heading back to Florida to end a week-long Caribbean cruise.

This rescue comes just days after another Carnival cruise ship also rescued refugees stranded on a small boat in the Caribbean.

At the time, the cruise ship was heading back toward its homeport of PortMiami in Florida. The refugees were taken onboard the large vessel and provided food and water. The ship’s medical team would have undoubtedly checked them over too.

The Carnival Celebration was coming to the end of a seven-night Western Caribbean voyage that departed Miami on December 27, 2022. The Carnival ship is scheduled to arrive back in Florida on January 3, 2023, at approximately 8:00 AM. It’s not known if the ship’s arrival back home will be delayed due to the rescue.

The Carnival Celebration itinerary included a call at Cozumel in Mexico on December 29, Costa Maya on December 30, and then Mahogany Bay in Roatan, Honduras, for the final day of the year.

The following voyage will depart on January 3, a shorter five-night sailing, including calls to Amber Cover in the Dominican Republic and Grand Turk in the Turks and Caicos.

This marks the first rescue operation for the newest ship in Carnival Cruise Line’s fleet. Carnival Celebration recently joined the fleet and celebrated its naming ceremony at PortMiami in November 2022. The vessel is 183,521 gross tons, with a passenger capacity of 5,374 at double occupancy.

This now makes the second Carnival cruise ship rescue in three days after the Carnival Sunrise spotted refugees needing help on December 30, 2022. It was similar to the Carnival Celebration, with Carnival Sunrise picking up several refugees from a small boat. This also took place just off the coast of Cuba while heading back to its homeport in Miami.

There was also a Carnival rescue in September 2022, when the Carnival Horizon came to the rescue of a drifting boat of refugees off the coast of Cuba. However, in October 2022, there was a situation where the refugees refused assistance from the Carnival cruise ship and were happy to continue on their journey.

As we begin 2023, further cruise ships in the Caribbean will undoubtedly come across small boats or rafts that need help. The majority come from Cuba, with people trying to head to South Florida in the US for a better quality of life.

11 Best Hostels in COSTA RICA for Solo, Surf or Party Travelers in 2023

11 Best Hostels in COSTA RICA for Solo, Surf or Party Travelers in 2023