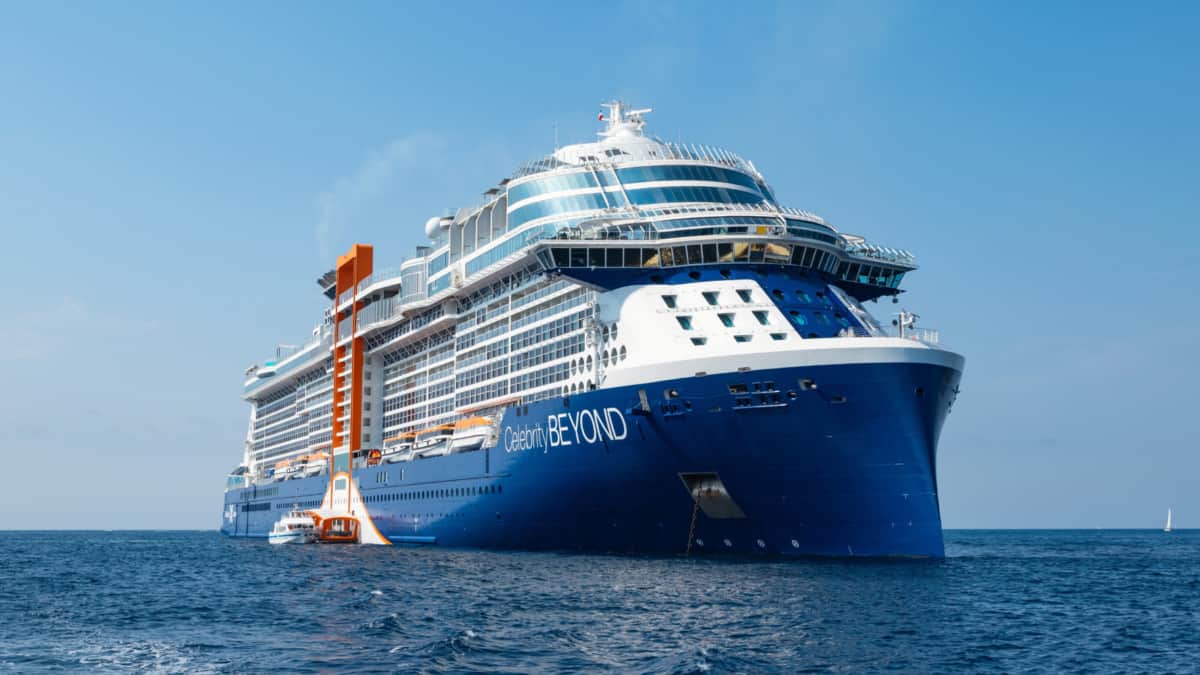 The Celebrity Beyond cruise ship has come to the rescue of 19 refugees that were stranded on a makeshift boat made out of styrofoam and wood. This rescue operation is the third by a cruise ship in the Caribbean in just a single day and marks a busy start to the year with refugees trying to get from Cuba to South Florida.

Celebrity Cruises has become the second cruise line involved in rescuing refugees in the Caribbean in 2023 so far, with its flagship, Celebrity Beyond. The large cruise ship spotted the small boat in the Florida straights on January 2.

The small makeshift boat was made of styrofoam and wood and packed with 19 refugees trying to get from Cuba to Florida.

Captained by Kate McCue, the crew launched a rescue boat and brought the refugees aboard. As a procedure, they were checked by the ship’s medical personnel and likely provided food and water. According to passengers onboard, the Celebrity cruise ship waited for the US Coast Guard to pick them up.

At the time, Celebrity Beyond was sailing its final day at sea as part of an eight-night Western Caribbean voyage, which departed Fort Lauderdale, Florida, on December 26, 2022. The voyage included calls at Nassau, Bahamas; George Town, Cayman Islands; Ratan, Honduras; Costa Maya, Mexico; and the final port of call at Cozumel, Mexico.

The ship is scheduled to arrive home on Tuesday morning, and Celebrity Cruises has not announced any delayed arrival due to the rescue operation. The following sailing is scheduled to depart on Tuesday afternoon on a shorter five-night Caribbean itinerary, including vitis to Cozumel and Costa Maya, both in Mexico.

The cruise industry has been busy in the first few days of 2023 as Celebrity Beyond becomes the third cruise ship to rescue refugees since the new year. The ship also becomes the fourth since December 30, 2022.

Carnival Sunrise made a rescue on its final sea day while heading back to Miami in, Florida, on December 30. The Carnival vessel safely brought several refugees onboard. The Carnival Dream also rescued 20 refugees on January 2, which the US Coast Guard picked up.

Carnival Cruise Line’s new flagship, Carnival Celebration, also spotted refugees on January 2. The ship picked up 19 people on a small boat off the coast of Cuba. At the time, the vessel was on its final sea day, heading back to PortMiami.

It’s maritime law for a cruise ship to help anyone distressed at sea. In these cases, the relevant authorities will always be contacted. The US Coast Guard will often meet the cruise ship and pick up the refugees. The refugees will likely be returned to Cuba in the coming days and weeks.

Cruise Ship Enters Two-Day Dry Dock With Guests On Board