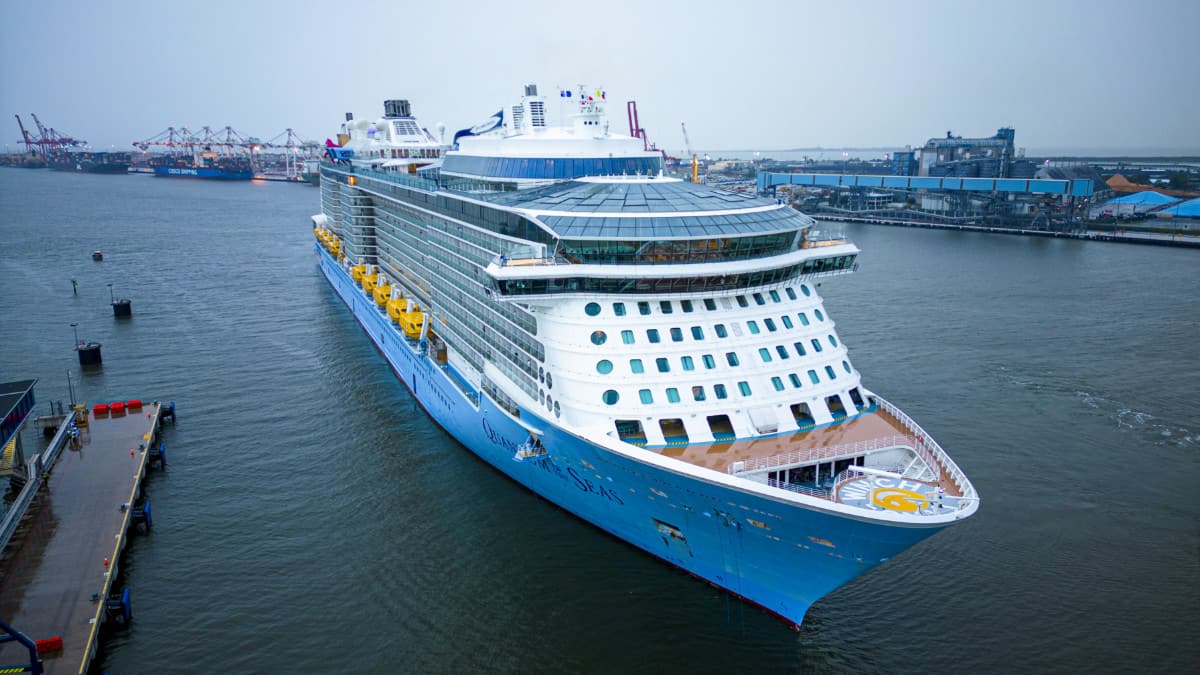 Royal Caribbean’s 168,666-gross ton Quantum of the Seas has officially arrived at the new Brisbane International Cruise Terminal in Queensland, marking a major milestone for cruising Down Under.

The arrival of this 4,905-passenger ship begins the cruise line’s season in Australia, with Queensland’s most innovative ship sailing 2-13-night itineraries.

For the first time, Royal Caribbean International’s Quantum of the Seas has set sail from the new Brisbane International Cruise Terminal.

The ship departed on Tuesday, November 1, 2022, for an eight-day roundtrip itinerary from the international cruise ship terminal in Brisbane, officially beginning the line’s first season in Queensland.

“Today’s arrival of Quantum of the Seas into her new homeport in Brisbane is the beginning of a new benchmark for family holidays from Queensland and throughout Australia,” said Gavin Smith, vice president and managing director for Royal Caribbean International.

“This is a significant day for the industry and Royal Caribbean, and we’d like to thank our loyal guests, suppliers and the wider travel industry in Australia and New Zealand for their unwavering support in the leadup to this moment and for our successful debut in Queensland.”

Quantum of the Seas‘ eight-day South Pacific cruise will sail to Port Vila and Mystery Island in Vanuatu, with a final stop in Noumea, New Caledonia before disembarking in Brisbane on Wednesday, November 9.

The new Brisbane International Cruise Terminal, the second largest Australian cruise port, is located on the northern bank at the mouth of the Brisbane River in Pinkenba, placed adjacent to Brisbane Airport for travel convenience.

As the lead ship in its Quantum class, Quantum of the Seas‘ itinerary lineup for the upcoming season includes 2-13-night South Pacific cruise options from Queensland into March 2023, after which the ship will reposition from May through September for the Alaskan season, sailing from Seattle.

On Saturday, October 29, 2022, Royal Caribbean made its highly anticipated return to Australia for the first time since 2019, as Ovation of the Seas kicked off its summer season with itineraries to Australia, New Zealand, and the islands of the South Pacific.

Royal Caribbean will sail a full summer in Australia, filled with returning favorites and firsts including new itineraries across three of its fleet: Quantum of the Seas, Ovation of the Seas, and Radiance of the Seas.

Sister ships Quantum of the Seas and Ovation of the Seas are sailing Australian waters this season as the largest Royal Caribbean ships deployed Down Under.

Guests can explore new heights and deck-defying experiences onboard both the Quantum-class vessels, including the North Star observation capsule at over 300 feet above the ocean and the RipCord by iFly skydiving simulator.

Additional onboard entertainment options include the FlowRider surf simulator, rock climbing wall, and SeaPlex, the largest indoor activity complex at sea with bumper cars, a full-size sports court, and a roller-skating rink.

With 20 restaurant, bar, and lounge choices, the ships have plenty of drinking and dining options including Izumi, an Asian-inspired spot with fresh sushi and sashimi, and Jamie’s Italian with family-style Tuscan classics.

The Meyer Werft-built ships feature Two70, a transformative space hosting a dual 270-degree ocean view by day and multidimensional theatre by night, with six agile Roboscreens and performers on stage, creating extraordinary visuals at sea for entertainment as unforgettable as the amazing cruises these ships are now offering.

London Christmas Itinerary – Things to Do in London at Christmas

Guide to Glamping and Hiking the Appalachian Trail 2022

8 Smart Luggage and Backpack Options for a Hassle-Free Getaway

London Christmas Itinerary – Things to Do in London at Christmas

Guide to Glamping and Hiking the Appalachian Trail 2022

8 Smart Luggage and Backpack Options for a Hassle-Free Getaway