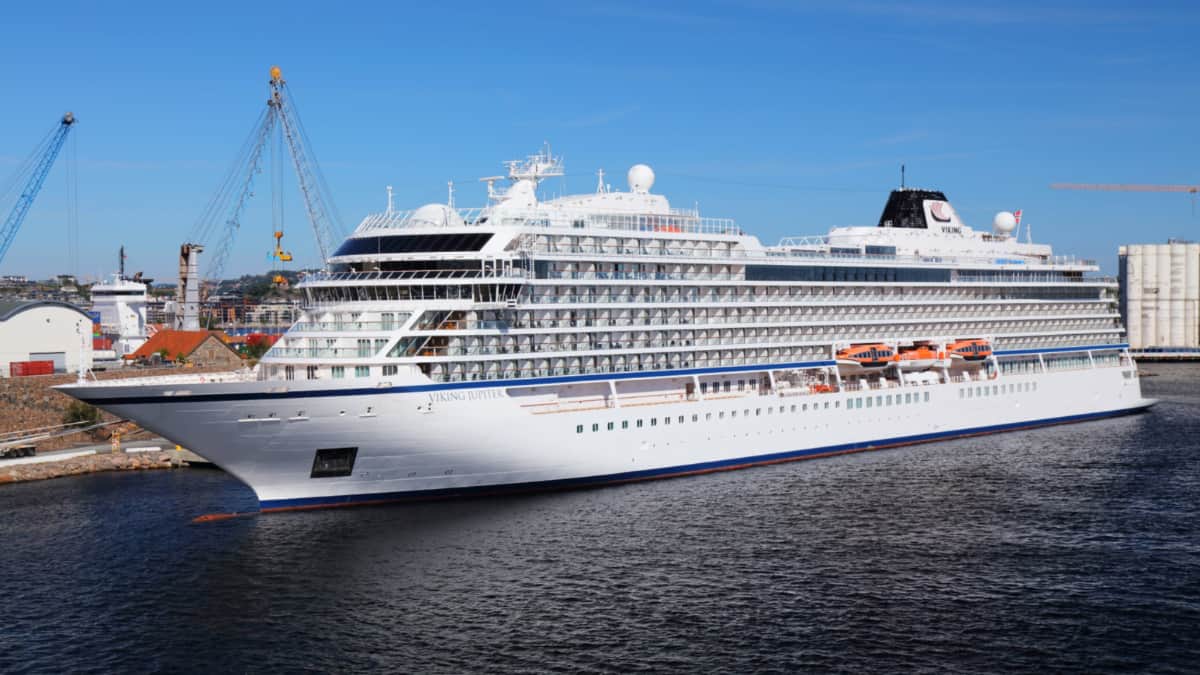 Viking Cruises and shipbuilding giant Fincantieri have signed a deal for four more cruise ships, bringing the total number of vessels built by the Italian shipbuilder for the cruise company to eighteen.

The options for two of the builds were put in place back in 2018, and the cruise line has now signed a contract for those builds to go forward. The building of a fifth and sixth additional vessel has also been signed. The tidal value of the agreements amounts to 1.7 billion euros.

The success of the move to ocean-going cruises is moving along as planned for Viking Cruises. It is so successful the cruise line has now made plans to have four additional ocean-going cruise ships built by Italian shipbuilders Fincantieri.

The cruise line had already signed an option for six ships back in March of 2018, of which two have already been committed.

The cruise line and shipbuilder have now signed the contracts for a third and fourth ship and the agreement for the fifth and sixth units, subject to access to financing as is the industry practice.

Deliveries for the four new cruise ships are scheduled for 2026 and 2027, and two more vessels will be delivered in 2028. The total investment from Viking Cruises is around 1.7 billion euros, spread between the four ships.

Since the company first ordered ten ships in 2012, following a move from being a river ship cruise line, to including Ocean cruises, Viking has made incredible progress in what many considered an already saturated market. Since 2015, the company has managed to bring out one vessel each year, only missing out in 2020 due to the pandemic.

Viking has achieved this by steadily remaining at the top end of guest ratings and has won multiple prizes for the best cruise line. In 2018, Viking Orion was named one of the World’s Best Places to Stay for 2018.

The company succeeded by marketing primarily to an older, well-off demographic, offering everything from free internet to a complimentary excursion in each port and free beverages during meals, including wine and beer.

“We have become known as much for what we are as what we are not,” says Richard Marnell, Viking’s Senior Vice President of Marketing. “We offer a travel experience with no casino, no children, no umbrella drinks, and no nickel-and-diming.”

Viking cruise ships follow the same design throughout the fleet. However, since the launch of the 47,842 gross tons Viking Star, each subsequent vessel has been updated and upgraded to include the most modern safety equipment and procedures, navigational equipment, and guest facilities.

The four newest generation Viking cruise ships will see those same upgrades and be fitted to be used with Hydrogen fuel cells. Viking will likely not be making a move to LNG-powered cruise ships.

Torstein Hagen, the founder and chairman of Viking Cruises, has been critical of cruise operators moving to LNG-powered ships. According to the chairman, LNG would be more environmentally harmful due to the methane released.

With the new vessels running, at least partially, on Hydrogen, it would allow them to sail emission-free in specific fragile environments such as the Norwegian Fjords.

The right leadership mindset and competencies from EHL Graduate School

The right leadership mindset and competencies from EHL Graduate School