Hike and bike your way off Morocco’s beaten path 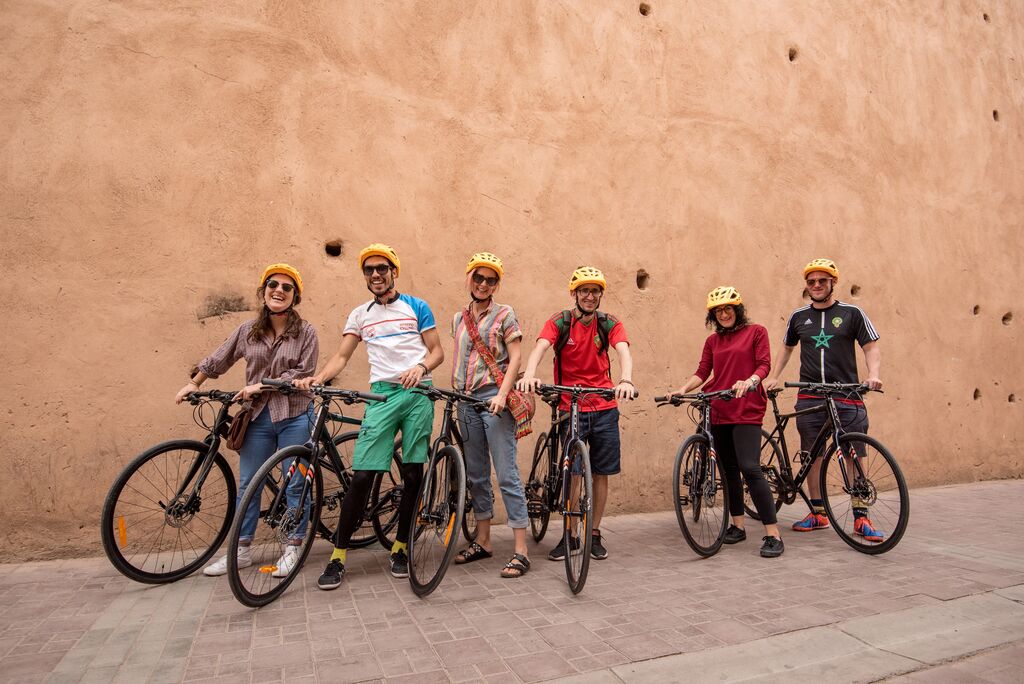 Travellers might be drawn to Morocco for its markets and food, but now, with the launch of a new active trip, Intrepid trip leader Fayssal Mallouki is excited to showcase the country’s more adventurous side.

With their dynamic mix of culture, cuisine and architecture, Morocco’s cities – from Marrakech to Fez to Casablanca – have long been a travel favourite.

But beyond the cities’ bustling medinas (old towns) and newer layers of modernity, Morocco has plenty to offer the adventurous and active traveller looking to explore beyond the bus windows. If you’re after a more intimate, immersive and open-air journey through Morocco’s diverse landscape, Intrepid’s new Morocco: Hike & Bike trip could be exactly what you need in 2023.

On this trip, travellers walk, cycle and even ride camels through beautiful, lesser-known parts of the country, from the rolling sand dunes of the Sahara Desert through to the oases and towering gorges dotting the Atlas Mountains.

Intrepid trip leader Fayssal Mallouki, who hails from M’rirt city in Khenifra province, is excited to be leading this trip from April 2023. Fayssal has been working with Intrepid since 2018, and loves to welcome visitors to his country. “I’m a very social and adventurous person, and I love meeting people from different places and nationalities,” he says.

When Fayssal was 14 years old, his brother introduced him to cycling, and he has since spent plenty of time exploring the natural world of Morocco on two wheels. As his admiration for the great outdoors grew, so did his love for trekking, which he started doing in 2015. This new trip lets him combine these two modes of travel, all while sharing his extensive local knowledge and appreciation of his home country.

“The mixture between hiking and cycling in the new itinerary will make the trip very active and adventurous,” he says. “Active trips are a different experience as well, because the customers gain a deeper understanding of many things, including the cultures of the country, through their interactions with the local communities.”

The trip itinerary reads like a highlight reel of Moroccan adventures: ride rocky trails through Berber villages and hike through valleys and high mountain passes in the Atlas ranges; explore the Todra Gorge’s towering orange limestone cliffs and nearby palm groves by foot; take a camel safari to a secluded campsite in the Saharan Desert, where you’ll sleep soundly under the brilliant night sky; and visit the 11th century mud brick kasbah (fortified village) of Ait Benhaddou, featured in Game of Thrones and Gladiator.

While Kasbah Ait Benhaddou is a remarkable place, the road it rests on – one of the few routes across the Atlas Mountains – is pretty special in its own right.

“Since ancient times, Morocco has been the centre of trading in the north-west of Africa. Fez and Marrakech have alway been very important commercial, exchange and meeting points for most traders,” Fayssal explains. “To reach the cities, many of the caravans [groups of people travelling together, often on trade expeditions] used to travel from the eastern and sub-Saharan countries across the Atlas Mountains on the same paths that exist today. Our itinerary passes through these routes – the Ounila and Ziz Valleys – making the trip just fabulous.”

We know – this all sounds pretty amazing. But what if you’re worried your athletic levels aren’t quite up to scratch for all of this hiking and biking? While a base level of fitness is a good idea for any active trip, Fayssal and the other local leaders will always do what they can to help their group. “We always try to make an active adventure easier for the customers if need be,” he says. “For example, e-bikes are usually available for cycling trips and can be provided by the company.”

In a country famed for its vibrant cities, Fayssal is looking forward to showing travellers a different – but no less impressive – side to this well-loved destination. “With incredible biodiversity, four mountain ranges, the Sahara, oceans, and the mixture between old and new cities, Morocco is a great destination for an active adventure.”

Be one of the first to immerse yourself in a lesser-known side to Morocco on Intrepid’s brand new Morocco: Hike & Bike trip.

Join me on a trip to Antarctica

18 Best Things to do in Guatemala