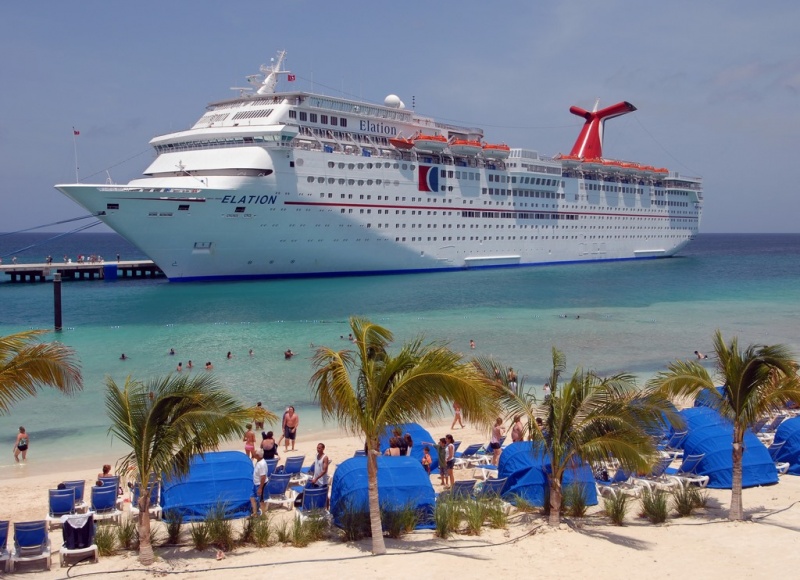 Launched in the late 1990s, the Carnival Elation is about to complete 25 years in service. One of the two Fantasy Class vessels that are still in service, the Carnival Cruise Line ship was floated out of its building dock in Finland on January 4, 1998.

Delivered by the Kvaerner Masa-Yards a few weeks later, the 70,367-ton vessel officially debuted on March 20 of that year.

As the first new mega-ship to be based year-round in the Port of Los Angeles, the Elation first sailed a 16-night Panama Canal voyage.

Cruising from Miami to the ship’s first homeport, the one-way itinerary included visits to ports in Colombia, Panama, Costa Rica and Mexico, such as Cartagena, Balboa, Puerto Caldera and Acapulco.

Then, on April 12, the Elation kicked off its inaugural program on the West Coast, which included a series of seven-day roundtrip cruises to the Mexican Riviera visiting Puerto Vallarta, Mazatlán and Cabo San Lucas.

After five years sailing from Los Angeles, the 2,040-guest vessel repositioned to Galveston in 2003, offering week-long cruises to the Western Caribbean.

In 2007, the Elation returned to the West Coast for a series of short cruises to Baja California departing from San Diego.

Before arriving in Jacksonville, its current homeport in Florida, the Carnival Elation also offered cruises departing from Mobile, New Orleans and Port Canaveral.

Extensively refurbished over the years, the ship underwent a major makeover in 2017, receiving upgraded public areas and cabins.

While 38 new cabins were added around the ship, 98 existing staterooms received private balconies and the Camp Ocean children’s programs was introduced.

Set to be drydocked for routine maintenance later this month, the ship is also receiving Carnival’s new livery, which includes a stately navy-blue hull along with vibrant red and white accents running the entire length of the hull.