“With many pandemic-era travel restrictions in the rearview mirror, we are out in the world again. The winning entries in our 23rd annual photo contest were captured all over the globe, but they are connected by a common thread—gratitude. They share an appreciation for life’s everyday wonders, be they small (the tidiness of a shoeshine station or the shimmer of a fish’s scales) or large (the thrill of a lightning strike or the vast expanse of a night sky). Travel hones our awareness of wonder at any scale.” —The Washington Post

Guided by our Expedition Leader into the wilds of Alaska’s Katmai National Park, Wes and his wife Linda, along with just a few other guests, witnessed a tender moment shared between three grizzly cubs. Wes picked up his camera and took this photo, earning him a second place title and a lifetime of memories.

I chatted with Wes to learn the story behind his award-winning shot. Read on to see the full interview!

Tomer: It was actually our first afternoon out after arriving to Katmai, we trekked into Geographic Harbor and were amazed by the density of bear activity in the area and immense beauty of the landscape. It was fascinating to watch these massive bears chase the salmon while paying very little attention to us. During that time, a mother with three cubs arrived stealing the show from all the other bears. I started to focus on their interactions and at one point the mother, while fishing, moved a good distance away from the three. I then stayed closely focused on the three and that is the shot I took. The curiosity and apprehension on their faces were a result of being surrounded by many other bears, engulfed in their own feeding frenzy. It also shows that together, there is comfort. 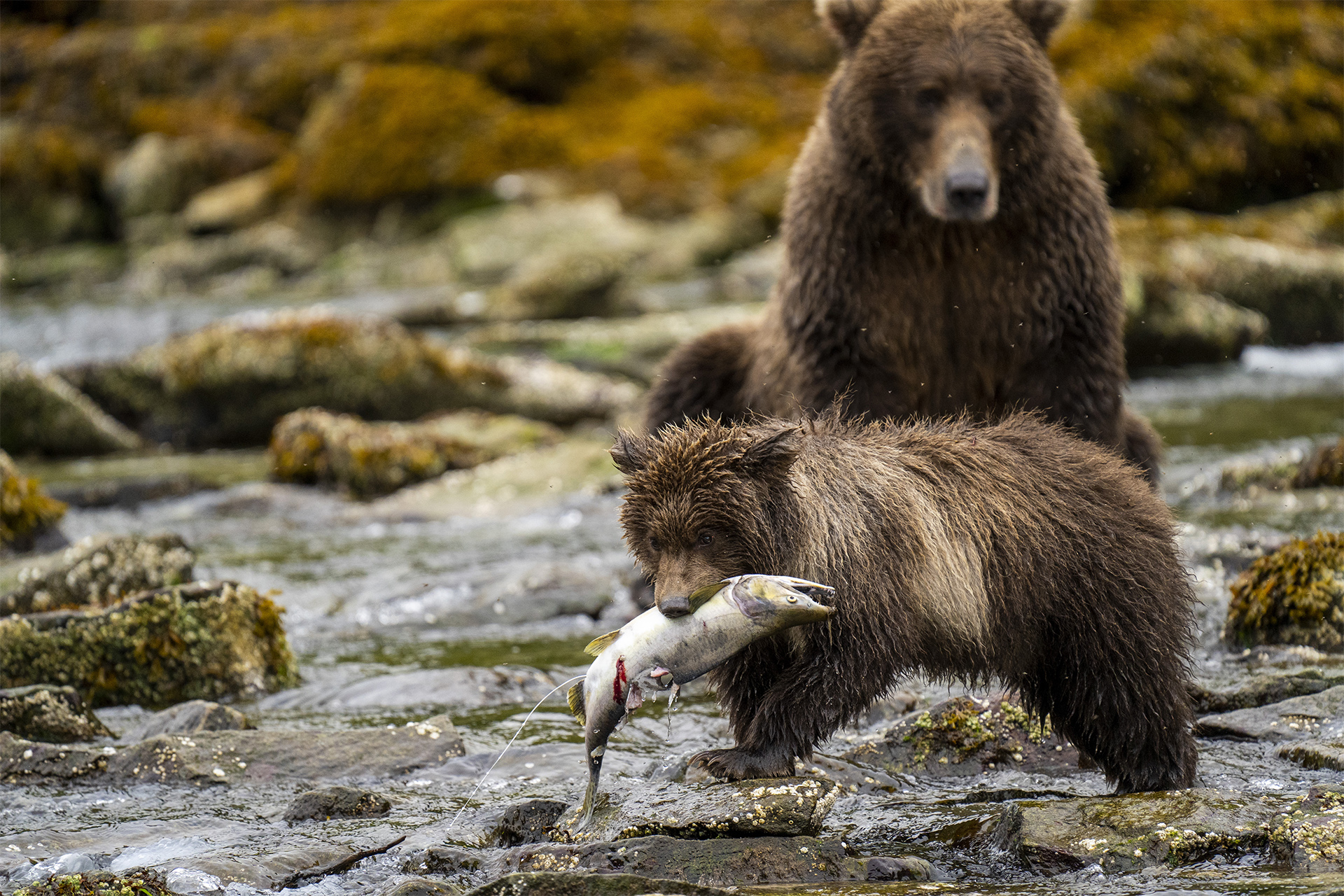 Brief: What inspired you to choose that particular image over the others you had taken in Alaska?

Tomer: Easy answer—Linda. It was her favorite picture I took on the trip. I was leaning toward an action shot of a bear fishing or cubs playing, but this one does capture many emotions and feelings in one shot. Plus, who doesn’t love cubs! 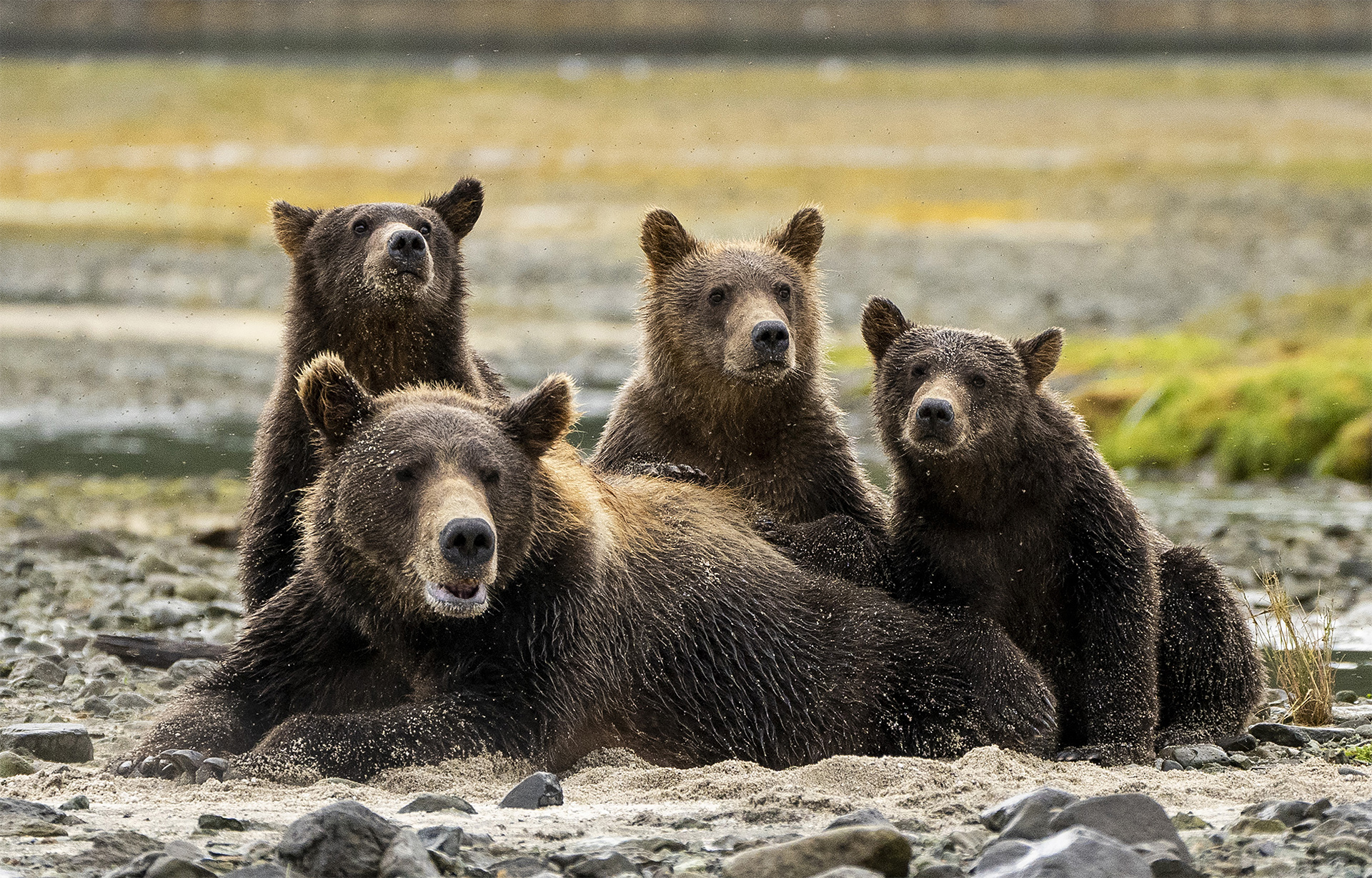 Brief: Which Natural Habitat Adventures trips have you embarked on as a couple? Which trips are next on your bucket list?

Tomer: So far we have been on the Ultimate Churchill Adventure and the Alaska Grizzly Encounter: Kodiak to Katmai. Although we didn’t travel with Nat Hab to Uganda to see the mountain gorillas (the timing and itinerary didn’t work for us), we stayed at the same lodge as the Nat Hab group and trekked with them on the first day, so it felt like we were on a Nat Hab trip! 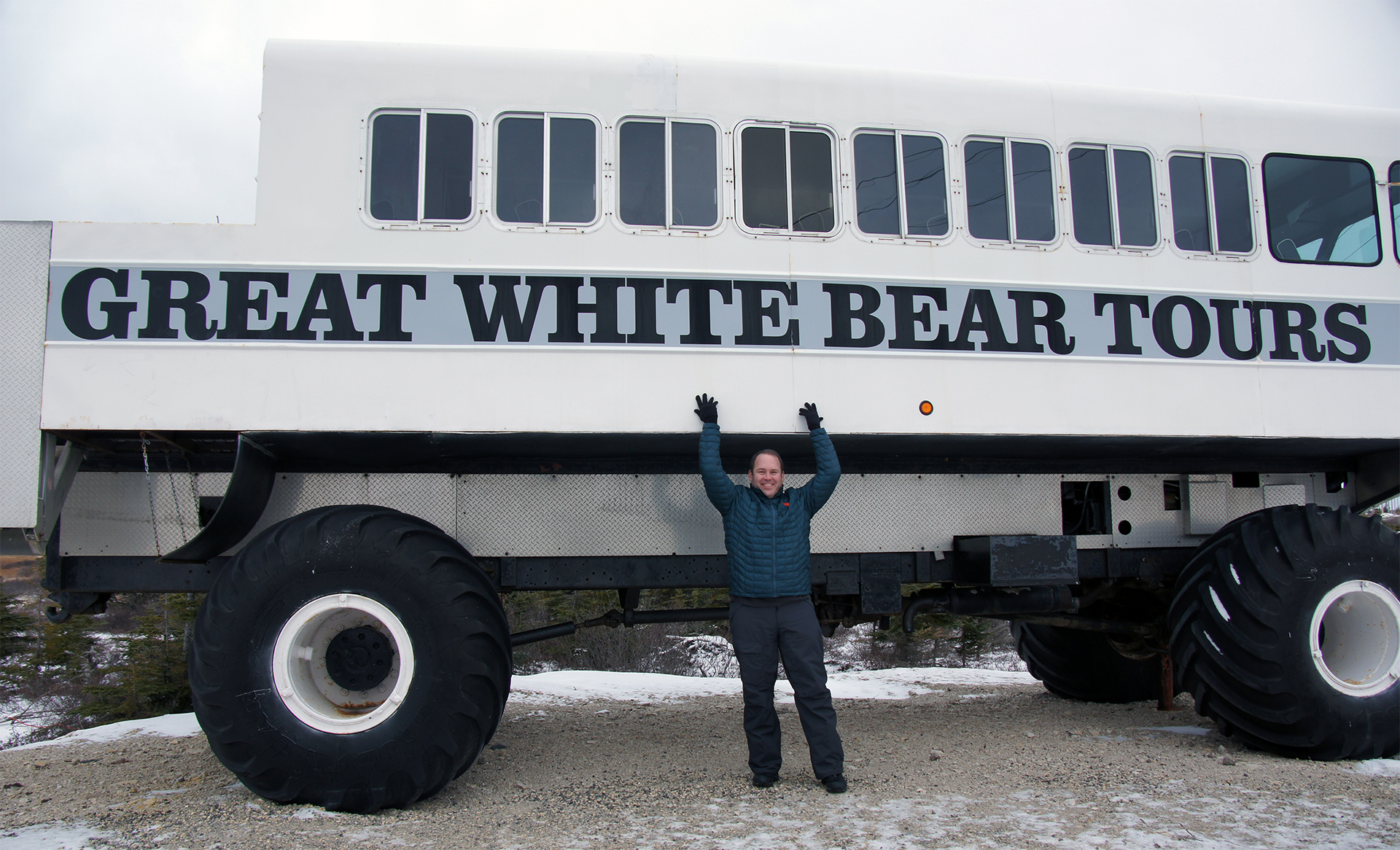 Wes posing in front of our Polar Rovers in Churchill.

We’d love to do Antarctica, South Georgia and Falklands next. Linda grew up in the UK and had a pen pal in the Falklands whom she lost touch with after the war. They just reconnected and she would love the chance to meet her in person. It would also allow us to add another continent to the list! Although, we may have to travel back to the Arctic for the polar bears or Botswana for another safari first. We’d also like to do the Land of the Snow Leopard and the Wilds of Borneo trips!

Brief: How would you describe the Expedition Leaders’ and naturalist guides’ abilities to allow for the closest proximity to wildlife to help extend the reach of your lens? 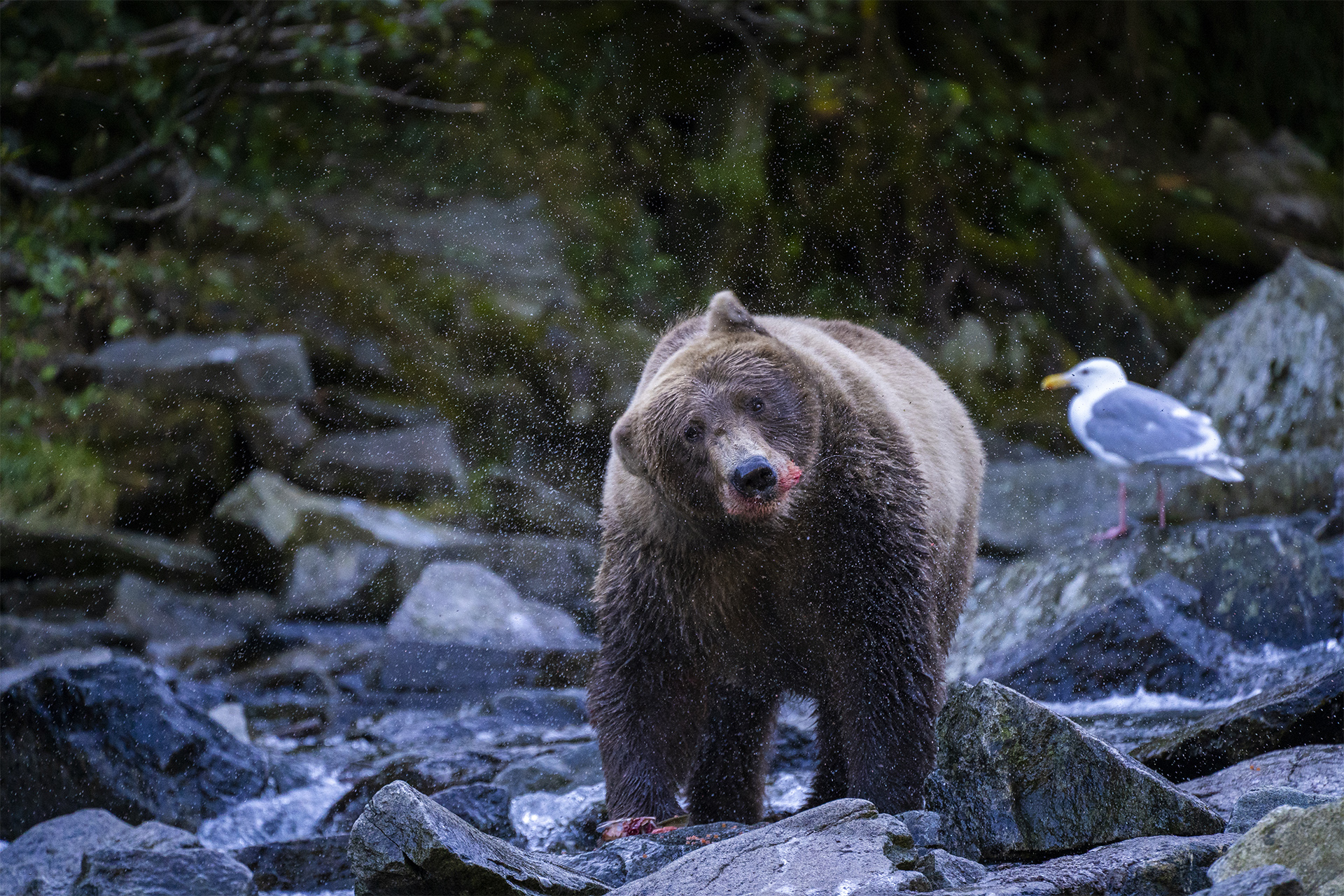 Tomer: Drew Hamilton, our polar bear guide, and Brad Josephs, our grizzly guide, were absolutely top-notch. Their knowledge, passion and care for both the travelers and wildlife, were amazing and added tremendously to our experiences. Then, add in their expertise with photography; positioning us for the best shots, helping educate us on the best set-up in the various environments and how best to interact with the wildlife, allowing for closer encounters. What more could you ask for with your guides! 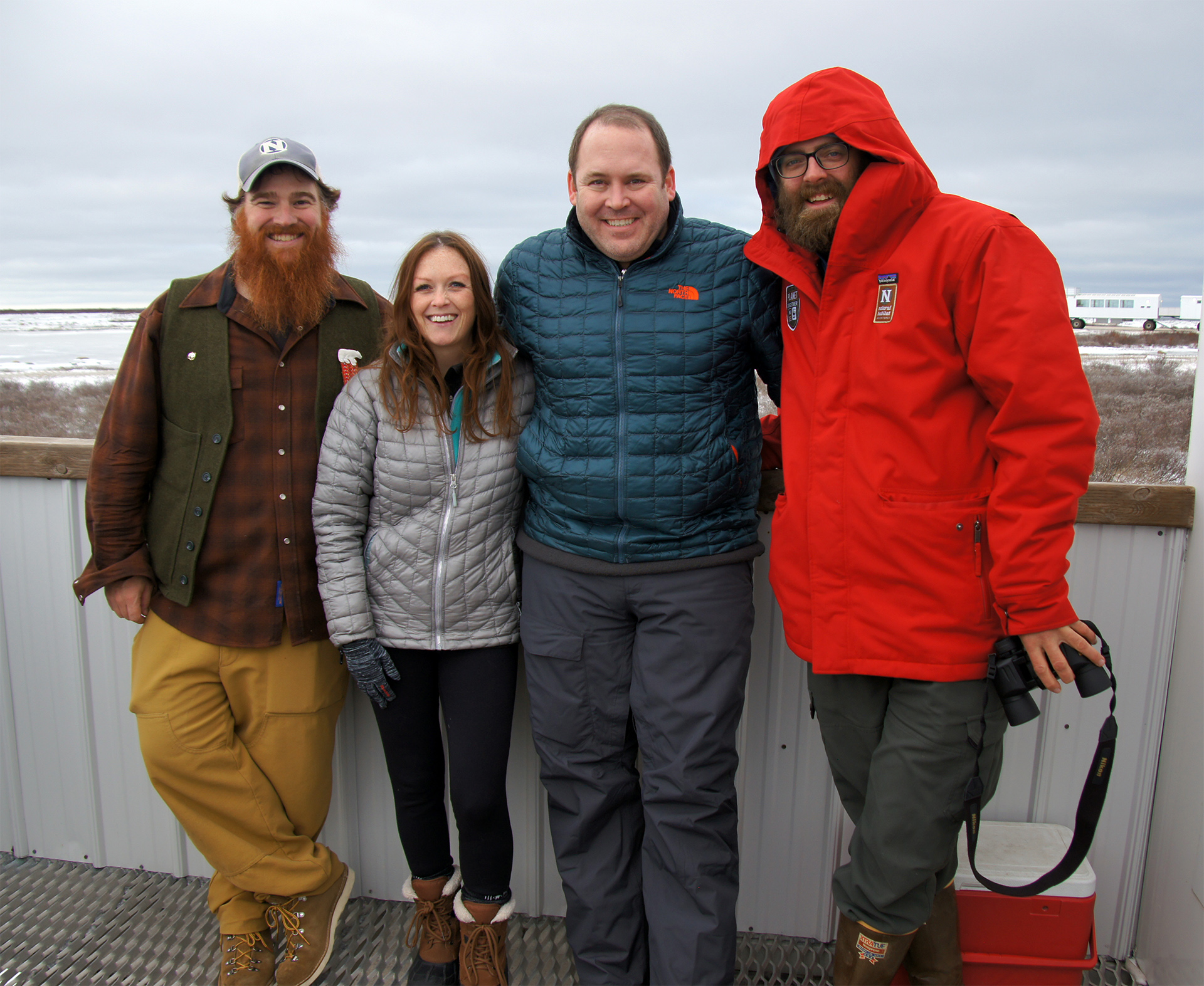 Brad Josephs, Linda and Wes aboard our Polar Rover in Churchill.

Brief: In your experience, which animals require the most patience and planning to photograph? How do you position yourself and adjust your camera settings to account for varying environmental conditions?

Tomer: Out of Nat Hab’s trips, I would have to say the polar bears, as you are effectively shooting white on white on white (polar bear, snow, and clouds), with varying degrees of light and visibility. Africa afforded me the luxury to position myself better, but the quick movements, changing landscape, and sheer vastness meant you had to be prepared at all times and able to quickly adjust, especially to capture a predator encounter. 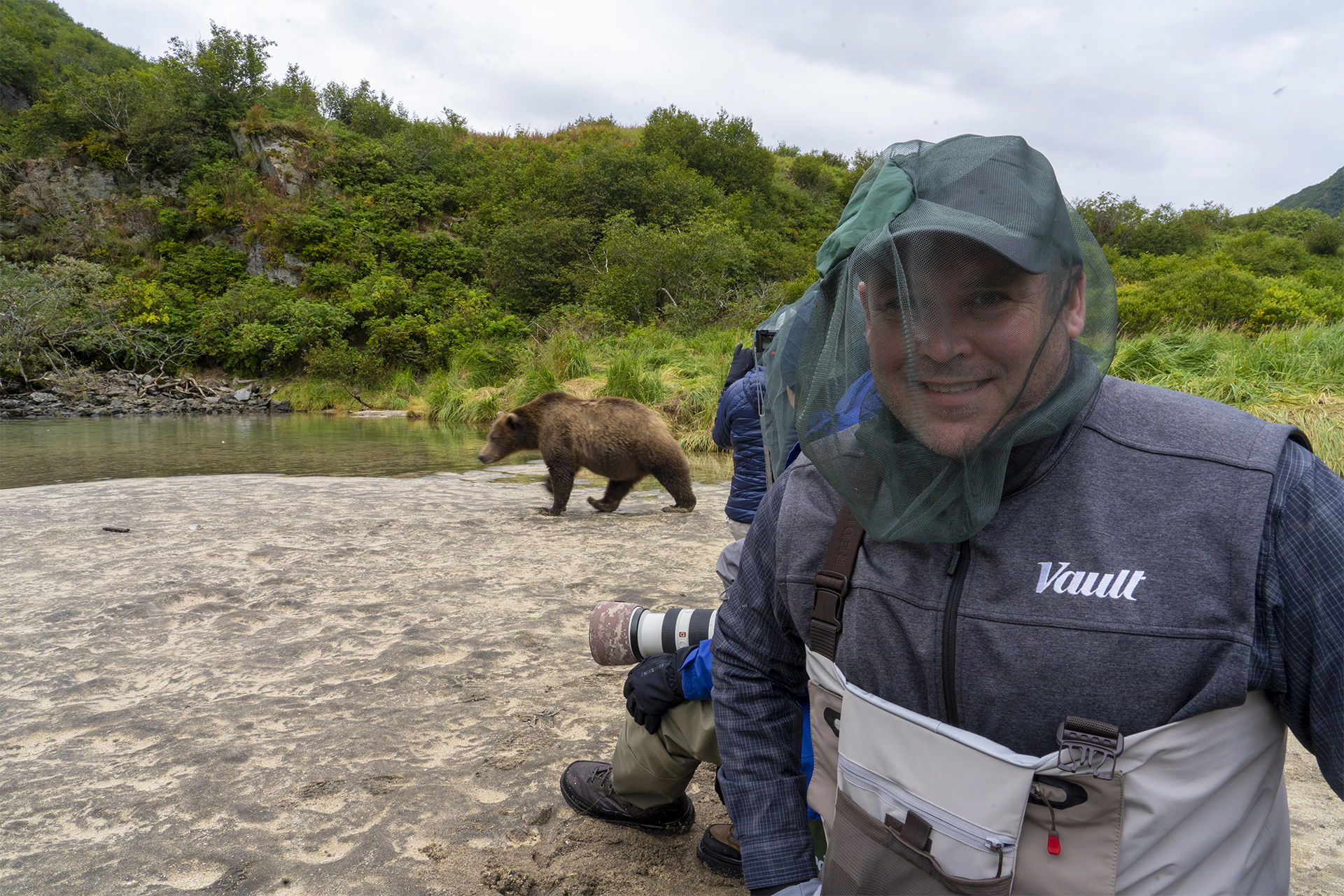 One of Wes’ many close encounters in Katmai!

Brief: How did your experience with grizzlies differ from your time with the polar bears? Did you have to adjust your photography methods depending on the bears’ behavior? Which bears would you like to observe next?

Tomer: I didn’t change much between the two trips, although I did have a new camera for the grizzly trip, but relatively the same lenses. For the grizzly trip, I brought different gear, such as a light tripod/mono-pod and rain gear as we knew we would be more exposed to the weather. The primary thing I learned between the two trips was to take a moment away from the camera and just observe these majestic animals in their natural environment. These were the first bear trips we have made, but we are looking at another trip for polar bears or a new trip to see the sun bears in Asia! 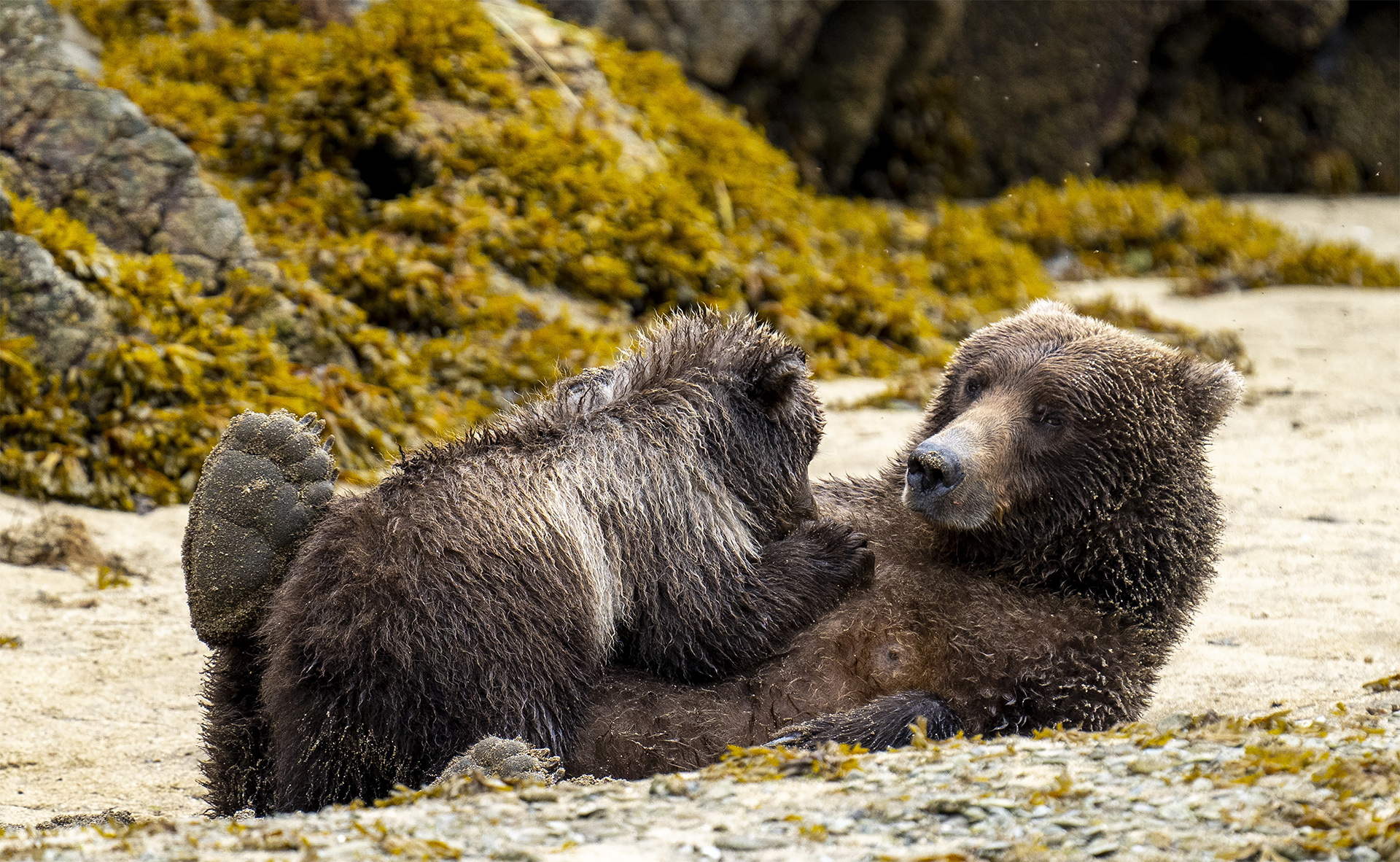 Brief: When traveling, what camera gear do you pack? Do you prefer light-weight, or having all your essentials with you?

Tomer: It really depends; for safari and the polar bears, we had the luxury of extra storage in a vehicle, so I essentially took everything I had to make sure I could get the shot. When we did the Great Migration in Tanzania, I had two Sony cameras set up so I didn’t have to take time changing lenses for different shots due to the chaotic nature and intensity of a river crossing or predator encounter. For the gorillas and grizzly trips, I chose one camera body and minimal gear, allowing for easy carrying and less worry about the risk of damage from environmental factors. It let me just focus on the shot and provided ample time to sit back, watch and enjoy.

Brief: Which wildlife encounters have left the greatest impact on you both thus far?

Tomer: For Linda, she has had a lifelong obsession with polar bears, so going on the Ultimate Churchill Adventure was definitely a dream come true. Being able to see those majestic animals in the wild was indescribable. 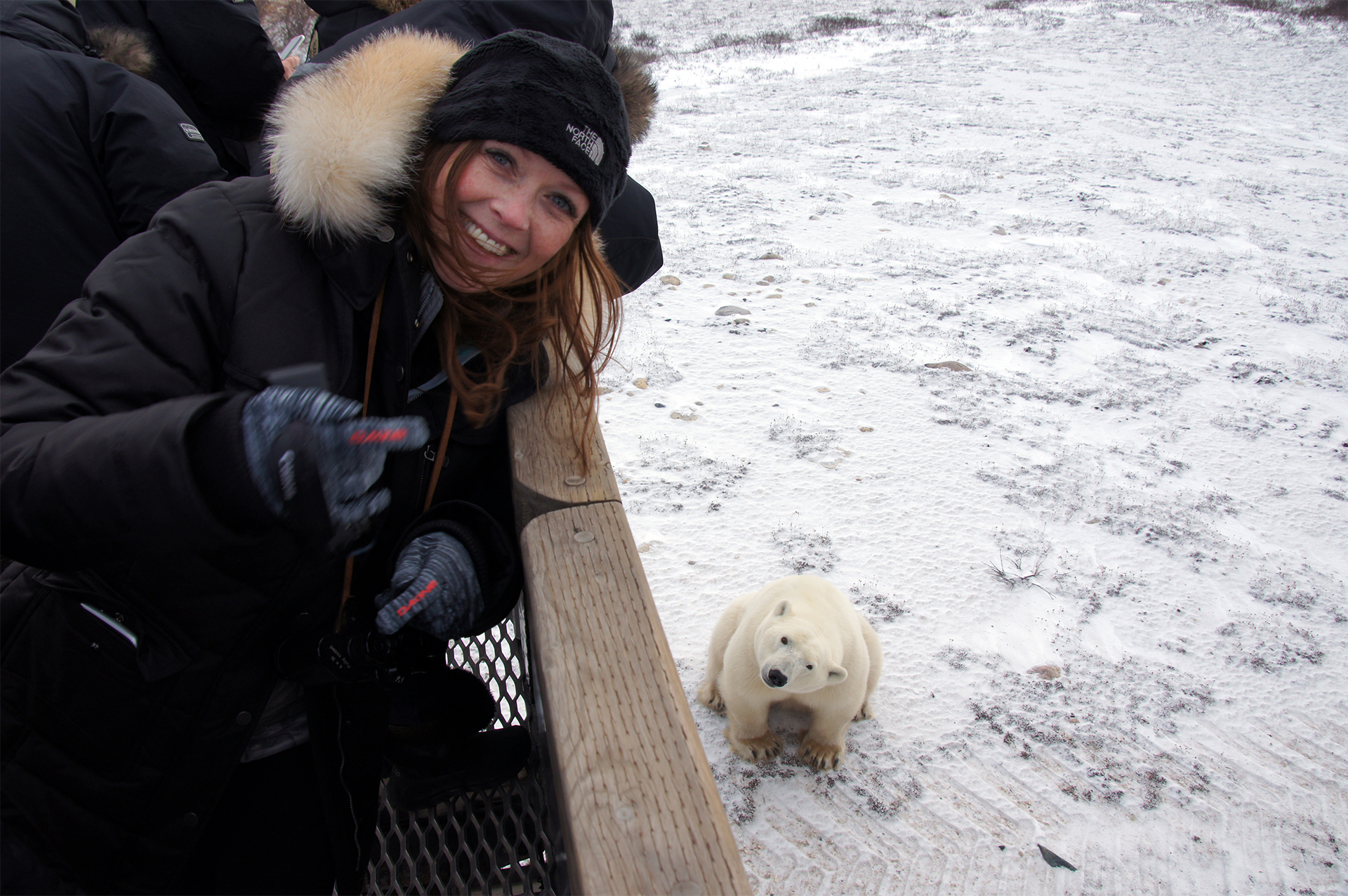 For me, I would have to say the safari trips in Africa. While both bear trips were incredible, the diversity of everything in Africa is an experience like no other—from the vast beautiful landscapes—to the diverse cultures of the people and the sheer density of animals in their natural habitats. I could sit in our safari vehicle from sun up to sun down, day in and day out, taking in all that Africa has to offer. Where else could you have extraordinary close encounters with the Big Five! 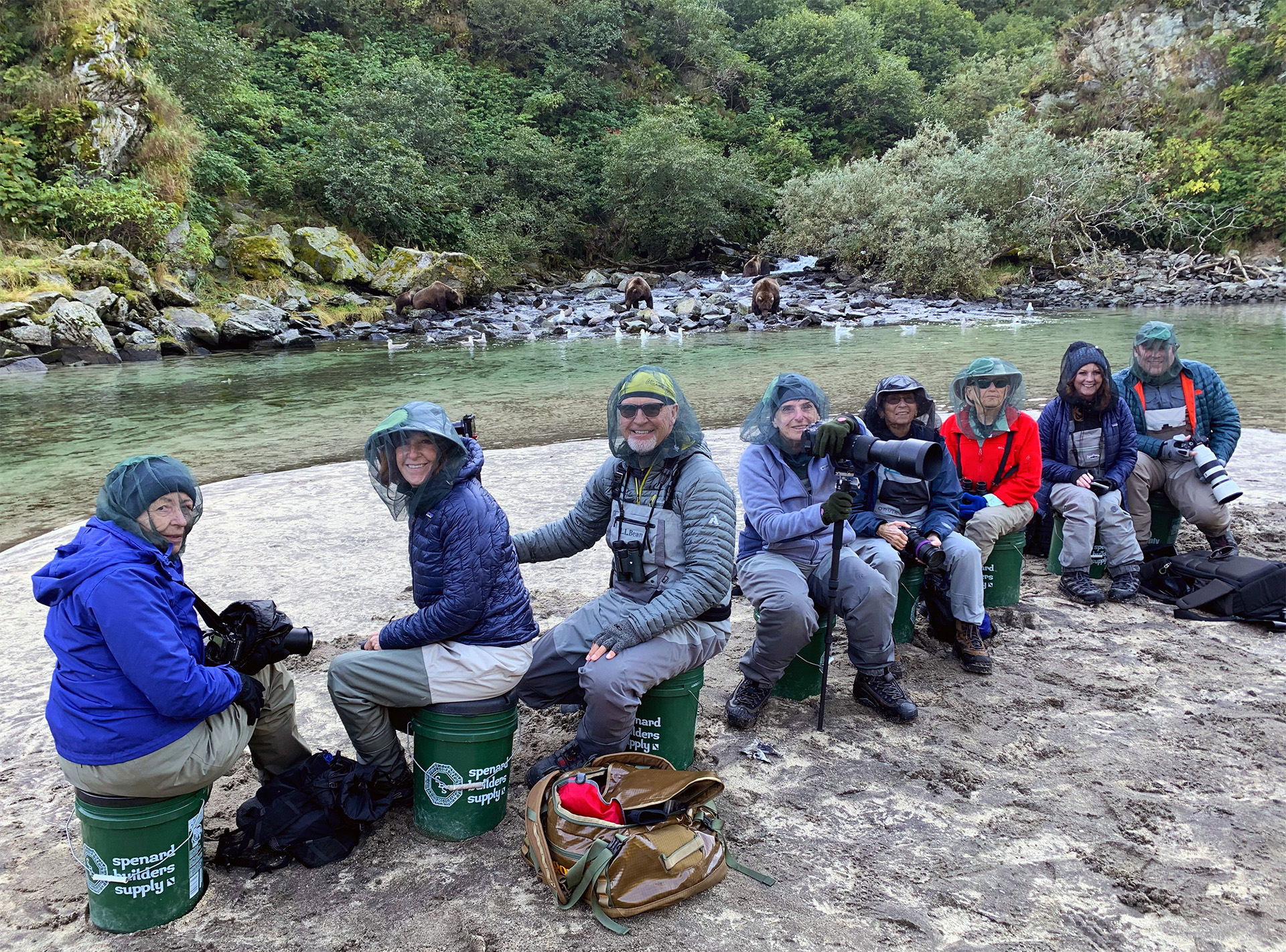