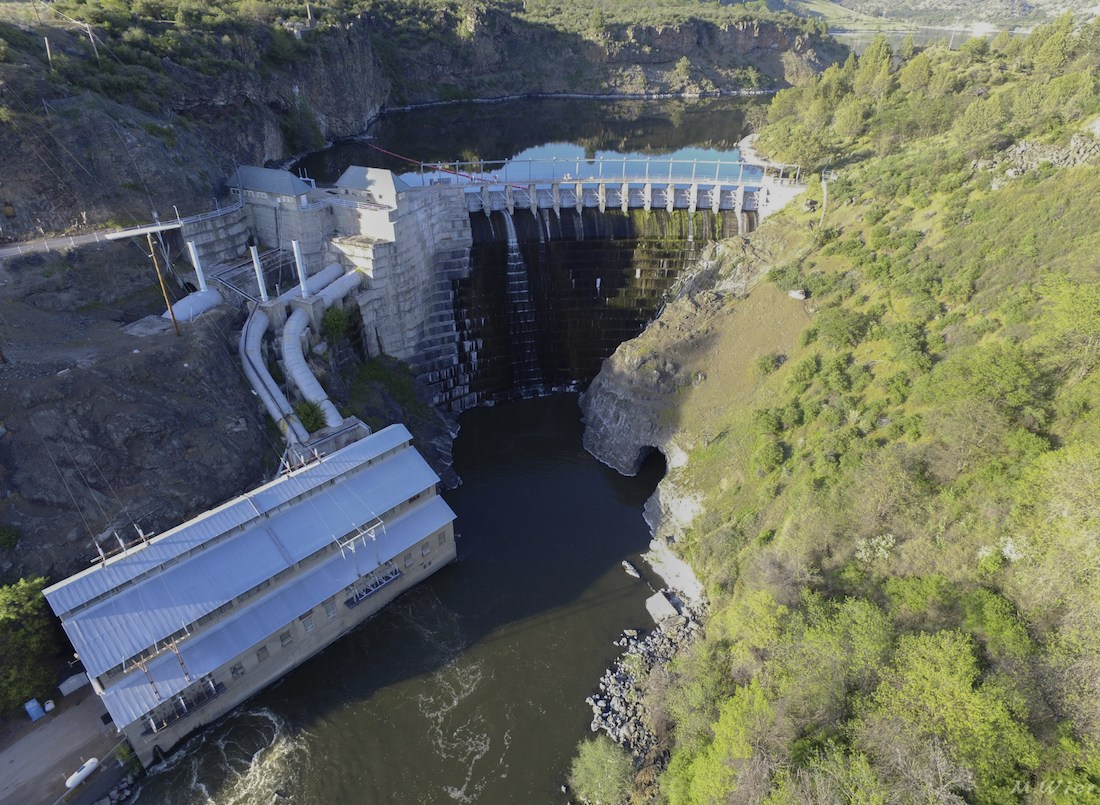 Finally, after a 50-year effort, four massive dams on the Klamath River in northern California and Oregon will start coming down this July.

For the Yurok, Karuk, Hoopa, Shasta and Klamath tribes living along this river since time immemorial, there’s much to celebrate. They have long fought for the lives of the salmon that are harmed by these dams, and for their right to fish for them.

Even PacifiCorp, which marketed the electricity of the four hydroelectric-producing dams, will also have something to cheer about. PacifiCorp, which is owned by billionaire Warren Buffett, won’t have pricey fish ladders to install and its share of the cost of dam removal has been passed to ratepayers in both states.

Environmentalists are also hailing this latest victory for river-renewal, based on the Electric Consumers Protection Act of 1986. The law ordered operators of most federal dams to provide passages for fish so they could swim upstream to spawn.

For California and Oregon officials, along with farmers and others who had reached an agreement as far back in 2008, the dam removals signal that this long and emotional fight is finally over. And why has there been a settlement after all this time? A short answer is the growing reality of the West’s increasing aridity.

In 2001, yet another dry year in the upper Klamath, farmers woke up to find their headgates for irrigation water locked. It was done to preserve flows for endangered salmon, but for outraged farmers it meant their crops were ruined and they lost anywhere from $27 million to $47 million. Death threats followed, along with shootings and even a farmers’ cavalry charge.

The newly elected Bush administration reacted by making sure the farmers got their water, though this triggered one of the largest salmon die-offs in history. The Klamath Tribes were infuriated.

The Federal Energy Regulatory Commission started tackling the issue in 2007 by ordering PacifiCorp to install fish ladders on its four, fish-killing dams. After electric rates soared 1,000%, that left everybody mad and set the stage for a deal.

In a turnaround for the Bush administration, a pact was almost reached in 2008, when Interior Secretary Dirk Kempthorne, who had stubbornly opposed breaching dams, persuaded Oregon Democratic Gov. Ted Kulongoski and Republican California Gov. Arnold Schwarzenegger to reach an agreement.

The deal had something for everyone: The Klamath Tribes, with senior water rights, subordinated those rights for a large grant to purchase land. The federal government paid half the cost of removing the dams, and the state of California paid the other half.

Then a stumbling block intruded: Powerful Republicans opposed dam removal and the legislation that would have put the agreement into effect.

But negotiations continued, this time without the federal government picking up any of the costs. As 2022 ended, California Gov. Gavin Newsom joined Oregon Gov. Kate Brown, PacifiCorp, the Tribes and others to celebrate the Federal Energy Regulatory Commission’s approval of the dams coming down.

When they hold the big celebration this summer as the dams crumple, I hope people remember the courageous role of former Interior Secretary Kempthorne, who broke the impasse over the dams back in 2008.

When the very first American dam was destroyed, in 1999, I was in Augusta, Maine, to help celebrate. After the Edwards Dam was breached, the Kennebec River ran free for the first time since the novelist Nathaniel Hawthorne walked its banks 160 years before. On the south side of the river stood residents whose ancestors worked in the mills the dam had powered. Many were crying. It reminded me that change is never easy.

And in 2012, I celebrated with others when the first of two dams on western Washington’s Elwha River was breached. In both places, and as is true for most of the 1,200 dams that have been removed since then, rivers have quickly returned to life.

I look forward to seeing that same amazing burst of renewal after the four lower Snake River dams finally come down.

Rocky Barker is a contributor to Writers on the Range, writersontherange.org, an independent nonprofit dedicated to spurring lively conversation about the West. He is a longtime reporter about the Northwest. Top photo — Copco No. 1 Unit. One of four dams slated for removal on the Klamath River; credit: Michael Weir/CalTrout