Tap into Traditional Canadian Food in 2022 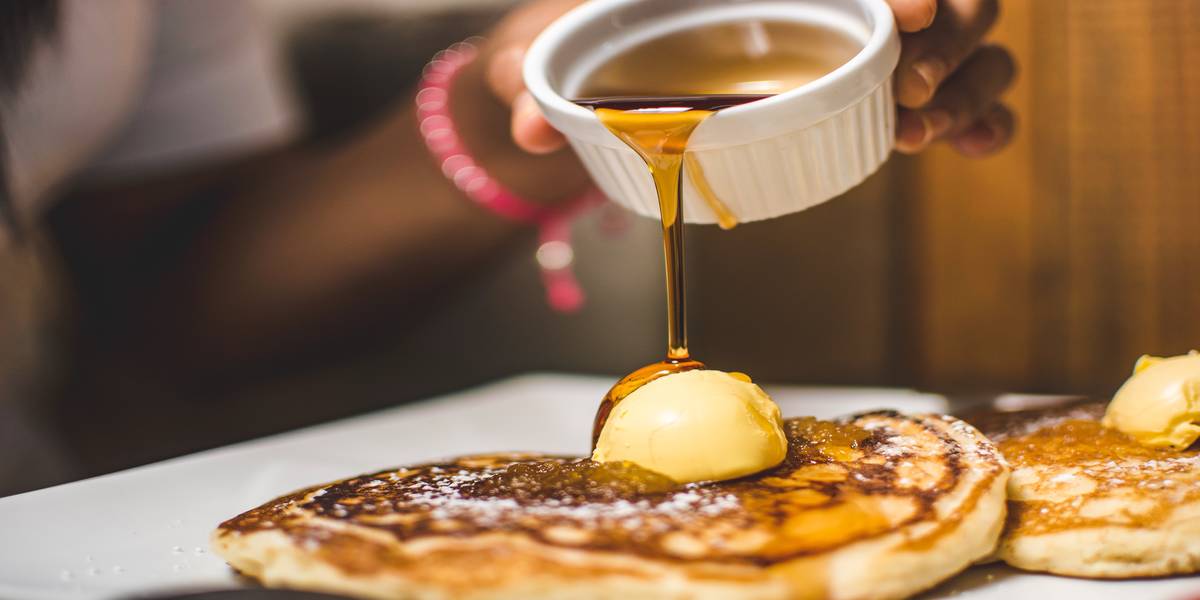 Canada and maple syrup almost go hand-in-hand, to the point that you could even say that the maple syrup from Canada is the best in the world, and many of us indulge in lashings of this amber nectar on our pancakes in the morning, or perhaps a dash of Canadian syrup to jazz up vanilla ice cream, but the history and traditions of collecting and making this delicious treat stem way back to before Canada was even Canada.

The history of maple syrup in Canada: facts to remember in 2022

The history of maple syrup in Canada stretches back at least a few centuries, so it’s no surprise that in Canada, maple syrup is a big deal. Maple water has been extracted from trees since long before the first settlers arrived. The First Nations—a predominant indigenous group who were the first inhabitants in present-day Canada—would extract the water from trees with diagonal cuts made at the base of the tree, which was the original method of tapping ie. the maple syrup tap. The sap would then be collected in pots, often made from birch bark.

Sap from the maple tree is 97% water and only 3% sugar, so the next job was, and still is, to evaporate as much water as possible. The First Nations would heat rocks in a fire, and once they were white hot, the rocks would be placed in the maple tree sap to evaporate the water. There is evidence to suggest that heating rocks in fires was a fairly common method for cooking, as well as heating up water or sap, for the First Nations people.

They had a very holistic view of life, meaning they would use what nature provided them for their day-to-day needs. This was no different when it came to their uses for maple water. Since hot rocks can’t maintain their heat indefinitely, it meant that maple water wouldn’t evaporate down to what we know as maple syrup today. When you next visit Canada, don’t miss out on getting yourself some delicious maple syrup!

Historian Pierre Rheaume, a researcher on the history of maple syrup, suggests that what the First Nations people were actually producing was more concentrated maple water, not syrup. This maple concentrate had several different uses. It was used as a tonic, and surprisingly, an eyewash, as their houses were often filled with smoke that dried out their eyes, and maple water was used as a remedy.

The significance and origins of Quebec maple syrup

When the French first arrived in the eastern part of the country—in what would become Quebec, where 80% of the world’s maple syrup is still produced—the First Nations people were already well-versed in harvesting maple water.

In the mid-16th century, the French explorer Jacques Cartier was the first European to map the Gulf of Saint Lawrence and the shores of the Saint Lawrence River, which he named “The Country of Canadas.” He saw the First Nations people extracting maple water and became intrigued. Upon trying it for the first time, Cartier and his men described the sap as similar to a fine wine (which may not be the best indictment of the vintage they had on their voyage to the New World).

The arrival of maple sugar in Canada: history and facts

The early economy of the first settlers in Canada was primarily based on the fur trade. The French would send envoys to boost trade by learning about the customs and languages of the First Nations people. Similarly, the First Nations people were equally inquisitive about the settlers’ equipment, including iron cauldrons. This led to maple water being evaporated off until only red sugar was left.

This was initially a problem for the French traders, as they had been hoping for white sugar. Since white was primarily associated with purity, the traders believed that white sugar would taste better. This red sugar, however, which became known as “country sugar,” gained popularity in France and made its way onto the market—and into European kitchens. When it comes to maple sugar, Canada still very much leads the way, another little nugget of maple syrup trivia for you!

Learning how to tap a maple tree: how to make Maple Syrup in 2022

By the early 19th century, new and more effective ways to harvest sap were being explored. This led to producers drilling a hole into the tree and adding an actual tap, which would allow the sap to pour directly into buckets without doing irreparable damage to the trees—a risk of the old method. The buckets would then be carried down to cauldrons for the evaporating process. This new method, however, meant an increase in the quantity of sap, which meant a need for a more industrious operation to create maple sugar.

Canadian history: the triumphs of tapping maple trees and how it helped Canada

By the 1850s, sugar shacks were an established part of the harvesting process. Numerous cauldrons would be fired up, and they could hold up to 60 liters of sap. The process would take up to 24 hours, and every 60 liters of sap produced 1.5 liters of Canadian maple syrup.

During this period, it was still hard to effectively store and preserve maple syrup so it was not available unless you worked in the sugar shacks. Producers were still very much in the business of making and selling maple sugar. Any excess syrup would be kept in barrels and left in the sun to create vinegar, as vinegar was hard to come by in Canada during this period.

The 20th century obviously saw a rapid change in many areas of production and technology, and maple syrup wasn’t left behind! Improvements were made in harvesting, production, and storage. Just before the turn of the century, in 1889, the aptly-named evaporator was invented. This new method of evaporating off the water in the sap cut the process down to just four hours, allowing for even more maple syrup and maple sugar to be produced which in turn sped up the maple syrup harvest season.

Sugar remained the preferred product until the 1920s when barrels and containers became more effective at preserving syrup. Even then, it was still only available by the gallon. By the 1950s, maple syrup made in Canada became available in cans, quickly turning it into a commodity that could be sold in grocery stores, as well as facilitated exportation—making it even more lucrative for producers.

With the increase in sales of Canadian maple syrup came an increase in demand. Producers now needed a more effective way of harvesting the sap. While the built-in taps were effective at extracting the sap, workers still had to carry buckets of it down to the shacks. In the 1970s, producers began to attach a network of tubes to the trees to siphon off the sap directly to the shacks and their evaporators. This method of tapping is still used today.

The health benefits of maple syrup and why you need to buy your own in 2022!