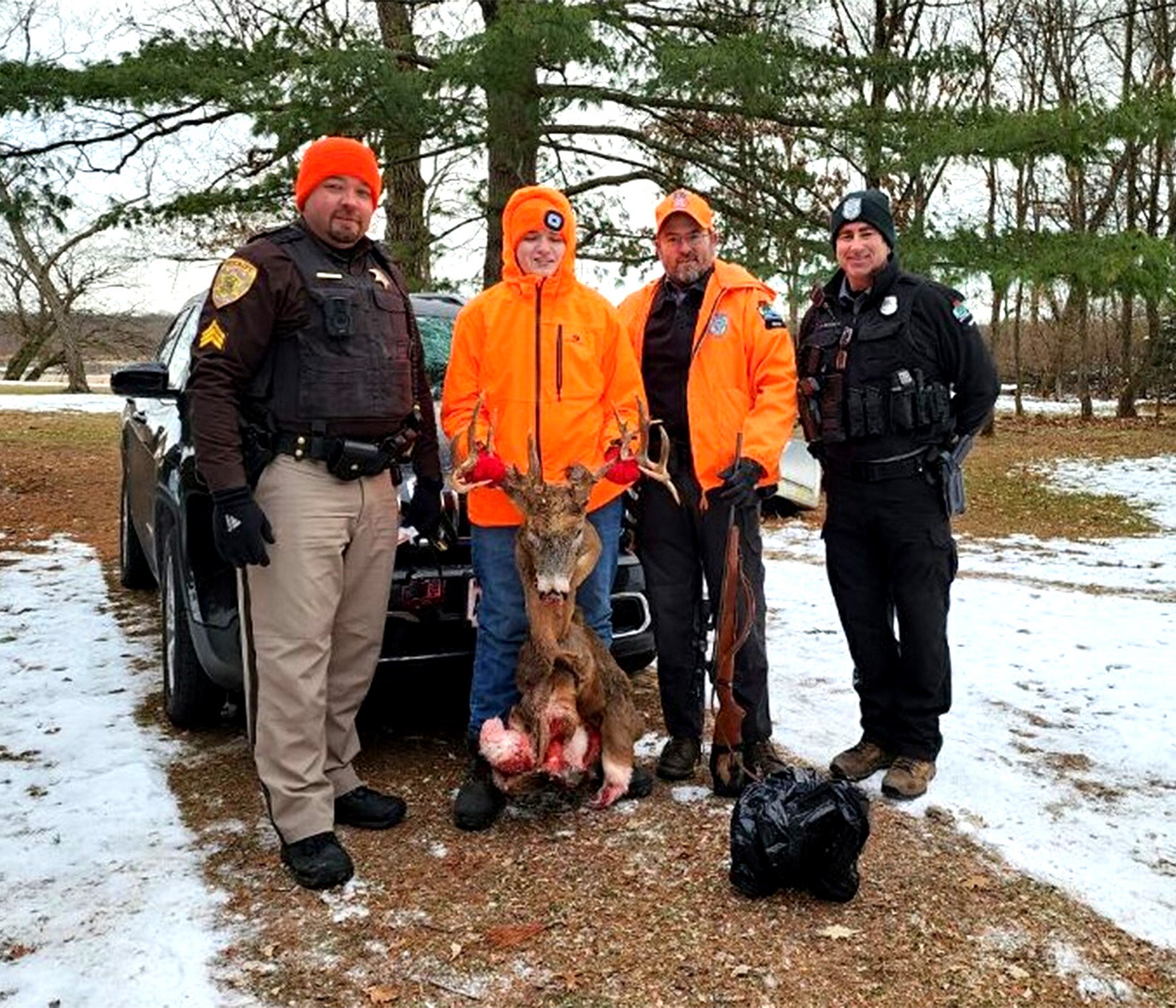 A 15-year-old Wisconsin hunter experienced an emotional roller coaster over the weekend when he shot his first buck, only to have the deer stolen before he could get a tag on it. But thanks to a viral social media post and help from local law enforcement, Garrett Diehm got his trophy buck back.

According to Garrett’s mom Sarah Diehm, who made the original Facebook post along with a YouTube video about the incident, Garrett was hunting on his grandparents’ property in Columbia County on Saturday, the opening day of Wisconsin’s nine-day gun season. The young man shot the buck that morning, and it went down within 100 yards of his stand. Like most first time deer hunters, Garrett was ecstatic when he saw the animal fall. Unlike many first deer, however, Garrett’s buck was a stud, with heavy main beams, a few kickers, and at least 12 scoreable points.

My son’s 1st buck.Unfortunately it was stolen right off our property. Please keep an eye out for anyone bragging abt a…

Garrett was so excited that after snapping a few pictures, he and his mom walked up to the house to show the photos off to his grandparents. They also grabbed a wagon to haul out the deer, along with some other supplies. But by the time they got back to where they had left the buck, it was nowhere to be found. Garrett was devastated.

“I was just amazed and really mad. I did not think that would happen to us back on our own property way back in the woods where there’s like nobody back there,” Garrett later told a local news outlet.

It didn’t take long for Sarah to turn their anger into action. That afternoon, she made a Facebook post explaining what had happened. That post went viral in a hurry, with more than 4,000 people sharing it before the day was done. Sarah also filed a report with the Wisconsin Department of Natural Resources and the local sheriff’s office, and they began their joint investigation that day.

The next morning, someone in the family walked outside to find the buck’s head and cape wrapped in a trash bag and sitting on the hood of the grandmother’s car. The game warden and Sheriff’s deputy came out right away, and when the warden unwrapped the head, he discovered it had a hunter’s registration number tagged to it. To everyone’s surprise, the hunter who took the buck returned to the property, where he confessed and explained that he’d already brought it in to get processed.

Read Next: Thieves Are Stealing More and More Racks From Hunters in the West—and Their Profits Keep Growing

“The guy came back and confessed,” Sarah explains in the video. “He thought someone lost the deer while tracking it. The deer was about 80 feet from the stand it was shot from. He did not try to find the owner of the deer. Instead, he tagged the deer in his name and took it to a butcher to be processed. He did apologize to my son and myself. He also said he will pay the butcher’s processing fee.”

The Columbia County Sheriff’s Office confirms that the man who confessed to taking the deer was charged with theft and trespassing. They also credited Sarah’s original Facebook post for helping fast-track their investigation.

This young man got his deer back today! The suspects have been identified and charged with theft and trespassing. A…

“A big thank you to the Facebook sleuths and for everyone who shared the story,” the sheriff’s office wrote in a Facebook post on Sunday. “The original post from this hunting family has gotten over 4,500 shares in less than a day. Without that, this quick outcome would not have been possible.”

Paul Nadoski, the game warden who led the investigation, said the incident also serves as a reminder for hunters to keep a close eye on their trophies. Antler theft seems to be on the rise these days, and Outdoor Life has already reported on the rash of stolen racks in the West this season.

“Don’t leave anything of value out where people can see it,” Nadoski said yesterday. “There are people in this world that are just that way—they are going to come and try to take it.”

How & Why To Rent Your Land for Camping — Tents, RVs, Glamping, Cabins, and more