The unhealthy appetite leading Vietnam to a public health crisis 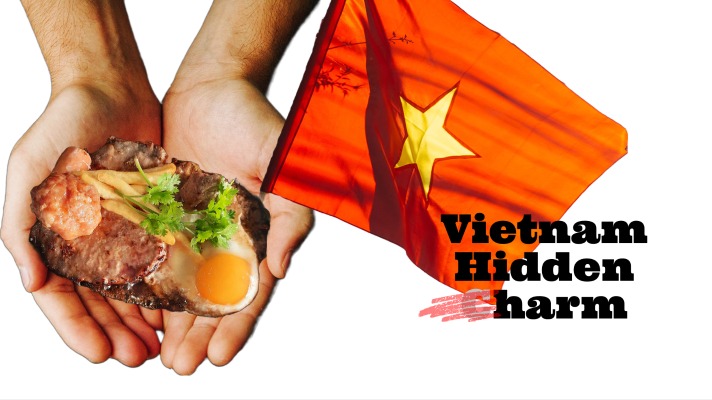 When I first came to live in Vietnam over 12 years ago, I thought I was going to adopt the Vietnamese diet and lifestyle and never have to worry about being overweight and unhealthy again.

What I didn’t know, however, was that I was walking into a looming public health crisis among a nation of people that I assumed ate healthy food everyday.

A decade on, almost 20% of young people between the ages of 5 and 19 are either overweight or obese, while the prevalence of diabetes in the 10 years prior to 2016 had almost doubled already, leaving an estimated 1 in 20 Vietnamese with the disease.

Who knows what that figure is today [*new update here].

Now, UNICEF has predicted that by 2030, almost 2 million Vietnamese children will be obese if nothing is done immediately.

And to add to that, it’s estimated that more than 50% of people with diabetes in Vietnam don’t know they have it.

How did this country known for its seemingly healthy cuisine find itself in the midst of such an alarming public health issue?

Join me in this first episode of my podcast series in which I attempt to find out things I should have known years ago about the country I now call home.

If you see this content reproduced in any shape or form anywhere other than on thebureauasia.com, then it has been used without our permission

The Bureau covers stories of interest to people living and travelling in Southeast Asia. We’re always on the look out for interesting stories and things. Follow us on Facebook at @thebureauasia & Instagram at @thebureauasia

He Thought Long Covid Ended His Wildlife Adventures, Then He Met the Bears

He Thought Long Covid Ended His Wildlife Adventures, Then He Met the Bears