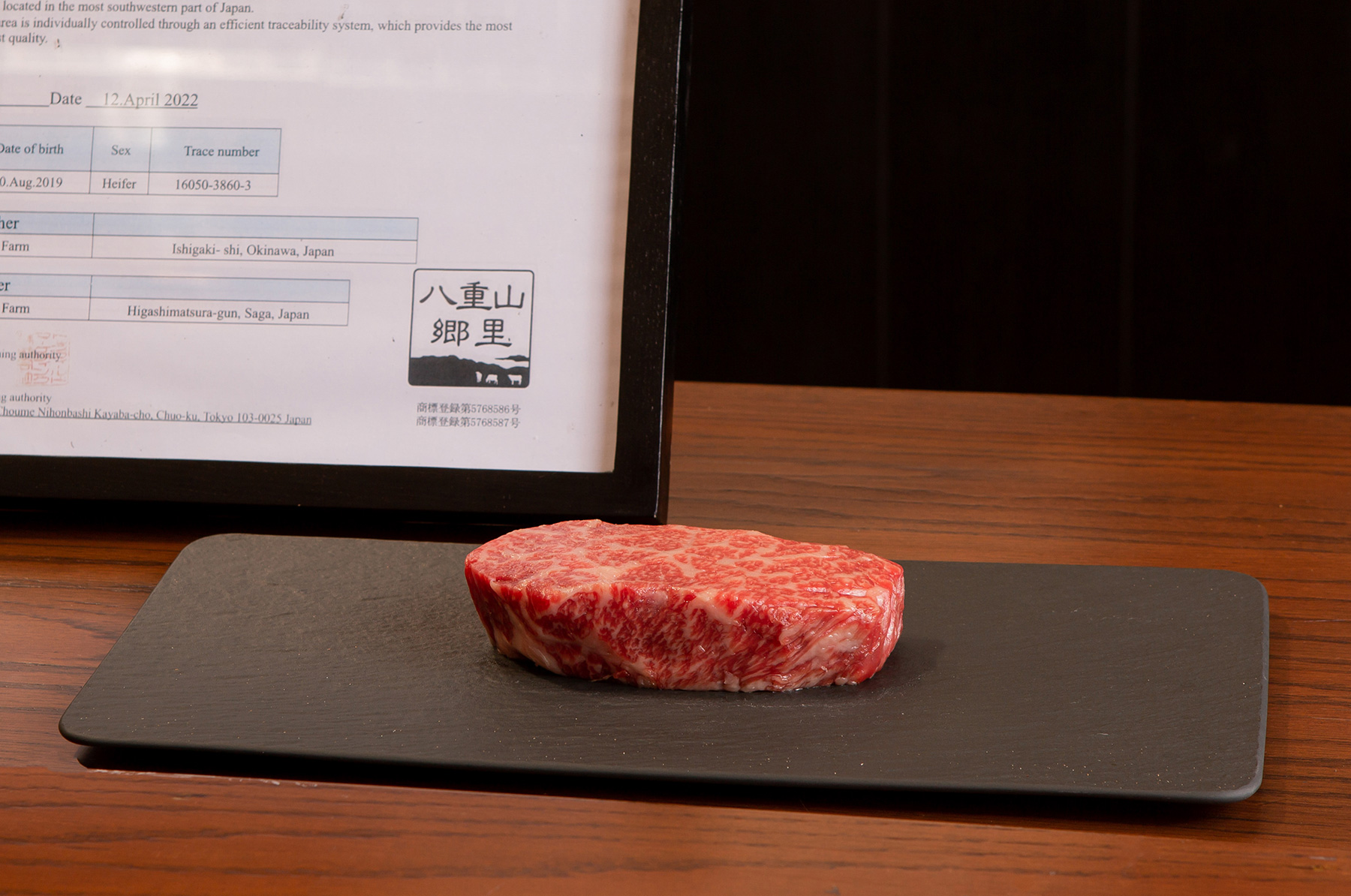 I had to search online to find out where Ishigaki was before I dined with the man who put the small Japanese island on the culinary map.

To my surprise, I discovered it’s less than 200 miles east of Taiwan’s capital, Taipei. Meanwhile, Japan’s capital city, Tokyo, is some 1,200 miles away.

Ishigaki is the second largest island and the commercial hub of the small Yaeyama group of islands some 250 miles southwest of Okinawa. It’s about as far south in Japan as it gets, on the fringes of the North Pacific Ocean.

“Mr Kitauchi himself, the owner of the farm, feeds the cows by hand,” chef Junichi Yoshida tells me via an interpreter the day before the grand opening of Koki, Capella Hanoi’s stunning new Japanese dining experience. “There are just 30 head of cattle on the farm at any given time, so they don’t get stressed during the three years they’re raised.”

He’s the teppanyaki master who steered his Tokyo restaurant, Ishigaki Yoshida, to its first Michelin Star back in 2015. The accolade was also the first ever given to a teppanyaki restaurant.

As a result, the chef, with his cherubic face and beaming smile, taught us that going out for teppanyaki need not be reduced to a sideshow of spinning eggs and slinging dishes, that it can actually be a fine dining experience that leaves your shirt as clean and freshly-pressed when you leave as it was when you walked in.

“The first thing is the family tree of the cattle,” explains the Tokyo native when I ask what makes Ishigaki beef so good. “It determines 80 percent of the flavor of the beef, including the juiciness.”

I take his word for it.

When the following evening arrives, I get to experience just how deliciously those genes have delivered.

I’m seated in one of four private teppanyaki rooms at Koki that seat just eight guests when chef Yoshida gently places two heavily-marbled slabs of meat, each almost the size of a house brick, on the shiny warm teppan before me and announces: “Tonight, special beef from Okinawa Prefecture!”

After which his wife and maître d’ produces a document with a “nose print” and proclaims: “This is the beef certificate showing the beef’s family tree!”

For close to two torturous hours, the blocks of beef (flown in directly from Ishigaki and available nowhere else in Vietnam) slowly cook in front of us under the watchful eye of chef Yoshida.

Whenever he leaves his station to oversee his staff or prepare another dish, I contemplate breaking every cultural and culinary rule in the book by reaching out and prodding them with my chopsticks, they are that tantalizingly close.

But fortunately I get distracted by the dishes and the sake (Koki has the most extensive selection of sake in Vietnam) that comes before I get to taste Yoshida san’s teppanyaki.

There are at least five of them.

Firstly, our mouths are gently prepped with a beef consomme jelly with grilled eggplant, salmon roe and an okaki rice cracker, followed by a crispy Hokkaido crab roll that brings a hush over the room, creating an ambiance a world away from the chaotic streets of the Old Quarter above us.

We could be in one of those subterranean restaurants at a subway station in the centre of Tokyo for all I know. This place is lit.

The sea urchin (also flown in directly from Hokkaido twice a week with the crab) is rich and creamy thanks to the scrambled egg and beluga caviar.

But really, as delicious as they are, they’re the undercard this evening.

As expected, it’s the beef that’s the knockout. It’s perfectly cooked, crimson inside, lightly crisped on the outside and all but dissolves in my mouth with its tenderness and juiciness.

My teeth are superfluous for this experience.

It’s also the first time I’ve eaten steak with a dash of wasabi which gives each portion extra bite and delivers my nasal cavity the hot rush that comes with eating this most pungent of horseradishes.

“Oishii desu ka?” chef Yoshida politely enquires about the deliciousness of his steak.

“Oishii desu yo!” I reply, drawing on my rusty Japanese language skills from my college days.

The cheerful chef beams back at me in a way that epitomises the Japanese characters that form the word koki after which this delightful restaurant is named – bright and shiny.

All photos provided by Capella Hanoi

A version of this article first appeared on travelandleisureasia.com

If you see this content reproduced in any shape or form anywhere other than on thebureauasia.com (or travelandleisureasia.com), then it has been used without our permission

A Comprehensive Guide About Palawan

12 Safety Tips For Your Next Road Trip

12 Safety Tips For Your Next Road Trip