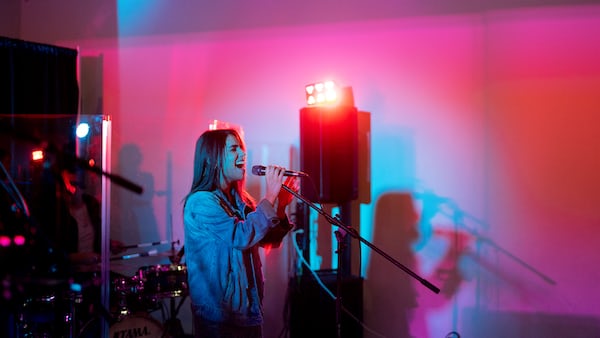 Karaoke isn’t just about singing or having a killer voice. It’s just about having fun with music!

Karaoke is famous worldwide, but certain places have more machines and bars than others. There is a distinct cultural difference between countries regarding karaoke; some countries enjoy it much more than others.

The popularity of karaoke is enormous in Japan and the Philippines, but not so much in the U.S. for many reasons. This blog will discuss countries around the world where karaoke is popular and countries where it is not as popular due to cultural differences. Let’s find out!

Asia: The Karaoke Capital of the World

The popularity of karaoke is sky-high in Asia, especially in Japan, the Philippines, and South Korea. Probably because karaoke was invented in Japan and the Philippines. There has been a strong karaoke culture in their country since the 1970s.

Daisuke Inoue, a Japanese musician, invented karaoke in 1971 after realizing his fans would enjoy singing along to his songs at home or work parties. But Japan wasn’t the only Asian country to invent sing-alongs. Though this was a good idea, Inoue did not patent his invention, and a Filipino called Roberto del Rosario came up with a similar one a few years later.

Karaoke bars in the Philippines cover a broad spectrum. Most popular is family KTV (KTV stands for Karaoke Television), which caters to all ages, serves food, and has private rooms for people to sing and dance privately with their friends.

Apart from family KTVs, they have regular bars where people can have a drink before bringing out the singer inside them to share their talents or embarrass themselves.

The impact of cultural differences on karaoke

Singing karaoke might seem unrelated to culture; the truth is that every culture enjoys karaoke differently!

In Asia, karaoke is an everyday after-work activity. People go to karaoke bars after work to drink, sing a top song with famous lyrics, and have fun before going home. Taking your colleagues out to a karaoke bar is viewed as a team-building exercise, which companies often encourage.

The Philippines and Japan were incredibly popular with these machines. People enjoyed picking up a microphone in their living rooms to sing along to pop or rock songs because singing is an integral part of their culture.

US families with karaoke machines probably don’t use them as much as Japanese families. An American family likely purchased one of these machines only for parties or gatherings, and it’s now hidden in a closet or drawer, dusty and unused.

How to find the nearest karaoke bar?

In the United States, singing karaoke with friends can get expensive, mainly if you include the alcohol you consume. Getting into the bar may also require a cover charge. But finding the nearest karaoke bar could be a difficult task.

There are two ways to find it.

The first one is to use Google. Just type in the search: karaoke near me. But then you have to look for some good options, read reviews and customers comments.

So the second option is to use services with reviews on businesses. For example yelp or Nicelocal. They are already have the best options in their database with a lot of reviews. In general, they are just more convenient to use.

You don’t need to be a talented singer to have a fun time singing a classic song you enjoy. You can have fun, enjoy music, and feel free with karaoke.

Enjoying karaoke with friends, family, or colleagues shouldn’t be a problem for you. You are not the only one who enjoys this. Although karaoke is not popular in the U.S., you can still locate the nearest Karaoke bars with Nicelocals.

Choose your favorite song and sing along next time you’re offered to go to karaoke night!

5 Types to Choose From

13 Best Things To Do in Brighton, England [Travel Guide to Brighton]

What to Wear on a Hike? All You Need to Know