13 Best Things To Do in Brighton, England [Travel Guide to Brighton] 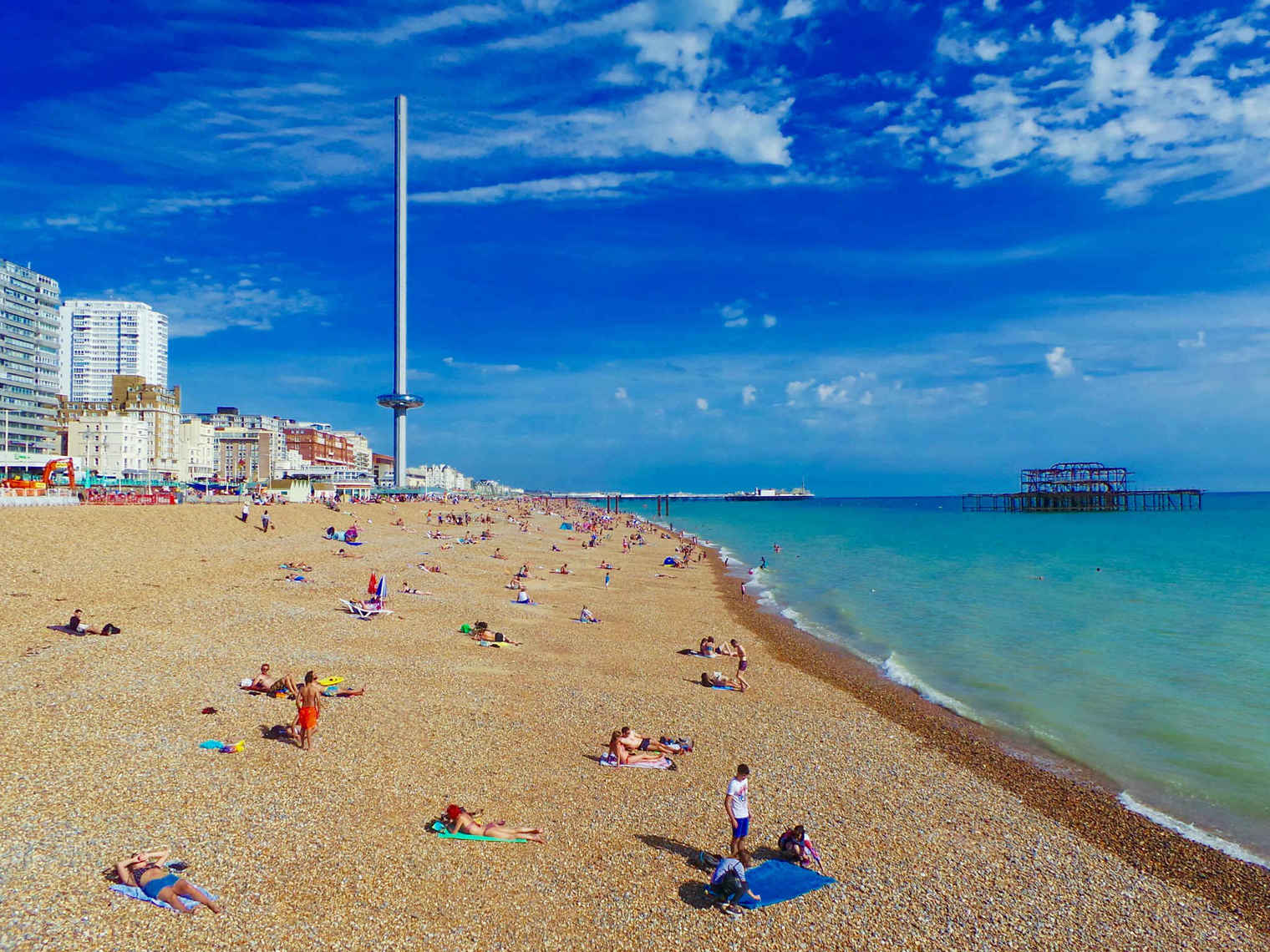 “You were wonderful, you were mystical, And the envy of all of my friends, seems like only yesterday, under the stars on Brighton beach..” as Rod Stewart strung his tuned guitar while putting thoughts into lyrics about his young love. And it seems like yesterday when I moved just a few miles from Brighton after university with the hope of getting a job, but I made good not just with academia or employment, but also finding myself gracefully and build a second home. I met a lot of people, some of them whom I’ll never see again but most whom I considered my family. Yet there were crazy days, but stupendous most of the time.  It is a busy place to be but full of youthful promises, so when my friend pull out the tired analogy of working-as-whoring, we all sympathise and we down cocktails as the highlight of those days.

In the summer, it smells of a deep-fry chips along Brighton Pier and the tranquil greenness of the many trees in Preston Park. I like taking deep breaths when I pass through the Pavilion and take in the musty scent of history. Along the small alleys in the Lanes, you could smell the delicately overpriced shops and the abiding air of earned grace. I like watching the locals who walk with old shopping bags and parked their bicycle outside the organic grocery store on North Road, or outside the sushi place in Middle Street. I like walking pass the houses along Kemp Town, the Victorian buildings and its bay and sash windows; a three-sided bay windows with a flat front and slant sides, were dashing. I like most of all, that in this place of copious ease, I don’t need to pretend to be someone else,because I am proud to be someone specially admitted into a benevolent British clique, someone adorned with confidence.

When I invite some of my friends if they want to hang around in Brighton, they could just simply say, “I know Brighton, it’s like a London-by-the-sea” or “Yes, I’m up for some drinks in the Lanes”, those are some  distinctive expressions that professed agreement rather than knowledge.  And when I ask you again if you could come in Brighton, I am conditioned to fill silences with some authentic Brightonian experience.

How to get here

Get to Brighton with Southern Rail from London Victoria which takes an hour ride. 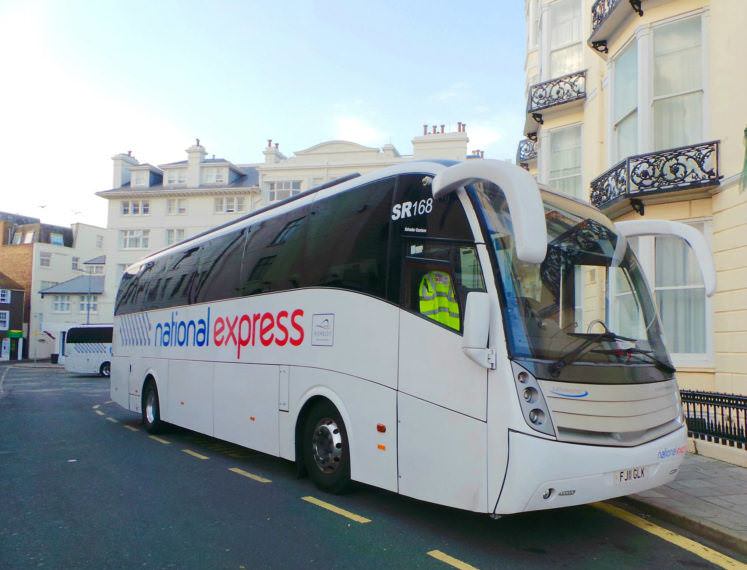 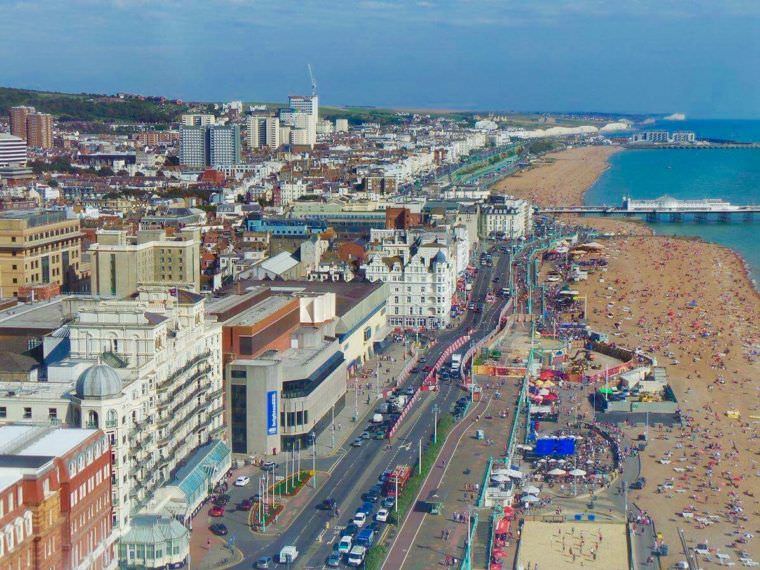 Brighton was originally an informal name for Brighthelmstone, of a Saxon origin. It is a home to roughly 280,000 people coming from different  backgrounds. It has been called the “Hippest City and Happiest place in the UK”. It is a popular destination for some Londoners as a day trip resort or a pleasant place for those wanting to move out of the cosmopolitan lifestyle. Most buildings were designed in the Victorian, Georgian,and Edwardian period. But because of its growing population and moving towards up-scale industrial sectors, modern architecture and design has grown through out the city. 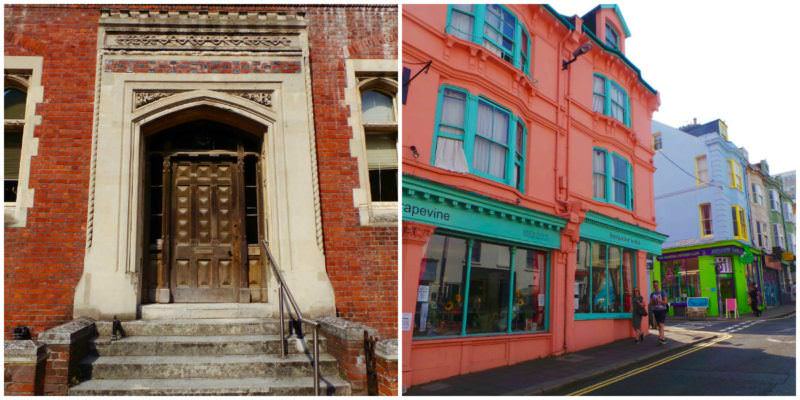 Lies between the South Downs and the English Channel, Brighton has a lot to offer; you could spend your day on a beach when the British weather permits you, hike up the view of the Downs at Devil’s Dyke, or admire the chalk-cliff coastline that runs along the Sussex Coast. 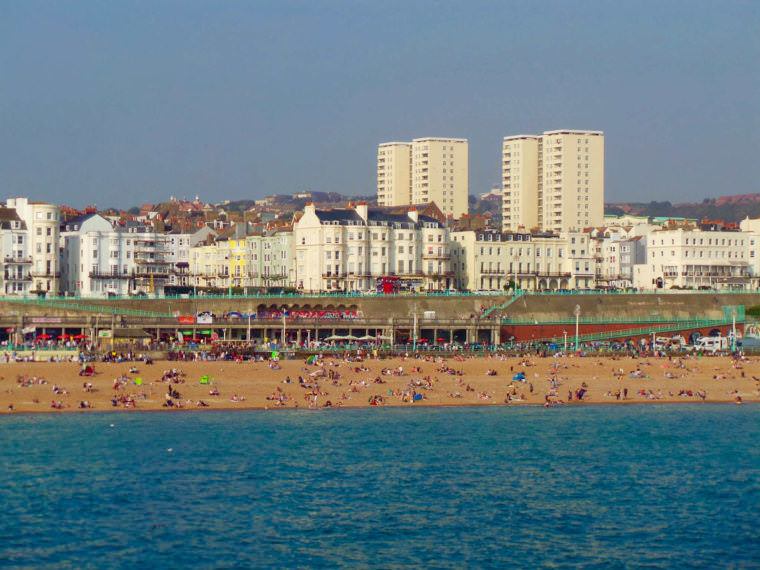 For the British climate, Brighton has mild and calm weathers with a high level of sunshine and sea breezes. But despite the weather, it is an all year round destination. 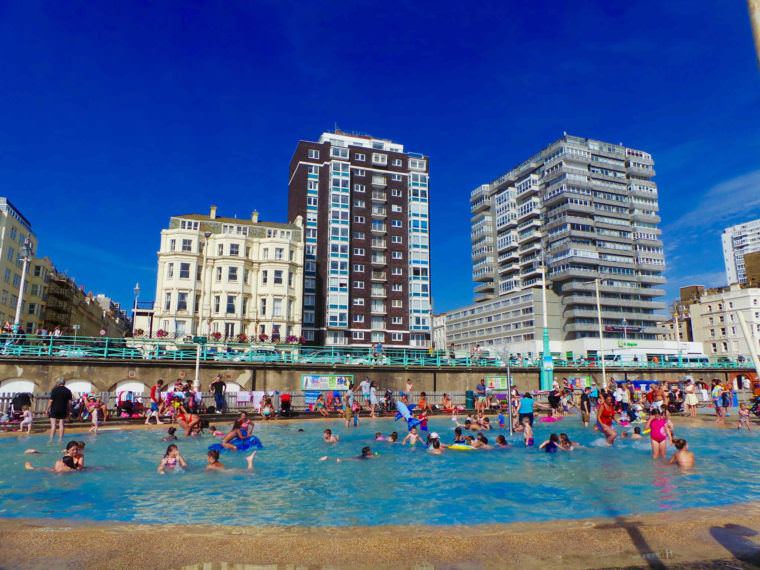 Brighton is home to various festivals and rallies. You may want to grab your calendar to keep note of what’s on. In May, the city hosts the second largest Fringe Festival next to Edinburgh. There’s a processions ramped up with music and visual arts throughout the city. The Sound wave festival in June for some classical music and followed by the Brighton Live to show local bands in some pubs. A growing Filipino community of Brighton and Hove celebrates “Barrio Fiesta” at the end July.

And in August, rainbow colours dominates the city in celebration of Brighton Pride to show love and support to LGBT community. And before the month of August ends, Brighton Thai Festival showcases some delicious Thai cuisine and has performances from the Lady Boys of Bangkok. Brighton is the terminus of the famous London to Brighton Ride where you can find cyclists and unique cars run down on this famous route.

In December, a winter solstice celebration led by some live bands and lantern bonfire on the seafront called the Burning the Clocks. 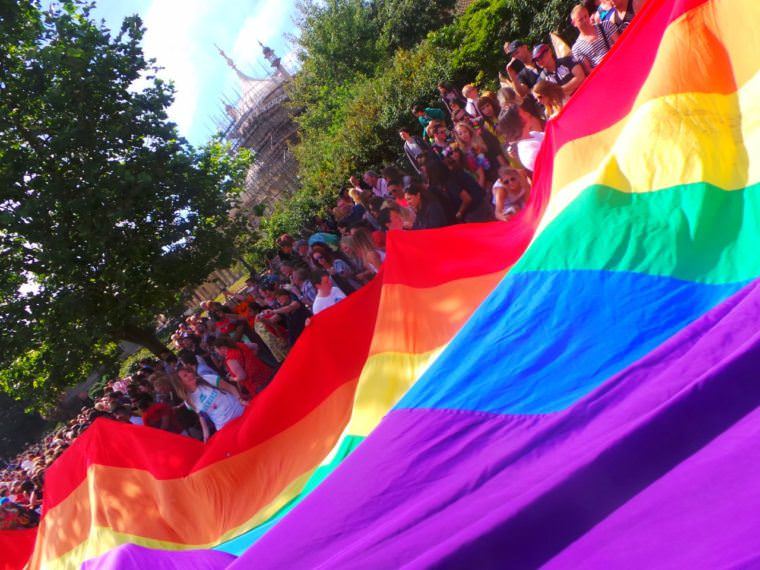 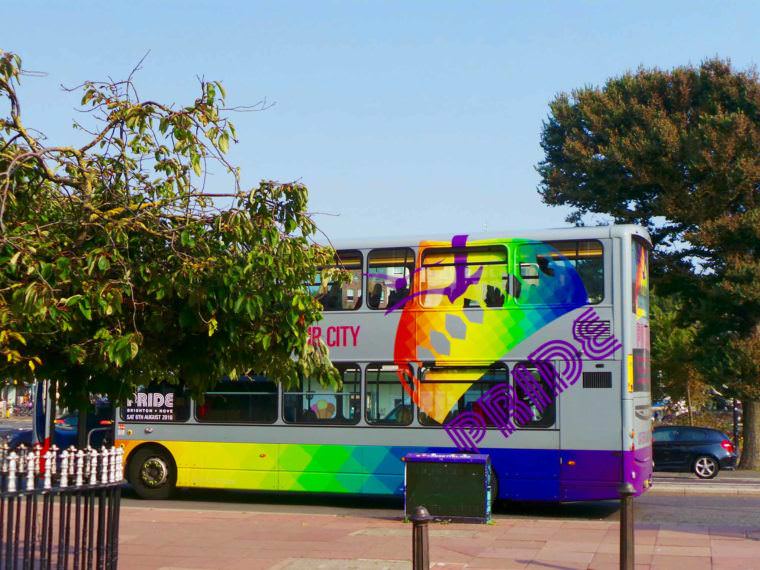 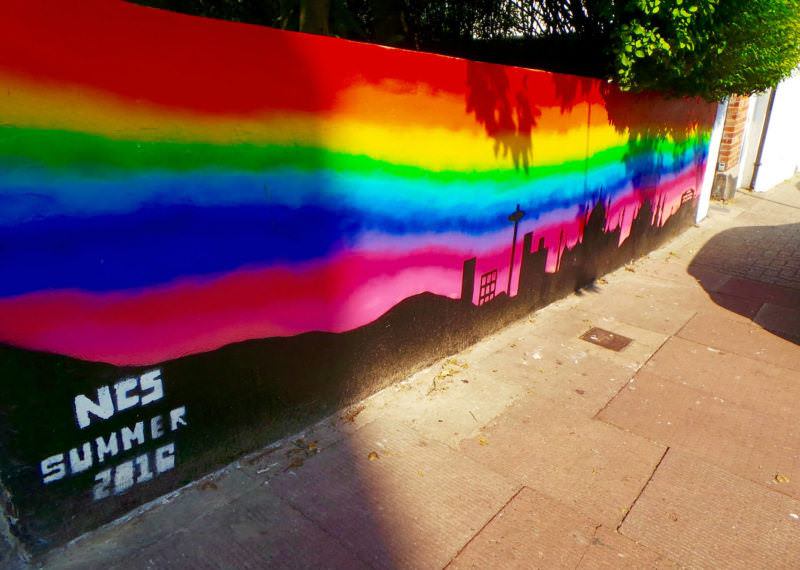 Because of it’s easy accessibility from London and increasing it’s popularity with the masses, Brighton opens the gateway to large number of tourists each year. Finding the right place to stay in this city wouldn’t be challenging due to it’s vast selection of hotels, hostels, and guesthouses and it can vary to your budget and needs. It can be expensive during weekends and the summer months between June and September.

Try to find some local guesthouses with Homestay.com to experience what the unique community could offer while saving your pocket. Become a Brightonian for a day would be your most upbeat and fun experience that you can have with Homestay.

Where to eat and enjoy night life

In the morning, walk around Kemp town and smell the freshly baked buttery croissant and a strong aroma of Italian coffee. There are French and Italian cafes around. Alternatively, you can stuff yourself with a  full English breakfast in local pubs.

You will never run out of restaurants to eat at from lunch to dinner. There are wide range of buffet options and food-to-go to choose from. From Italian, Spanish, Vietnamese,Mexican, Japanese, Thai, Chinese, Portuguese, Brazilian, Mongolian, Turkish, Lebanese, Irish, Persian and Indian cuisines and of course the great British pubs that will hit every tastebud in your mouth. 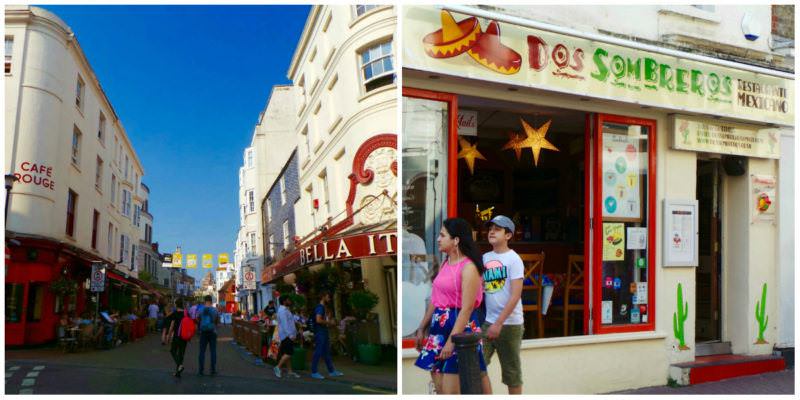 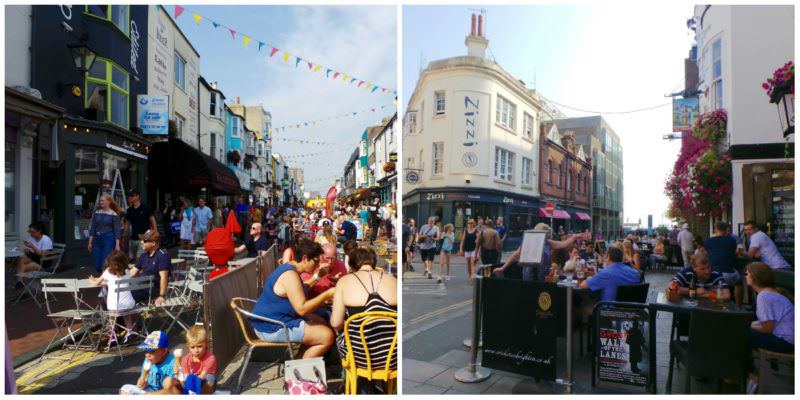 Brighton has many night life hotspots, due to it’s vast diversity and mix of people,and home to one of the largest LGBT communities in the UK. You can enjoy and get sociable over a cocktail or a beer with your friends along Jubilee Street,the Lanes, and North Laines. And if you’re looking for a more upbeat and urban vibe, you can head to West Street and go down the seafront to experience some of the authentic clubs in Brighton. And known as unofficial gay capital of UK, there are also many LGBT pubs, clubs,and restaurants particularly around St.James Street in Kemptown. Hence, Brighton is open to the wider world.

Landmarks and Museums in Brighton 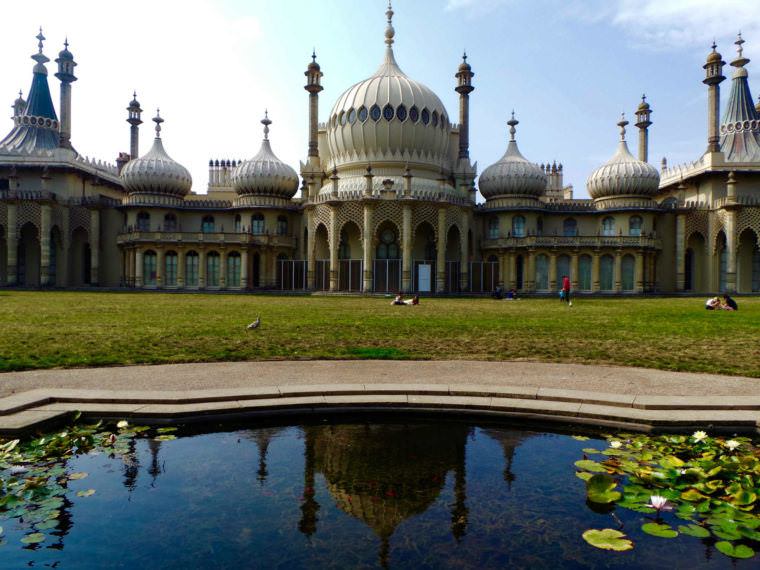 It is a former Royal residence of the monarchy of Great Britain. the unique architecture of the pavilion is influenced by Indo-Saracenic style state-of-the-art in India. The Brighton council purchased the pavilion from Queen Victoria and marked the beginning of the site’s attractions  as a tourist destination.

One of the grade 1 listed pier in the UK. The pier suffered from structural damage due to storm and fire. The West Pier Trust was adamant to do restoration but has left abandoned up to date due to lack of funds.

It’s the world’s oldest operating electric railway.Runs along the Brighton beach up to Brighton Marina.

The Brighton hotel bombing happened in the Grand Hotel in October 1984 when the former Prime Minister Margaret Thatcher and her cabinet stayed for the conference. Fortunately she managed to escape,yet 5 people were killed and 31 injured. 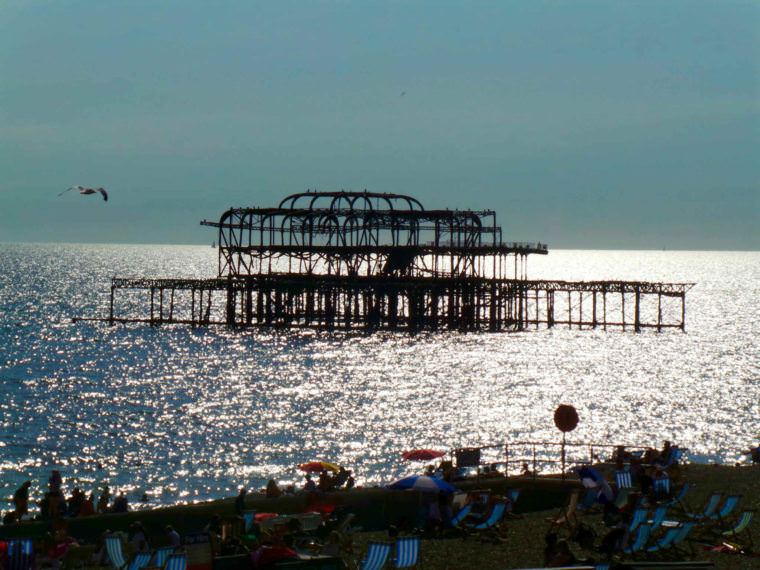 A transportable Ferris Wheel started to operate from October 2011 until May 2016. 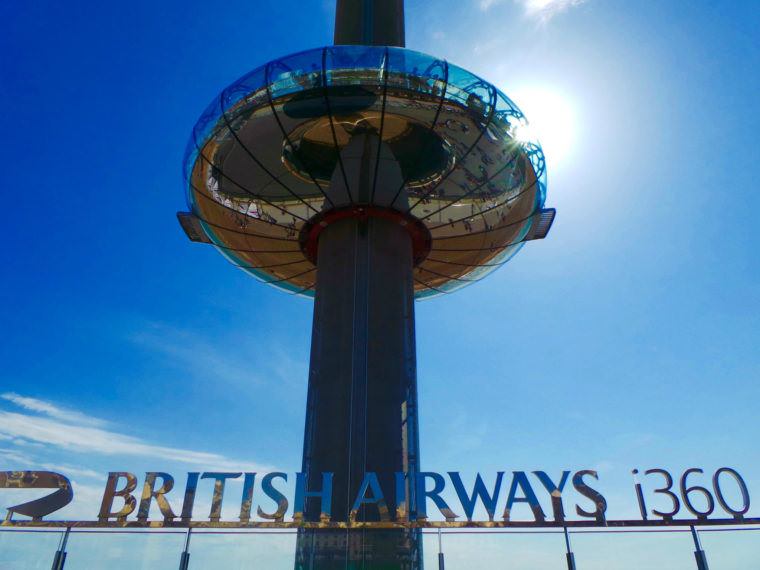 It is the world’s slimmest observation tower and is 162 metres high, while the ascending and descending circular viewing platform, can hold up to 200 people. It was designed and engineered by the same team responsible for London Eye. With tourists paying 15pounds for almost 30 minutes up the air, you could see the whole city of Brighton, the white cliffs from Seven Sisters National Park, and the hills from South Downs. 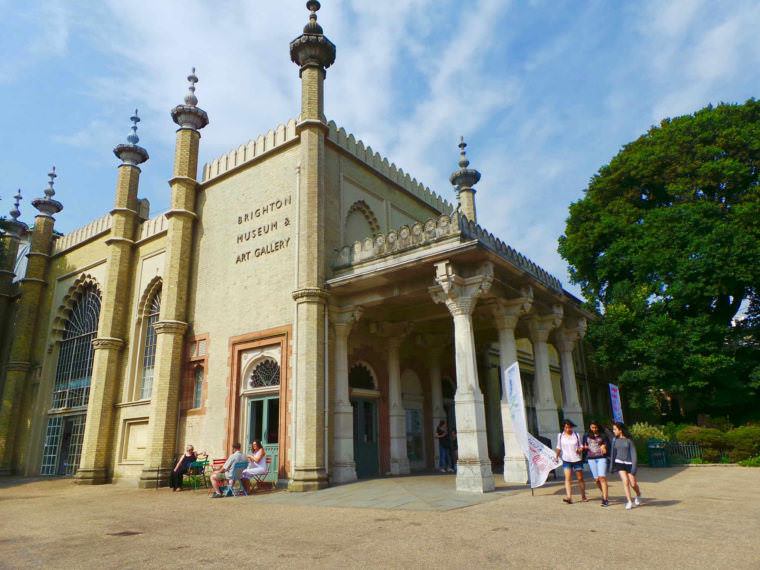 It houses some collections of the Royal Pavilion. It has some decorative art collection, sculptures, paintings, prints and drawings from 15th to 20th century from Asia, Africa, America, and the Pacific’s arts and designs. Admission fee of 5 pounds. 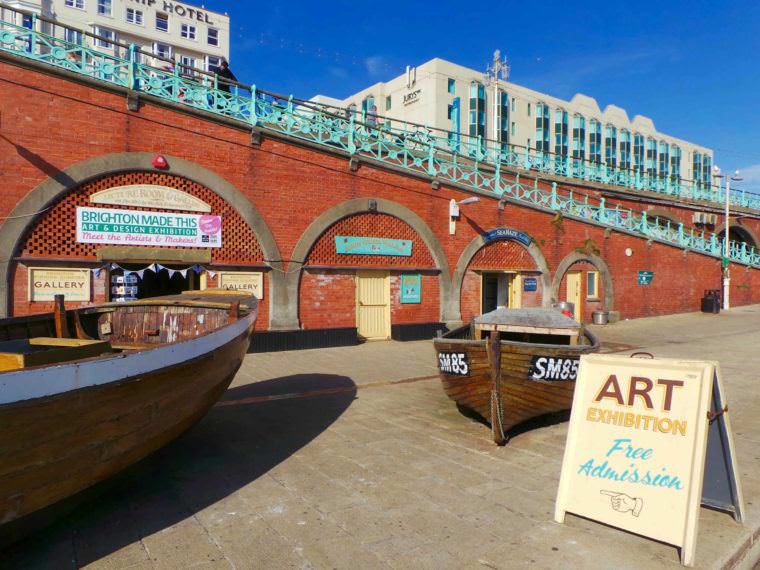 A museum dedicated to Brighton fishing history. Free to enter.

It is the largest marina in Europe and one of the largest in the world. It covers 127 acres along the bottom of the cliffs at Black Rock. It took 7 years to build and it was opened to the public in July 1978. It has  a working harbour, residential housing, retails shops, restaurants, cinemas, gym, health club, bowling complex, and casino. 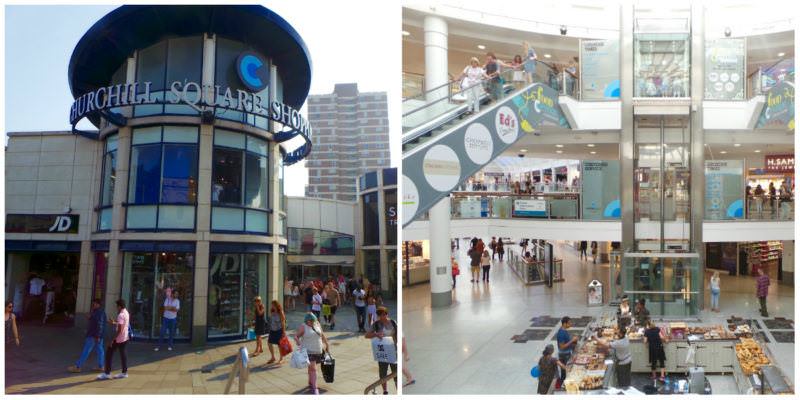 The Lanes and North Laines is a shopaholic haven to find predominant clothing stores, jewellers, antiques, and loads of avant-garde shops. It is characterised by narrow alleyways that makes it unique and quirky. For a modern place to splurge your cash, Churchill Square is just around the corner. It has 80 shops, several restaurants. and huge parking space. 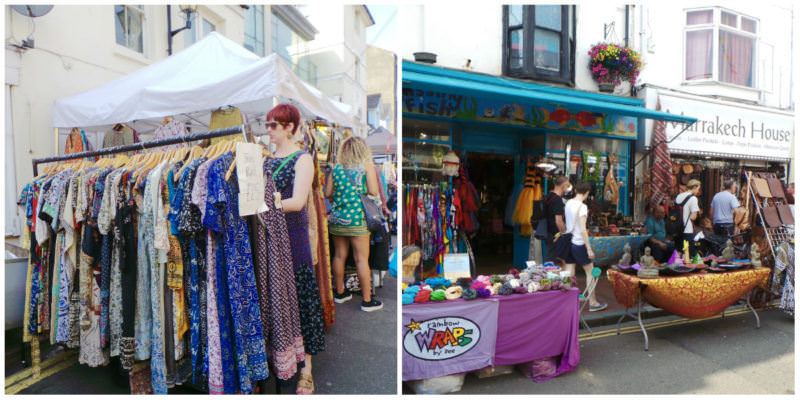 It stretches out almost 9 kilometres pebbly beach which certainly gives the beach goer more than enough space to stretch their legs and relax. It has bars, cafes,alfresco restaurants, nightclubs, gym, the Brighton Sea life centre, and amusement arcades. There are also some colourful beach huts if you walk towards the neighbouring Hove and brick walled chalets. 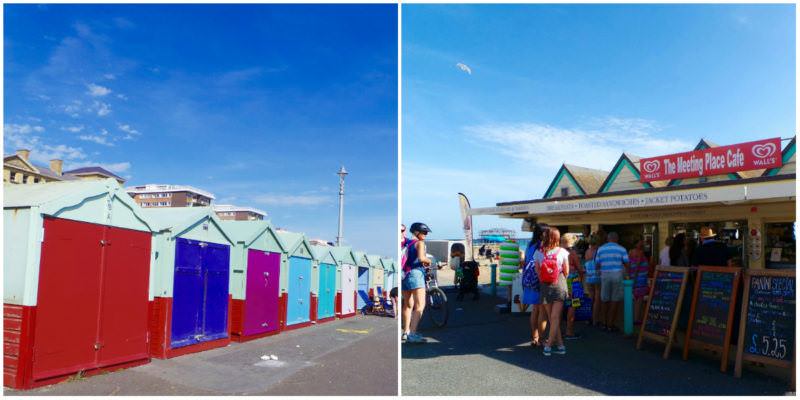 If you fancy some active afternoon, it offers some sports complex for beach volleyball, table tennis, basketball, and frisbee. Walking towards the eastern end of the beach, you will find the Britain’s first Naturist beach called the Cliff beach.

Let’s go outside near Brighton

So, when are you going to visit me?

Whatever you are after, from the quirky to extravagant, music and arts, the colourful Pride Festival, or just relaxing by the beach, Brighton has something to offer everyone.  No matter where you’re from, Brighton is a place for the diverse because..”you can experience more with those who call it home” (homestay.com ) 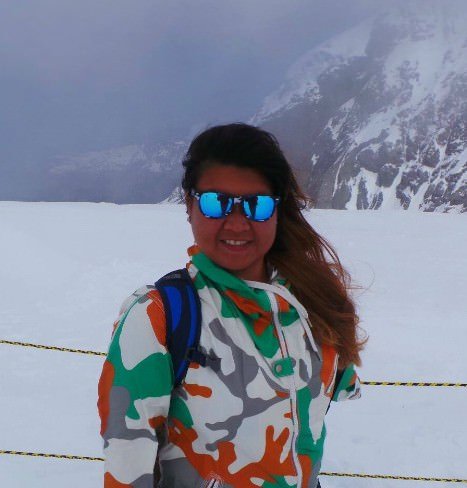 Arione Stewart’s passion for travel was ignited when she persuaded her mother to allow her to leave her home in the Philippines and go study for a post graduate degree in England. She then braved the uncertainties of a complex, new environment living in a new country, and exploring a new culture, which has become now her second home. Her feet has been itchy ever since and luckily, being a free spirited person allows her to indulge her travel lust. Always yearning for nothing but a sack on her back and shoes on her feet (sometimes). She has been to over 30 countries and still craving for more adventures. For a long time living abroad, Arione used to dread being asked: ‘Where do you come from?”, to which she learned to reply, “I’m a citizen of the world!”

Note: This personal article was made in partnership with Homestay.com

The First Year of Marriage: A Survival Guide

30 Beautiful Catholic Church That You Should Visit in the Philippines

Regensburg, Germany – 7 Awesome Things to Do

User Experience: The Secret to Tech Success in Hospitality

37 Fabulous Free Things to Do in NYC (By a New Yorker!)

User Experience: The Secret to Tech Success in Hospitality