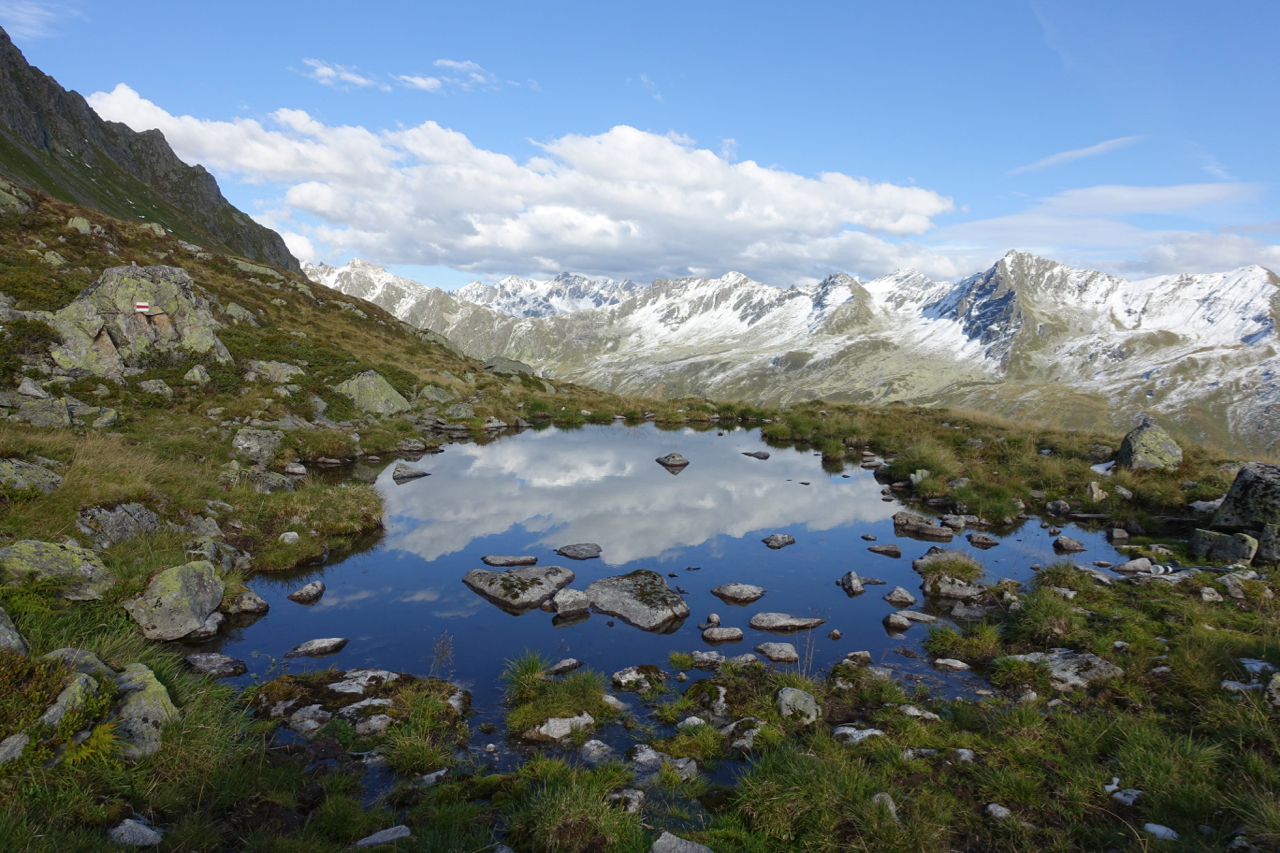 Located just a spirited yodel away from the Swiss border, the Wormser High Trail (Höhenweg in German) is an under-the-radar classic of southwestern Austria. I was recommended the trail by Matthias Kodym, an Austrian national who has trekked extensively both in his own country and around the world. Beginning near the village of Schruns, over its 20.6 km (12.8 mi) course, the Wormser Höhenweg traverses two picturesque passes and affords magnificent views of the glacially-sculpted Montafon Valley. It was the first and shortest of four high trails I did in Austria in October 2019, the others being the Stubaier Höhenweg (see Trip Report, Guide & Gear List), Schladming Tauern Höhenweg, and the Berliner Höhenweg (see Trip Report & Guide/Gear List).

I split the Wormser Hohenweg over two days. On the first, I walked around five hours and camped close to the Valschaveiler Jochili (Tarptent Aeon Li pictured). On the second day, I awoke to drizzly conditions and finished the trek a couple of hours later at a fog-draped Neue Heilbronner Hutte.

A Quick & Dirty Guide to the Berlin High Trail