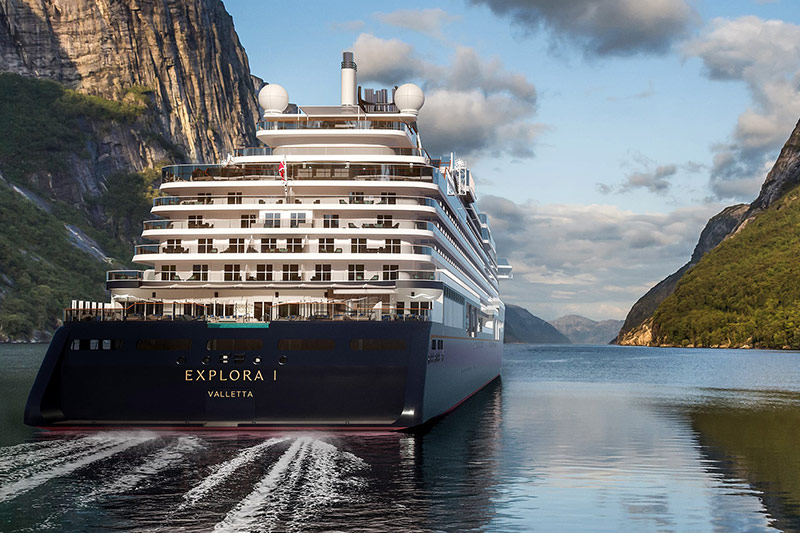 The MSC Group is introducing a new cruise brand in 2023, with the debut of Explora Journeys.

The Europe-based company is also expanding its presence in North America, with new deployments and a new cruise terminal.

Cruise Industry News looks into the most anticipated events taking place across the company over the year.

World Europa Debuts in Europe
After entering service in late 2022, the new MSC World Europa is set to debut in Europe in time for the 2023 summer season. MSC Cruises’ largest cruise ship, the 208,000-ton vessel is the first in a new series of four ships in the World Class series.

In April, the World Europa kicks off a year-round schedule of seven-night cruises to the Western Mediterranean visiting Genoa, Naples, Messina, La Valletta, Barcelona and Marseille.

Second LNG-Powered Ship
MSC Cruises is getting a second LNG-powered ship in 2023 with the new MSC Euribia. Currently under construction at the Chantiers de l’Atlantique shipyard in France, the vessel is set to enter service in June ahead of a maiden season in Northern Europe.

Closing out the five-ship class, the 4,888-guest ship is also introducing MSC’s first hull art. Chosen in a global design contest, the Euribia’s livery was conceived as “as a commitment by MSC Cruises to the sea,” the company said.

Explora Journeys
The MSC Cruises Group is debuting a new brand in 2023 with Explora Journeys. Expanding the company’s presence in the luxury market, the new cruise line will operate a fleet of purpose-built, mid-sized luxury ships.

Scheduled to enter service in July, the Explora I is the first of the new 922-guest vessels and will spend its inaugural season in Europe.

New Homeport in New York City
Continuing its expansion in the North American market, MSC Cruises is adding a new U.S. homeport to its lineup in April. Currently sailing from Port Canaveral, the MSC Meraviglia is set to reposition to the Big Apple, offering a year-round program.

Ranging from six- to 11-nights in length, the cruises are set to visit the Caribbean, Bermuda, New England, Canada and more.

Set to become the largest cruise facility in the South Florida, the $350-million terminal will include a multi-level parking garage for 2,400 vehicles, new road construction to ensure traffic flows smoothly, and a total of three berths capable of accommodating the largest of cruise ships.

In South America, the 4,888-guest MSC Grandiosa replaces the 4,560-guest MSC Seashore for a series of itineraries in Brazil starting in November.

In the same month, the 3,300-guest MSC Splendida is set to debut in South Africa, becoming the first Fantasia-Class vessel to serve the local market.

Renogy RV Solar Review, Is It Worth The Money