I went to CocoCay for the first time, and here’s what I’d do differently 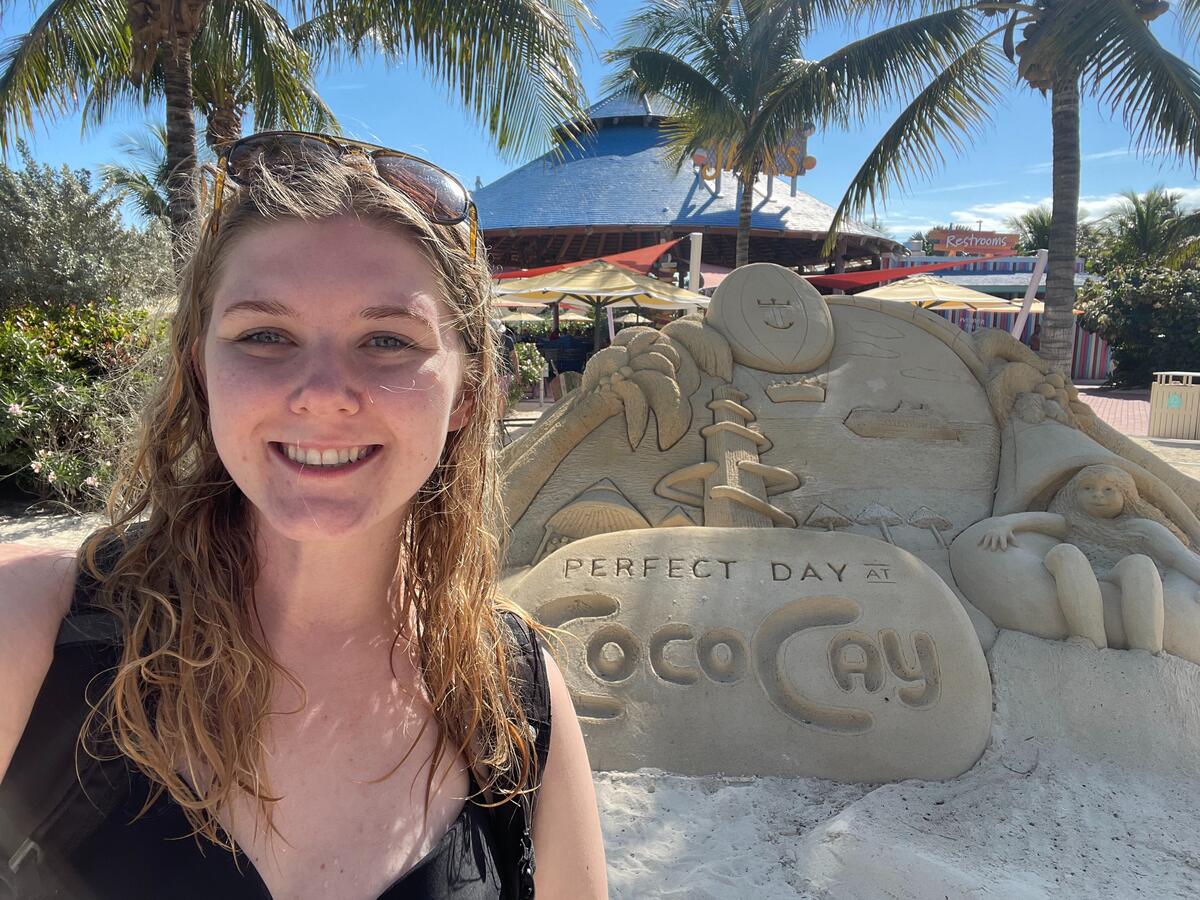 I went to Perfect Day at CocoCay for the first time, and I learned some things that will enhance my experience when I return to the island.

The first (and last) time I visited Royal Caribbean’s private island CocoCay was in 2010 when I was eleven years old. Since then, a lot has changed. In 2019, it received a $250 million renovation and was renamed to “Perfect Day at CocoCay.”

Royal Caribbean focused on adding incredible thrills, including a 1,600 foot zip line, freshwater pool, helium balloon, and waterpark that features one of the tallest waterslides in the world at 135 feet.

The island’s beaches are brimming with beach chairs and umbrellas for passengers who would rather spend the day soaking up rays on the beautiful beaches. If you’re willing to spend the money, private cabanas are also available for rent.

Pricing varies based on sailing, but they usually start at $999 for a cabana on Chill Island, Oasis Lagoon, and South Beach.

Additionally, they added a colorful pier to the island, meaning that guests no longer have to tender ashore. The walk time from ship to the Arrivals Plaza is about six minutes, and every attraction can be reached in another ten minutes from there. There are also trams that escort guests throughout the island.

I had such a great day hanging out on the revamped island for the first time, but here are my thoughts on what I’ll do differently next time!

Stick to one main activity

From zip lining, splashing around at the waterpark, sunbathing on the beach, and snorkeling, to kayaking and swimming with pigs, there’s so much to do and so little time to do it all.

Since it was my first time visited the renovated island, I wanted to see and do as much as possible.

I booked the full day pass for Thrill Waterpark, and I was so excited to ride Daredevil’s Peak, one of the tallest waterslides in the world.

Both Odyssey of the Seas and Symphony of the Seas were docked on the day I was there, so the waterpark was busier than I thought it would be. It took about an hour and a half just to ride two waterslides!

There were other rides that I wanted to try, like the Sling Shot and Twister, but the lines were about an hour long each, and I was looking forward to relaxing on the beach for awhile.

The next time I visit CocoCay, I’ll stick to one activity, whether that’s the waterpark, beach, or hanging out at Oasis Lagoon.

Get off the ship early

I wish I had disembarked the ship as soon as I could, as I waited about an hour to go ashore.

By the time I got the waterpark, most rides had a wait time of at least thirty minutes. Unless, that is, you were willing to ride the Screaming Serpent (I wasn’t!).

By the time I got to Chill Island, it was impossible to find a vacant chair, so I ended up placing my items on my towel off to the side because I didn’t want to spend a long time scouting for one.

If you want a front row lounger, it’s crucial that you get off the ship as soon as you can to secure your spot for the day! Plus, why wouldn’t you want to spend as much time as you can on the island? You can always head back in early if you get tired or want to enjoy the ship’s amenities with fewer people onboard.

I am a huge fan of purchasing everything in advance via the Cruise Planner, but since this was technically a work trip and I didn’t know what my schedule would entail, I refrained from doing so.

I made some friends onboard who had booked the Thrill Waterpark, and I spontaneously decided to tag along; I didn’t buy my pass until the night before, so I paid a whopping $149!

They, however, got a Black Friday deal and paid around $50 each.

While I thought riding Daredevil’s Peak was both nerve-racking and incredible, I don’t think it was worth the nearly $150 price tag, especially since I only rode one other slide before we all headed to Chill Island for some much needed relaxation.

Looking ahead at my future cruises that visit CocoCay, I can purchase a pass for $79.99 and $88.99, which seems much more reasonable to me.

Plan ahead and book your shore excursions for CocoCay beforehand! This is not only a way to save money, but some experiences tend to sell out quickly, like the cabanas and Coco Beach Club.

While I was hanging out on Chill Island, I kept hearing people talk about all the fish that they were seeing! Usually, I only snorkel on dedicating snorkeling excursions; however, I want to start carrying a mask with me in case the opportunity presents itself!

I’m familiar with the traditional beach warning flags (i.e., red for high hazard, yellow for medium, and green for low), but I didn’t know that purple meant presence of marine life. They had a purple flag blowing in the breeze, so I feel I missed out on seeing some neat stuff!

I was a bit bummed that I wasn’t able to see the “huge” fish and stingray that everyone was talking about!

I also visited Honeymoon Island on this cruise and having snorkel equipment would’ve been great there, too.

Check the times for the Snack Shack (and other dining venues)

Here at Royal Caribbean Blog, many are fans of the mozzarella sticks at CocoCay, so I was planning on giving them a try while I was there!

Unfortunately, I didn’t check the operating times for the Snack Shack, and it was already closed when I got there around 3:30pm. Our all aboard time was 5:30pm, so I assumed that they would have remained open a little bit later.

I was frustrated that I didn’t get to see if the mozzarella sticks lived up to the hype, so this is first on my list of things to do when I return in a few weeks.

I saw a lot of people carrying around funnel cakes, and they looked tasty, too!

Thankfully, though, I was able to eat a delicious meal at the Chill Grill, so I wasn’t left hungry and disappointed. I enjoyed being able to make my own tacos, and I thought they were much better than El Loco Fresh onboard.

I don’t remember all that much about the island from my first visit years and years ago, but my dad said that he enjoyed a day ashore with only the ship’s guests.

The beaches are pristine, and the day can be whatever you want to make of it.

Personally, I prefer it over Labadee by far. I never feel the need to purchase an excursion there; I’m content just finding a place to hangout on the beach.

I love how Perfect Day at CocoCay’s activities are meant to appeal to a wider range of people and interests; you can go to a waterpark, ride a helium balloon, hang out and listen to music at the swim up bar in Oasis Lagoon, or relax on the beach all day.

Plus, the market is also much more relaxed. You can walk in and out of the individual stores without feeling pressure to buy anything.

I’m so glad that I finally got to experience it, as I’ve been wanting to visit since it was revealed nearly three years ago.

25 photos to inspire you to visit Rakiura/Stewart Island