Concept for a 60,000 Passenger Cruise Ship Is Shaped Like a Turtle 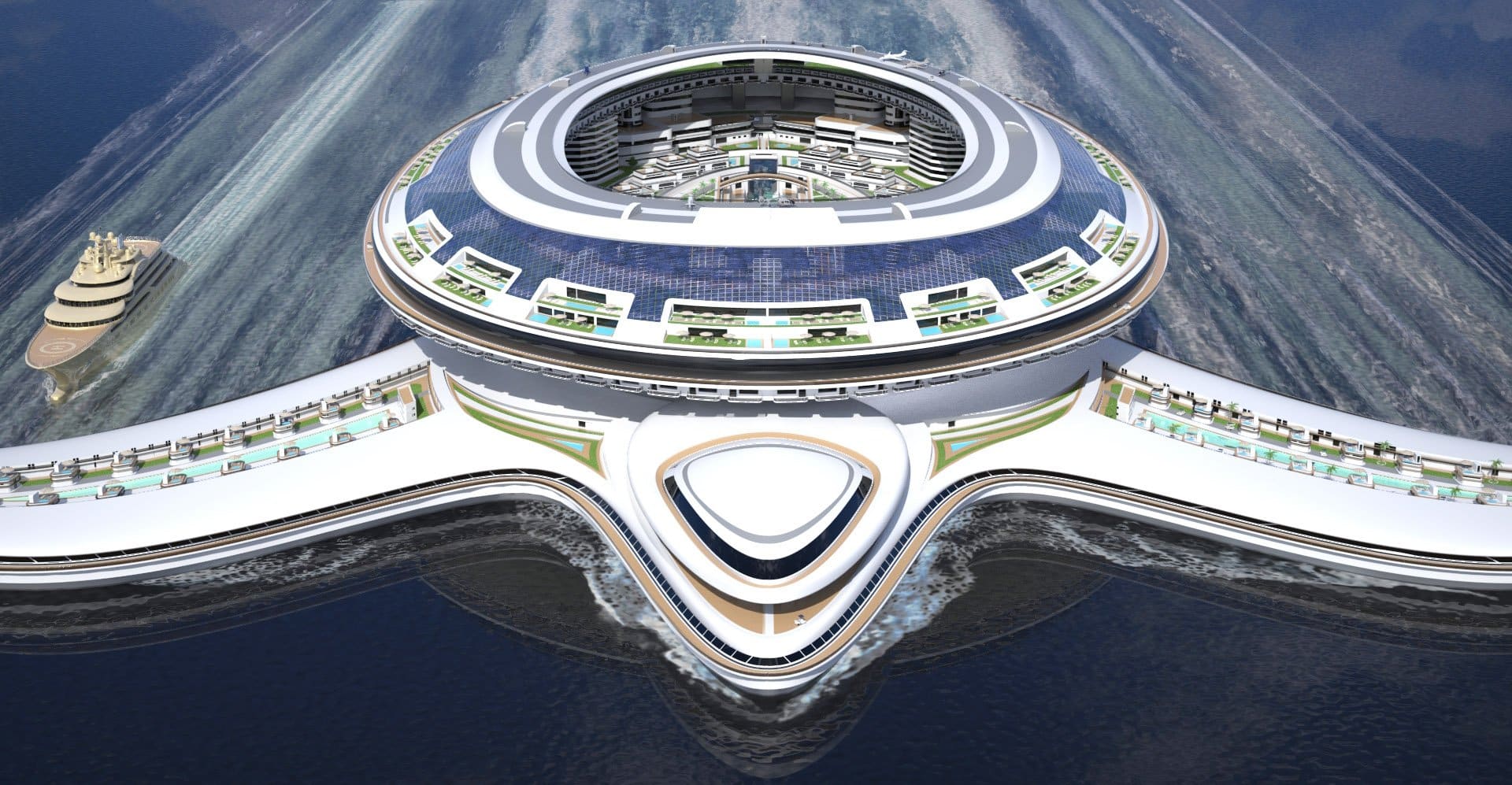 Different companies and cruise lines have come up with some interesting cruise ship concepts over the years.  We’ve seen the one mile long Freedom ship and the cool looking 430,000 gross ton Project Trimaran, but now there’s a concept that’s a giant turtle shaped cruise ship that can carry up to 60,000 passengers. 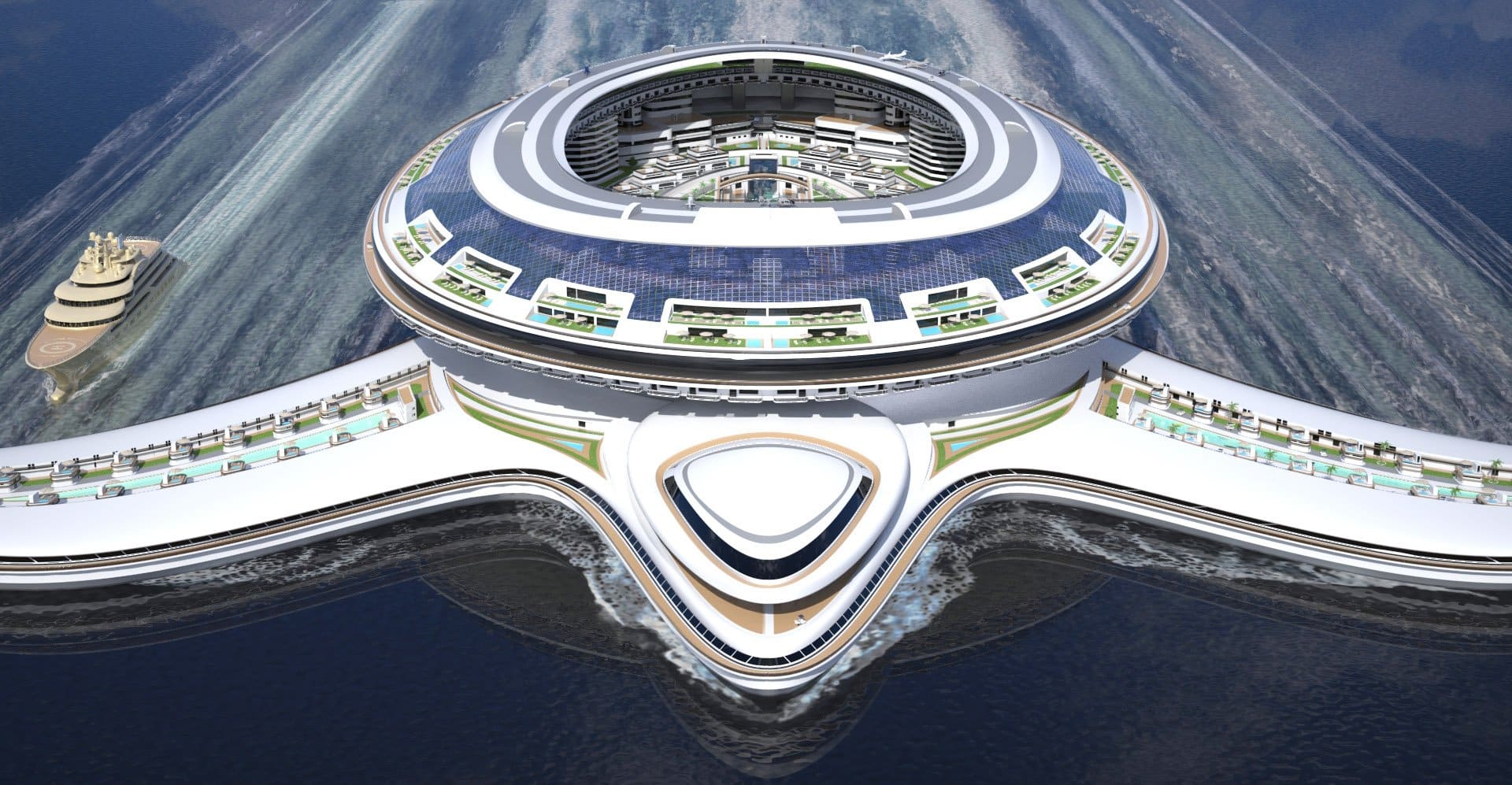 Pangeos the Terayacht is unlike anything we’ve ever seen by designer Pierpaolo Lazzarini. Shaped like a sea turtle, the vessel would be nearly 1,800 feet long and 2,000 feet wide. If built, it would become the largest floating structure ever built.

While sailing, the large wings will gain energy from the breaking of the waves and Pangeos will cruise perpetually without emissions around the earth’s oceans. Further, the rooftop area is lined with solar panels, which provide part of the necessary clean energy to power the vessel.

The wings will also have swimming pools lined with villas. 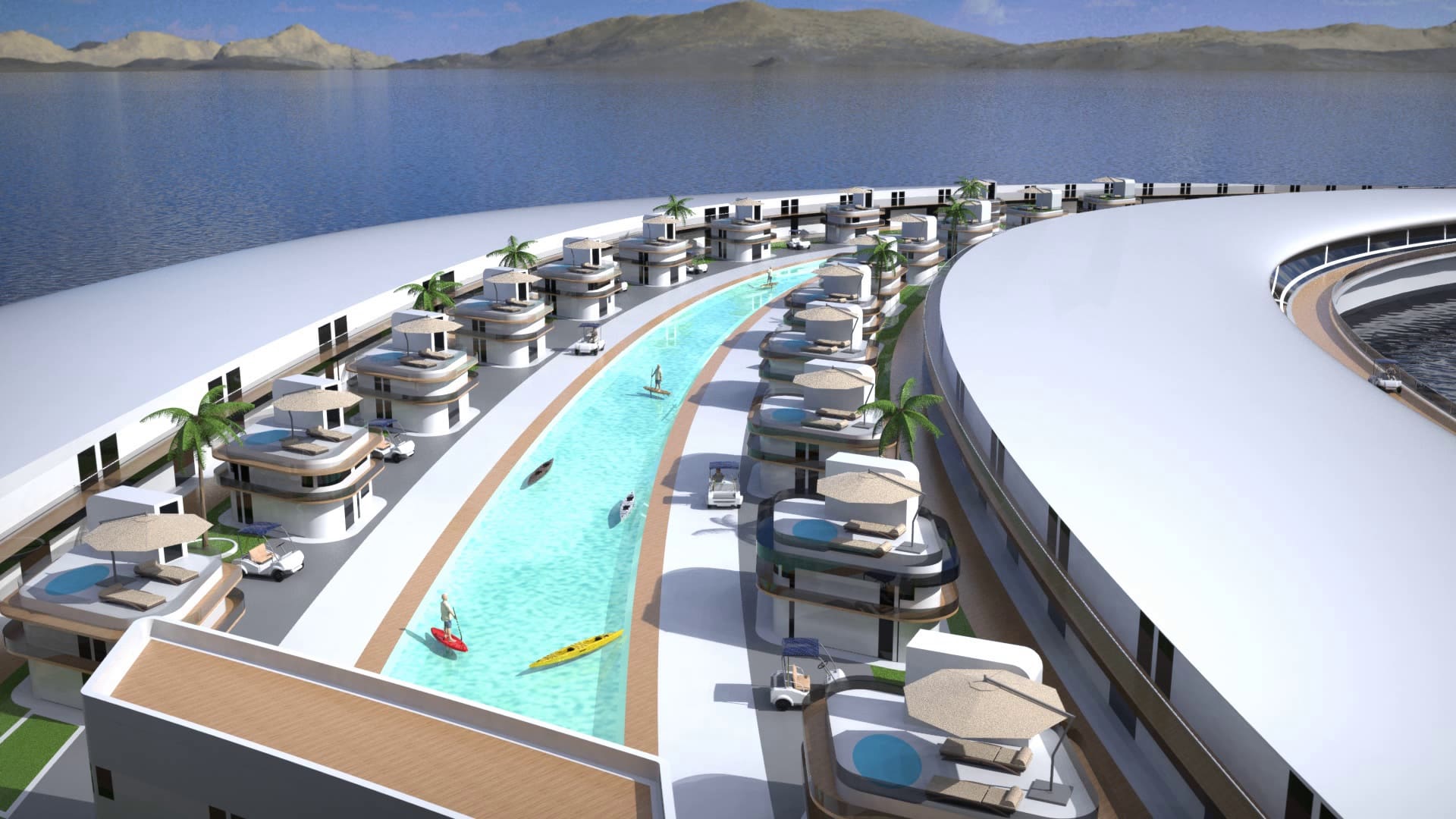 Pangeos would take eight years to build and cost a whopping $8 billion. It would be a floating city with different hotels, shopping centers, parks, and ship and aircraft ports.

You can watch an interesting two minute video of Pangeos the Terayacht below:

Overhead view into Pangeos. There will be a marina in the middle of the ship. 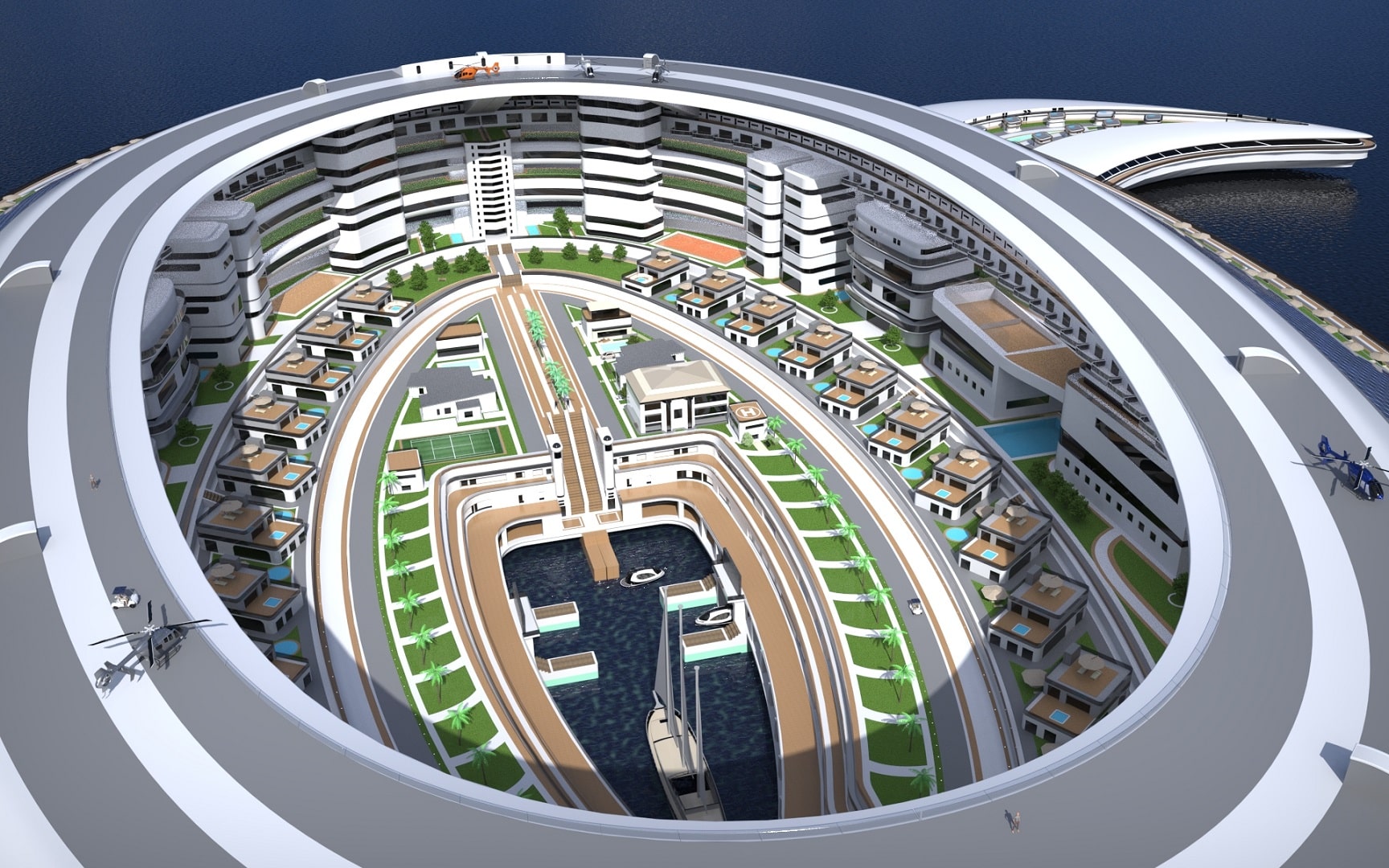 The ship would travel all around the world on nine fully electric engines. The hull would be divided up in about 30,000 cells to make the vessel as unsinkable as possible.

There will be no need to walk from one end of the ship to the other as golf carts will be available. 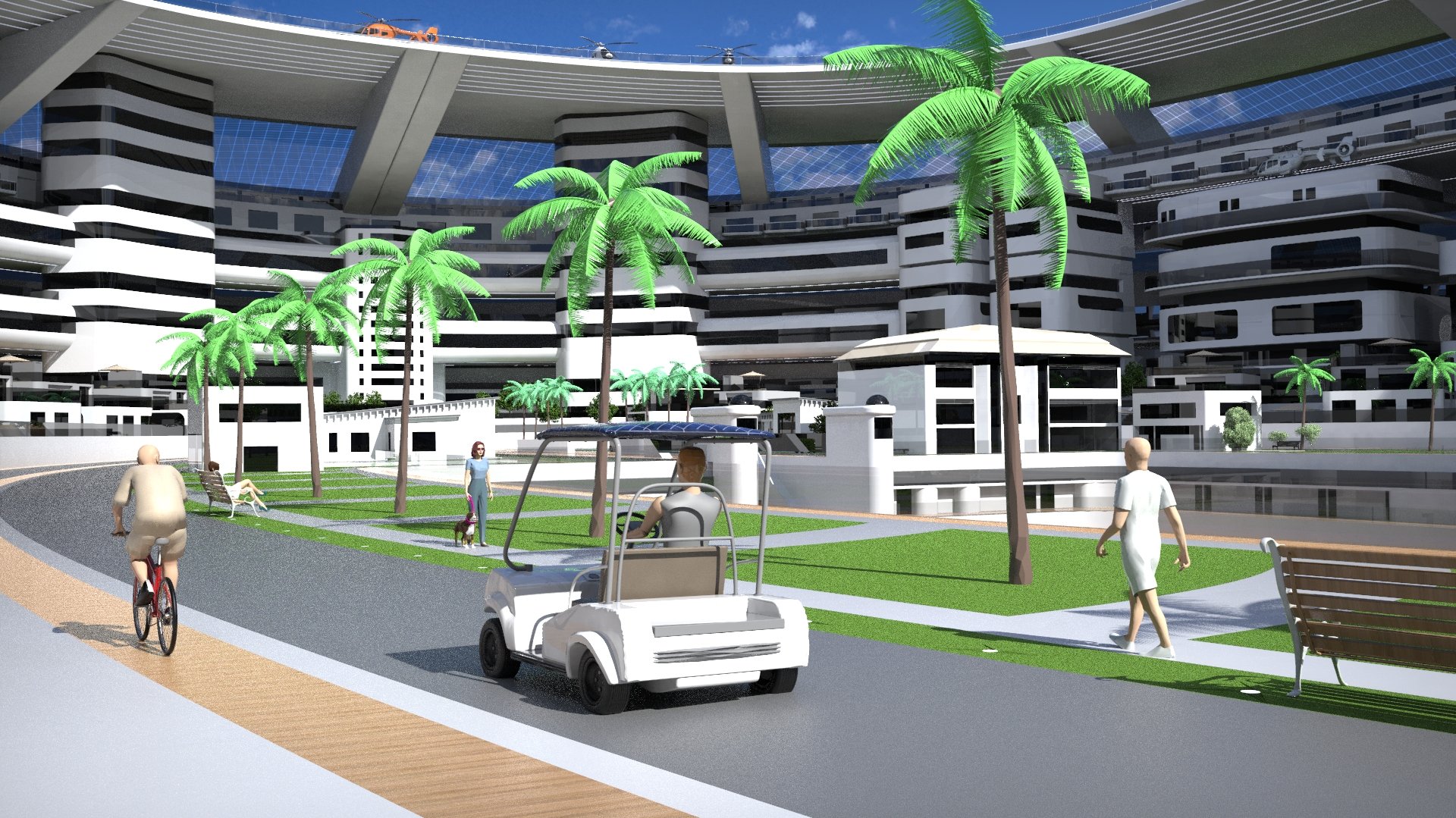 Pangeos the Terayacht is a concept that is unlikely to ever be built as a massive custom shipyard would have to be built in order for the project to move forward. However, it’s always fun to see the crazy designs that people come up with for future cruise ships.

Cash on a Cruise? Why I Still Bring It and How Much

How to make Your Photos Pop

How to make Your Photos Pop