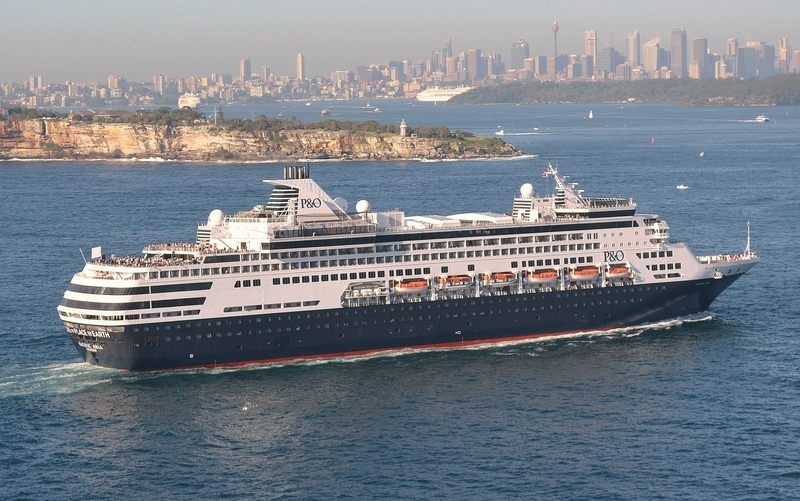 With the global cruise fleet undergoing significant changes, several vessels may be looking for new operators in early 2023. From coastal and expedition vessels to large contemporary cruise ships, Cruise Industry News gathered the latest on some of the vessels currently sitting in a limbo status.

For a complete market overview of ships moving between owners and leaving the market, see the Secondhand Market Report by Cruise Industry News.

The Oceana was sold by P&O Cruises in 2020, becoming the first cruise ship bought by Seajets, a Greek ferry operator. Facing an uncertain future, the 1999-built vessel was renamed Queen of the Oceans and has remained laid up in Greece ever since.

In a similar situation, the former Veendam was also bought by Seajets in 2020. Renamed Aegean Majesty, the vessel has been docked in Greece ever since the transaction.

The former Pacific Aria was also acquired by Seajets in 2020. Now named Aegean Goddess, the ship was towed to Lavrio in June 2022, where it remains laid up and out of service.

Seajets’ latest acquisition, the ex-Majesty of the Seas was operated by Royal Caribbean International until 2020. Bought by the Greek ferry operator early 2021, the 1993-built vessel has remained laid up in Greece.

After leaving the AIDA Cruises fleet in mid-2022, the AIDAvita is looking for a new operator. Currently docked in Estonia, the 2002-built vessel has been laid up since the start of the COVID-19 pandemic.

Presently sailing for AIDA Cruises in South Africa, the AIDAaura set to leave the company’s fleet in September. With no plans for its future announced at press time, the vessel appears to be available for sale.

Out of Fred. Olsen Cruise Lines’ plans, the Braemar is looking for a buyer. Built in 1993, the 25,000-ton cruise ship had been sailing for the British cruise operator since 2001.

Last chartered to Albatros Expeditions, the Ocean Atlantic is being replaced by the new Ocean Albatros in 2023. The expedition ship is now looking for a new operator while anchored off the Canary Islands.

While its sister ship Genting Dream has been chartered to Resorts World Cruises, the World Dream continues to wait for a new operator. Previously operated by Dream Cruises, the 3,400-passenger cruise ship is presently laid up in Southeast Asia.

Sold after the closure of FTI Cruises in 2020, the former Berlin continues to sit in limbo. While the owners planned to convert it into a private yacht, the 352-guest vessel remained docked in a Greek shipyard, with no further plans or updates on its future known at press time.

After sailing for Swan Hellenic Cruises for 2007, the Minerva was sold after the collapse of its operators in 2017. With the new owners reportedly planning a private yacht conversion, the 350-guest ship remains out of service in Greece for almost six years.

After seeing its schedule cancelled due to sanctions against Russian, the Golden Horizon has been docked in Croatia since mid-2021. With Tradewind Voyages also facing sanctions, the sailing vessel currently faces an uncertain future.

With its operators shutting down in 2020, the Birka Stockholm has been looking for a new owner for the past two years. Docked in Sweden, the 1,804-guest vessel was built for Birka Cruises in 2004.

One of the oldest active cruise ships, the Aegean Odyssey seems to be looking for a new operator. With no schedule for 2023, the 1973-built vessel spent the last few years sailing for Road Scholar as part of a three-year charter agreement.

Replaced by the former Crystal Esprit, the National Geographic Islander is currently laid up in South America. With capacity to just 46 guests, the coastal cruise ship had been sailing for Lindblad Expeditions in the Galapagos since 2005.

One of the oldest cruise ships in service when the pandemic started, the Astoria is facing uncertain times. A former ocean liner, the 1948-built ship was converted to cruising in the early 1990s and has been laid up in the Netherlands since its last owners went bankrupt.

After seeing its operators shutting down earlier this year, the 1998-built Pacific Venus is currently facing uncertainty. With no plans announced for its future, the Japanese-flagged cruise ship is presently laid up near Kobe, one of its former homeports.

After nearly a decade of service for Silversea Cruises, the Silver Galapagos was replaced by the new Silver Origin in 2021. With no plans announced for its future, the 1990-built expedition vessel was renamed Mantra and is currently sitting off Panama.

Other cruise ships currently for sale include:

A Brief Travel Guide to Greece

The Very Best Things to do in Zürich, Switzerland

Guide to the Best Beaches, Culture, and Nightlife

A Brief Travel Guide to Greece

The Very Best Things to do in Zürich, Switzerland

Guide to the Best Beaches, Culture, and Nightlife