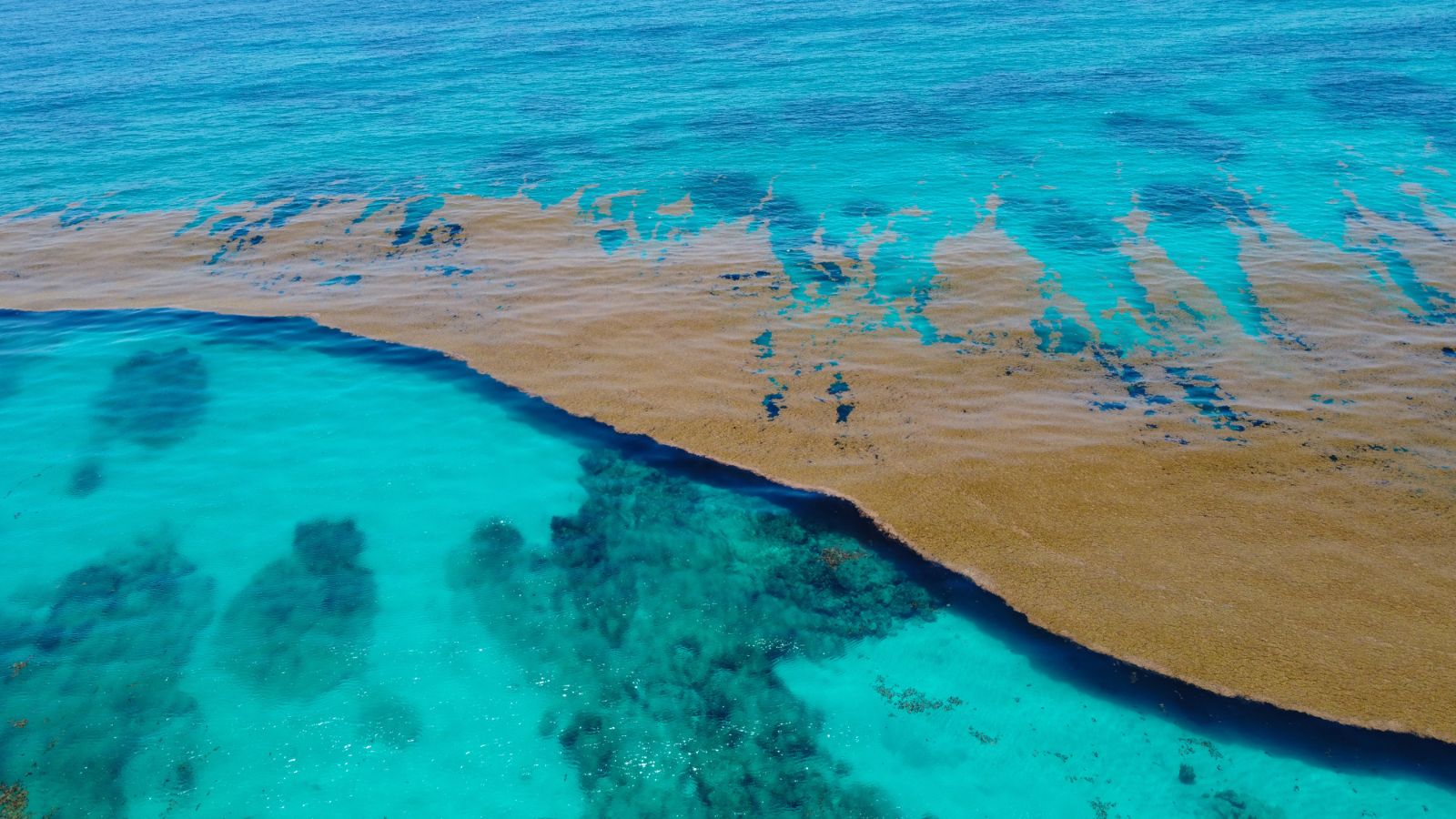 Sargassum was discovered on the coastlines of Puerto Morelos and Playa del Carmen, two beach resorts near Cancun, it was reported Friday. The first major Sargassum wave to hit the Riviera Maya in 2023 has arrived earlier than expected.

Sargassum levels on the beaches in Cancun and the Mexican Caribbean were predicted to be low for the first few months of this year back in November of last year. Of course, this was fantastic news for visitors to the Riviera Maya who were anticipating wintertime sunbathing and swimming on immaculate beaches.

Although sargassum’s high season normally ends in October and begins again in the spring, it appears to be growing with each passing year in the Mexican Caribbean and the surrounding area.

In the report, Esteban Amaro Mauricio, the director of Quintana Roo’s Sargassum Monitoring Network, explained that the reason for Friday’s unexpected events was that several “islands” of the macroalgae had already been forming in the Caribbean Sea in locations just a few miles parallel to the coast of the Riviera Maya.

It was just a matter of time before the waves washed up huge bunches of sargassum on the surrounding Mexican coasts; some of them are said to be up to 25 miles long.

With waves of sargassum continuing to wash up on the beaches of Puerto Morelos, Playa del Carmen, and even further south in Tulum and Mahahual throughout the weekend, local experts have predicted that the beaches might continue to be significantly affected for up to 72 hours.

Sargassum has so far invaded nearly 200 miles of shoreline, including beaches that are popular with regional and foreign visitors to the Riviera Maya.

“Since yesterday, there were landfalls in Tulum and (surrounding beaches), but the Directorate of the Federal Maritime Terrestrial Zone was working due to the alert, and the sargassum was removed. We are still expecting the arrival of a cold front of 23 degrees (73 Fahrenheit) for today, and hopefully, that will move the sargassum away from the coast,” Mauricio explained.

5 Countries With The Easiest Visas For Digital Nomads In 2023

Breaking down language barriers with the Fluentalk T1 Translator

19 Best Things to Do in Aruba on Your Cruise

Breaking down language barriers with the Fluentalk T1 Translator