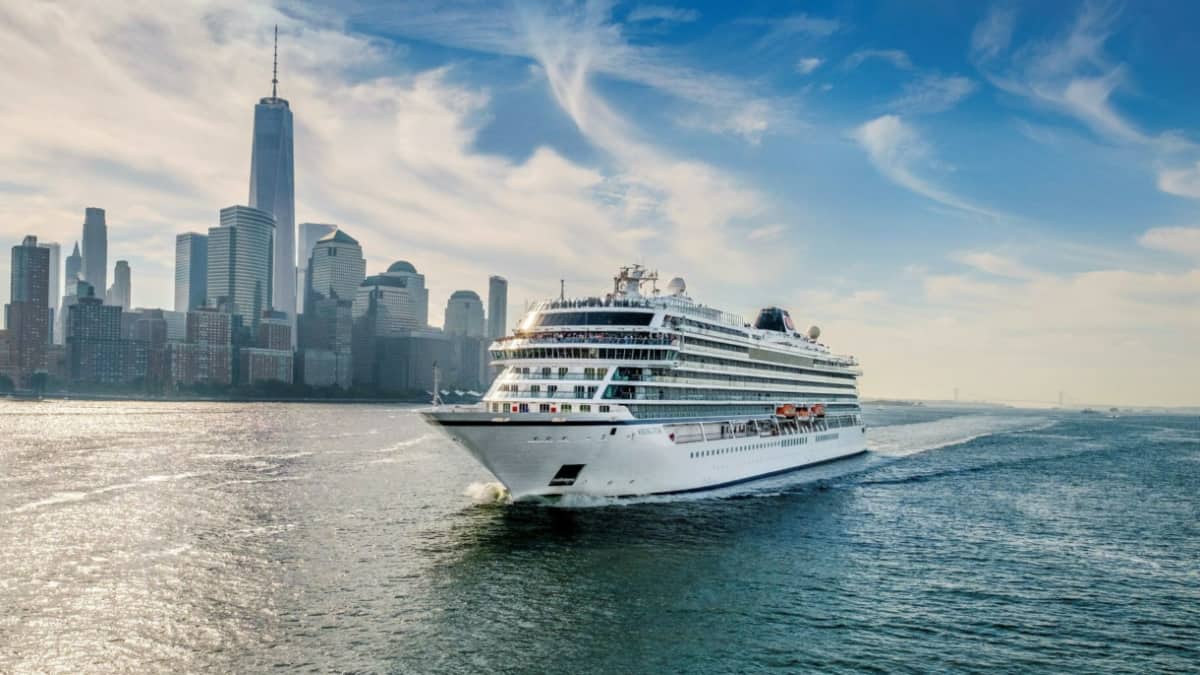 Voyage to Get Underway From Fort Lauderdale

Viking’s world cruise in 2024 will circumnavigate the globe and visit five continents after Viking Sky departs Fort Lauderdale, Florida, on December 19. Its final call will be in New York on June 17, 2025.

The 930-guest ship will call at ports in Central America before transiting the Panama Canal and sailing the West Coast of North America. Crossing the Pacific, Viking Sky will visit Hawaii and French Polynesia before reaching New Zealand and Australia.

From there, it cruises through Asia and the Middle East, then to the Mediterranean and Northern Europe. A transatlantic crossing to New York will conclude the voyage.

Viking Chairman Torstein Hagen said, ”For 25 years, we have been committed to providing our guests with immersive and culturally enriching experiences while traveling the world in comfort. Our previous world cruises sold out in a matter of weeks, and we continue to see strong demand from our guests for extended voyages. Our seamless world cruises are the greatest of all adventures and allow guests to explore more of the world with us.”

Multi-day Stays in Some Ports of Call

Guests will experience three days in the cosmopolitan city of Auckland, New Zealand, for instance, and three days in Mumbai, India, where guests can explore the metropolis, its colorful markets, and other attractions. Overnights are planned for Singapore and Istanbul, home to major sites such as the Blue Mosque.

On world cruise bookings made through March, Viking is offering several complimentary incentives, including business class air, ground transfers to and from the ship, all onboard gratuities and service fees, visa service and a Silver Spirits beverage package, which includes virtually all drinks on board, as well as luggage shipping services for embarkation.

Three shorter versions of the world cruise are offered: a 163-day World Voyage II segment from Los Angeles to New York plus a 138-day cruise from Fort Lauderdale to London, and a 121-day voyage from Los Angeles to London. Cruise fares for the full voyage are shown as starting at about $80,000 per person.

Onboard Viking Sky guests can choose from five stateroom categories, all of which have private balconies. The ship has 14 Explorer Suites, which are two-room suites ranging from 757 to 1,163 square feet and featuring wrap-around balconies.

The ship has a pool with a retractable roof that enables all-season swimming, plus a glass-backed infinity pool off the stern. Other spaces on the ship, which entered service in 2017, include a Scandinavian-inspired spa, offering a Snow Grotto, the Explorer’s Lounge, and the Wintergarden, where guests can indulge in afternoon tea.

Cruise watchers might recall that Viking Sky made headlines in March 2019 when the ship suffered a major engine failure, lost power and became stranded off the Norwegian coast. The ship made a mayday call, and all guests and crew were evacuated. The ship had been caught in a storm with 38-knot winds and high waves.

A Smarter Iceland Packing List + What to Wear in Iceland