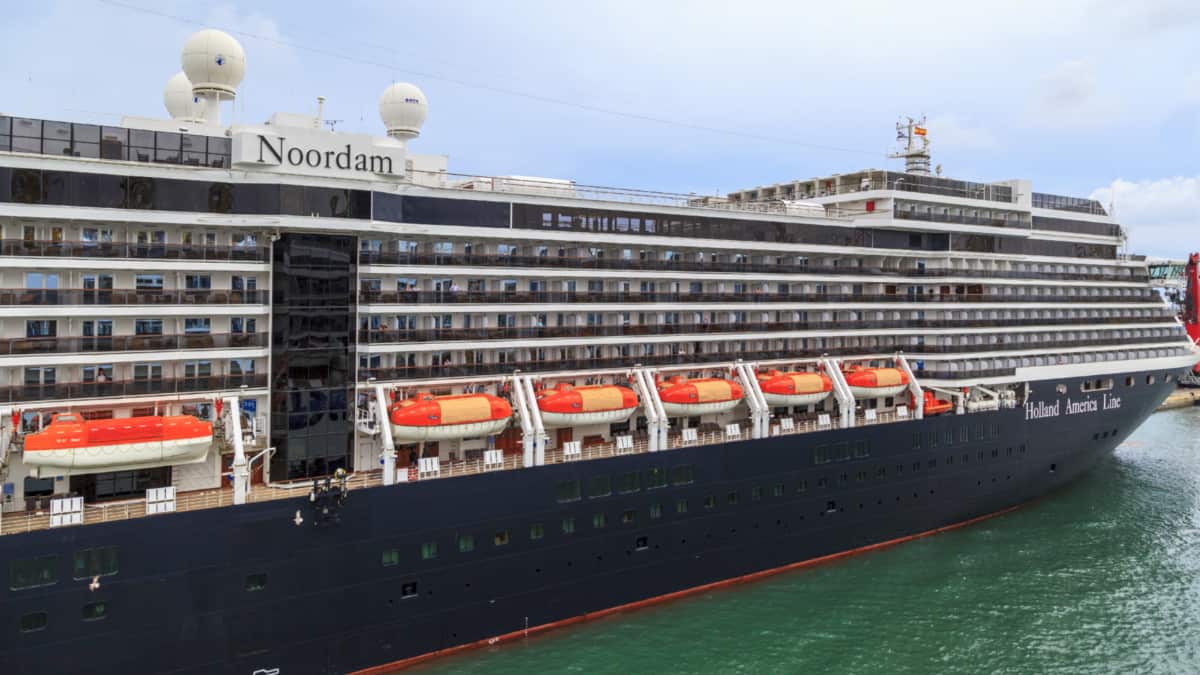 The approach of Cyclone Hale is causing issues for a Holland America Line cruise ship sailing around New Zealand. The Noordam sailed from Sydney on January 2 on a 12-night New Zealand discovery cruise. The vessel has already missed several ports on the itinerary, with further disruptions expected over the coming days.

Cyclone Hale is moving towards the northeast of the North Island from Monday night to Thursday and is currently located southwest of New Caledonia. It is expected to bring heavy rain, severe gale winds, and hazardous coastal conditions.

Noordam Itinerary Changes Due to Storm

The Holland America Line cruise ship Noordam has been forced to make several changes to its itinerary following the arrival of Cyclone Hale in the area. Bringing swells up to 18 feet, heavy downpours, and treacherous conditions around the New Zealand coastline, the cruise ship was forced to stay longer in Wellington, missing out on a call to Picton.

A call to Napier, famous as the gateway to Hawke’s Bay Vinyards, has also been canceled and replaced by a stay in Lyttleton.

The call to Tauranga looks to be uncertain as well at this point, with the full force of Cyclone Hale predicted to be hitting the Bay of Plenty and Tauranga in the coming 24 hours. Storms in this part of the Southern Ocean are not uncommon, and high seas are expected in New Zealand.

The Princess Cruises cruise ship Coral Princess has also had to change its itinerary due to the effects of Cyclone Hale. The vessel is currently in Wellington and will miss planned stops in Napier and Tauranga.

Tonight, January 9, the Coral Princess will sail through the Cook Straight and up the West Coast of New Zealand tomorrow. On Wednesday, the ship will go to the Bay of Islands before finally reaching Auckland on Thursday.

It is common for cruise ship itineraries to be altered due to weather conditions or other unforeseen events. Passengers on the Coral Princess and Noordam may be disappointed to miss out on planned stops, but the safety of the ship and its passengers is always the top priority.

The cruise lines will likely make efforts to compensate passengers for any missed activities or excursions, although further compensation for missed ports is unlikely. Cruise ships do have the right to change itineraries when circumstances call for it.

Cyclone Hale is just the next part of what has been an eventful cruise season in New Zealand. Several cruise ships were forced to comply with strict biosecurity protocols before being allowed into the country in the last two weeks, including Coral Princess on a previous cruise.