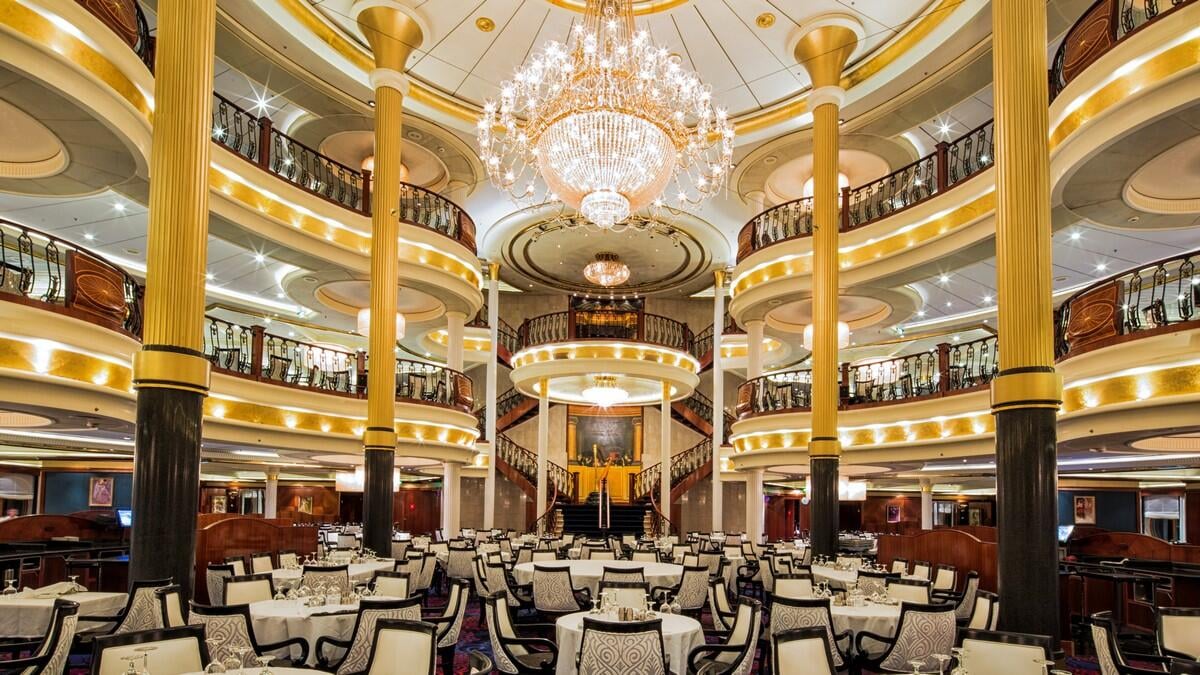 Symphony of the Seas is the first cruise ship in the fleet to launch the official new menu following weeks of testing.

In late 2022, Royal Caribbean began testing new menus onboard the Symphony of the Seas. After receiving positive feedback from guests, they announced that they were going to permanently change the menus on all ships within the fleet.

In addition to a new design, each night’s menu will have a theme: French, Italian, etc. There are still no sugar added and vegan options available, as well as premium selections.

Here’s a first look at the new menus onboard the Symphony of the Seas. So far we’ve been able to get physical copies of the first two nights menus, with the other night menus shown via the Royal Caribbean app.

We’ll be sure to update this article with copies of the printed menus once they become available during the current sailing.

Royal Caribbean expects the new menus to be available on all ships by early February.

The theme for the first night is “Welcome Aboard,” and the menu features some classics from the old menu, including the caesar salad, shrimp cocktail, escargots, New York strip steak, spaghetti bolognese, Royal cheesecake, and ice cream.

The dining theme of night two onboard the current Symphony of the Seas sailing is French Night.

It seems as though the primary feedback they received for the menu was in regard to the desserts, as many of them have been updated compared to the sample menu that was tested last month.

For nights three, four, five, six, and seven, the best look we have right now is what’s available on the app, which might not be 100% accurate. We apologize for this and will update as soon as we can get the physical menus.

Gone are the days of ordering multiple lobster tails. If you’d like a second, you’ll now be charged $16.99 plus 18% gratuity.

It’s been a few years since the last time Royal Caribbean refreshed their dining menus, which is why they relied on guest feedback when curating the new menus.

During the testing phase, they sent a team of six people onboard the Symphony go the Seas who were responsible for conducting in-person meetings with 30-40 passengers per day. In addition, surveys were sent out via email.

In an exclusive interview, Linken D’Souza, the Global Vice President of Culinary, Dining, & Beverage said, “If there’s four or five modifications we can make, we’ll iterate and make those changes. If there’s a theme that’s not working and we’re seeing a lot of dissatisfaction on a specific day within the cruise period, we’ll review that experience.”

As previously mentioned, one of the reasons for this change is to decrease the time guests spend in the Main Dining Room.

The company believes that each dinner service should last around 75 minutes. Today, passengers can spend 95-120+ minutes at dinner. This allows guests to get enjoy other activities during their cruise vacation.

If you do not want a faster dining experience, all you have to do is tell your waiter.

“I think holistically, when you look at both the service experience we create with the theming of nights and then the food that’s layered in…you’re going to see hotter, fresher, more consistently plated, beautiful food,” said Mr. D’Souza.

Cabins on Cruises That Should Probably Be Avoided

9 Cheapest Airports to Fly Into Italy

9 Cheapest Airports to Fly Into Italy