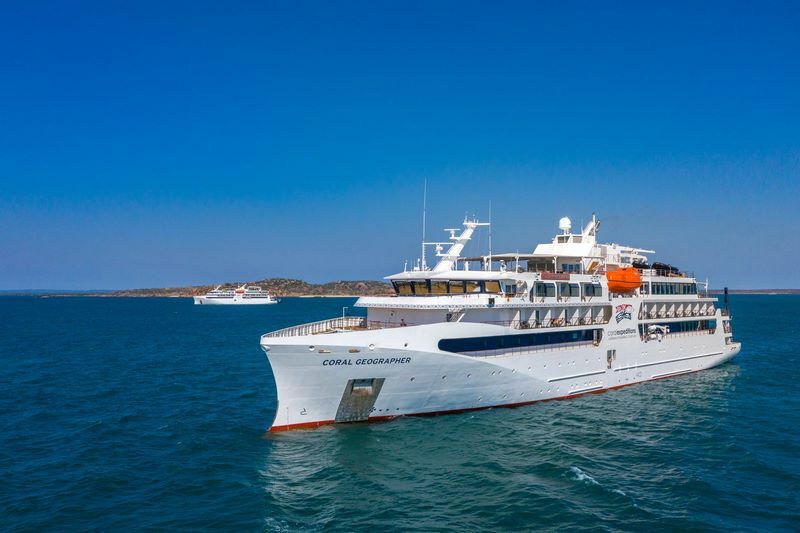 In response to increased demand, Coral Expeditions announced the release of 11 new voyage dates in Kimberley for 2024.

The newly added expedition voyages aboard the Coral Geographer will be scheduled between May and August 2024, according to the company statement.

Coral Expeditions commercial director Jeff Gillies said: “The additional deployment reflects the importance of the Kimberley for us and for the Australian-flagged expedition cruising sector.

“New entrants may come and go.  But the Kimberley is our home and we have forged our reputation on delivering immersive expeditions with a uniquely Australian style over the past three decades.”

This is in addition to the already published cruise schedule for the Coral Adventure and the Coral Discoverer. With the Coral Geographer now offering the Kimberley itineraries as well, now Coral Expeditions’ entire three-ship fleet operates in Kimberley.

Combined, Coral Expeditions has scheduled a total of 45 departure dates in 2024 on all three ships.

The highlights of the voyage will include the tidal phenomena of Montgomery reef and the Horizontal Falls, the towering escarpments and waterfalls of King George and the Mitchell Rivers, wildlife sanctuaries of the Lacepedes, and the ancient rock art and cultural sites dating back over 40,000 years.