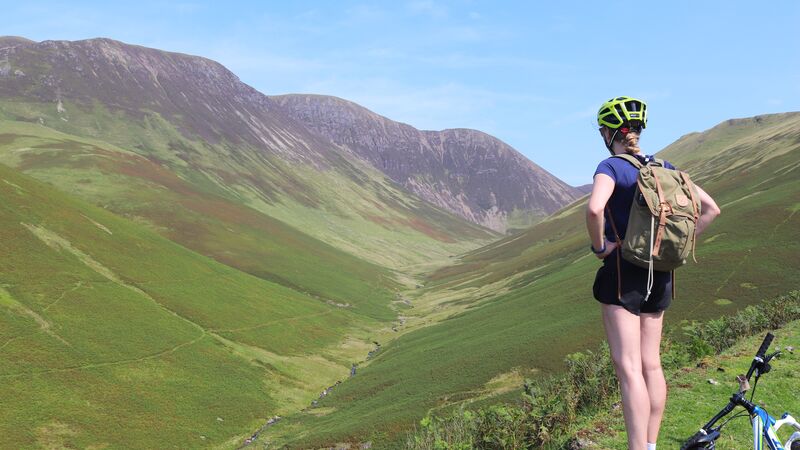 Don’t eenie, meenie, miny, mo it – read this blog instead.

Just when you think deciding to go on a holiday was the hardest part, figuring out exactly which country you want to visit rears its frustratingly difficult head to remind you that you’ve still got a long way to go. So, you’ve settled on the United Kingdom but, out of England or Wales, which is the better destination?

We’re so glad you asked that question. While England might have London and the lovely Costwolds region, Wales has Snowdonia National Park and delectable seafood so we understand how this decision might be the hardest one you’ve had to make all year.

To help you figure it out, we’ve put together a comparative guide on the cities and landscapes of both England and Wales in the hopes that your decision magically becomes easier. If not, you can always flip a coin.

England might be small, but its cities definitely pack a punch – they simply don’t get much bigger or more cosmopolitan than London. With a history that stretches back 2000 years and several iconic attractions that’ll keep you occupied for days, it’s easy to see why London has captivated travellers for centuries.

As well as the tourist hot spots of Big Ben, the London Eye, Westminster Abbey, Trafalgar Square, and Buckingham Palace, there are plenty of hidden gems to keep your eyes peeled for such as trendy restaurants, boutique markets, perfectly manicured gardens, and shop-till-you-drop department stores.

But London isn’t the only city England has to offer. From Manchester in the north to Birmingham in the west, you could travel up and down England and never be too far from a concrete jungle that promises adventure and delivers memories.

You might think that nothing compares to London but there are plenty of beautiful and vibrant Welsh cities that’ll provide just as much fun and entertainment as England’s.

Whether you want to eat your way through some of the world’s best food in Cardiff (think blended cuisines that focus on freshness and local flavour), learn about medieval history in Tenby or discover the secrets of Conwy with its impressive castles and impeccable gardens, you’ll never run out of metropolitan cities to explore.

EXPLORE TENBY ON OUR HIKE THE PEMBROKESHIRE COAST ADVENTURE

England isn’t short on natural wonders. You’ve got the Seven Sisters Country Park filled with twisting hiking trails and bird-watching spots, the Peak District with its spellbinding gorges and rolling green hills, and Botany Bay with its seemingly untouched beaches and cliff faces (and that’s just scratching the surface).

It’s easy to get lost in England’s natural beauty and once you step away from the busy streets and head off the beaten track, you’ll quickly fill your phone’s camera roll with picture after picture of fairytale-like lakes, mystifying rivers, and mountain ranges you’ll be utterly captivated by.

RELATED: 6 THINGS TO DO IN THE PEAK DISTRICT IN WINTER

Wales may have received the participation award to England’s first-place win when it comes to which country has the best cities but Wales leaves England in its dust if we’re comparing landscapes. There’s Snowdonia with its national parks and unforgettable scenery, Pembrokeshire with its breathtaking coastline and picturesque villages, Llangollen with its UNESCO World Heritage-listed sites and the enchanting Deer Valley, and Anglesey with its pristine beaches and romantic lighthouses. Honestly, we could go on.

If wandering out into the great outdoors and having room to hike, bike, or walk your way through some of Mother Nature’s best work is your kind of thing, then Wales is your kind of place.

Not only are these two countries closely located but they’re also close in the race for the number one spot on your holiday list. England definitely deserves a visit at least once, but does it need to be done now? Wales is less of a bucket-list destination but will provide just as much culture, beauty, and fun as England.

This one’s too tough to call but since they’re located right next to each other (London is a short 46-minute flight from Cardiff), why not do both? Problem solved.