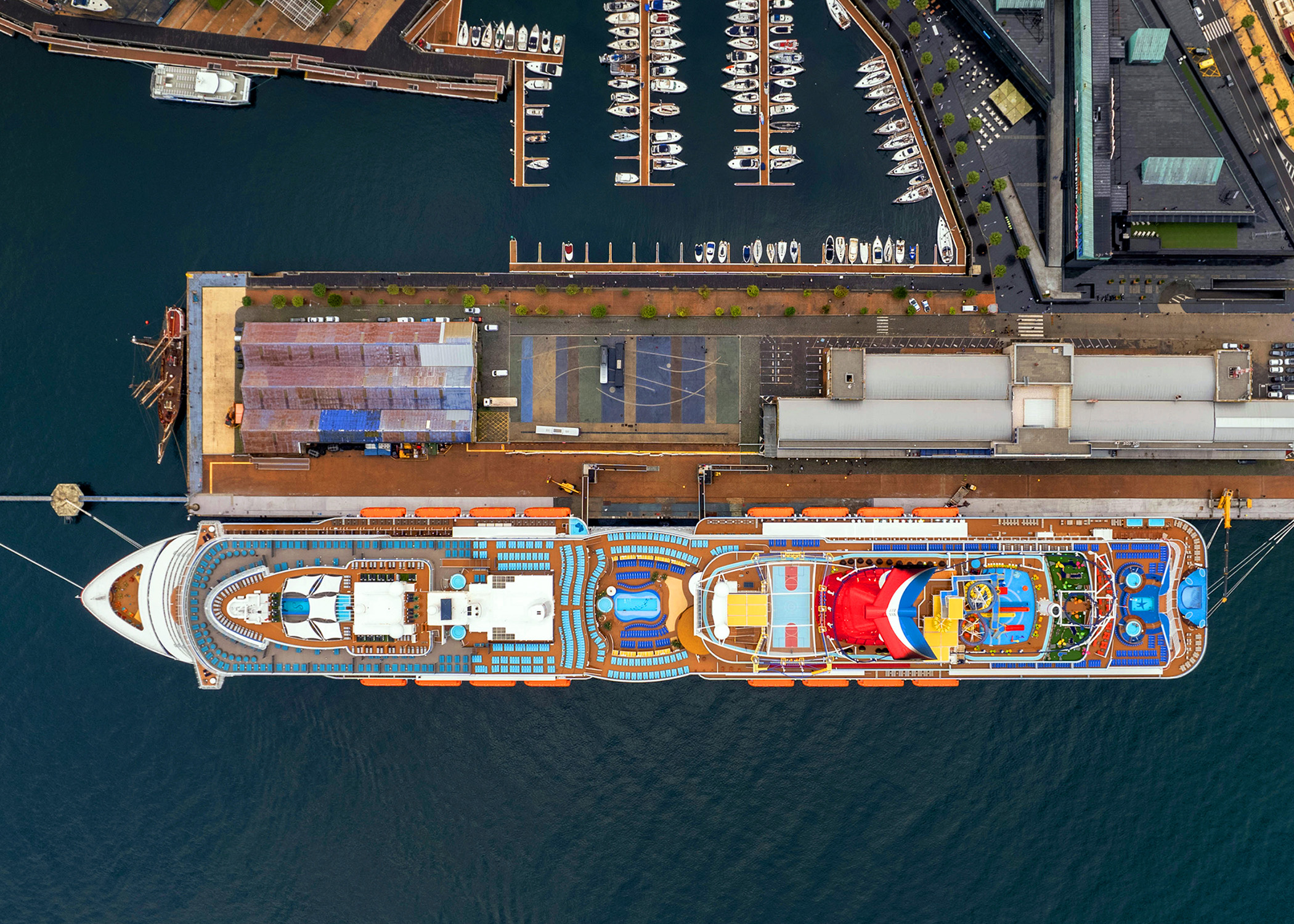 Carnival Celebration arrived at its PortMiami homeport and was christened by actress Cassidy Gifford Sunday evening. The festivities were befitting of the ship’s name and underscored Carnival’s year-long celebration of 50 years of fun.

Sister to Mardi Gras, Carnival Celebration is launching year-round service from its hometown of Miami.

“This naming ceremony of our new flagship Carnival Celebration is the perfect culmination of our 50th birthday as this spectacular ship honors our past and signifies the fun and growth ahead,” said Christine Duffy, president of Carnival Cruise Line.

Duffy spoke before an audience gathered for the ceremony in the ship’s three-deck-high atrium, Celebration Central. Carnival Celebration Godmother Cassidy Gifford christened the ship, with a traditional breaking of a champagne bottle, alongside Captain Vincenzo Alcaras. Gifford was also joined by her mother, Kathie Lee Gifford, who served as godmother of Carnival Celebration’s namesake, M/S Celebration, which was similarly christened in 1987.

Along with an impromptu performance by Kathie Lee, who sang the memorable tune to the now-legendary commercials that helped to popularize the Carnival brand in the 1980s, attendees were also treated to a preview of Carnival Celebration’s spectacular entertainment programming, including an aerialist performance. A concert by Kool & The Gang capped off the night, which included their dance classic, “Celebrate!” In addition, the event was broadcast online so Carnival fans could share in the festivities from anywhere.

Carnival Celebration’s first guests to board the ship from Miami will depart today on a special six-day Thanksgiving cruise, with visits to Grand Turk, Amber Cove and Nassau. On Nov. 27, the ship will begin a rotation of week-long Eastern and Western Caribbean sailings that depart every Sunday and visit popular destinations, such as the Dominican Republic and St. Thomas, as well as Cozumel and Costa Maya, Mexico. To see sailings offered on Carnival Celebration, visit Carnival.com.

Sunday evening, Emeril Lagasse cut a ceremonial ribbon on his second restaurant at sea, Emeril’s Bistro 1397 inside Carnival Celebration’s The Gateway zone, a first of its kind concept in cruising.

Lagasse’s latest location builds on guest-favorite menu items from his first restaurant at sea on board Mardi Gras and adds many more international offerings to match The Gateway zone’s theming – helping to create a truly immersive experience. Transporting guests to far-away destinations by offering cuisines which complement the visuals shown on 12 virtual “windows” surrounding the space, the zone also features a 100-foot LED ceiling, sound effects and theatrical lighting that combine to create an ever-changing environment inside a two-deck-high promenade.

The Gateway also includes a new travel-inspired bar concept, Latitudes, which evokes a classic airport or train station with a modern take on a vintage “departures” board. Together, Latitudes and Emeril’s Bistro serve international flavors which change to correspond with the zone’s nightly themes and featured cultures.

Ahead of the ribbon cutting, Duffy announced a $25,000 donation from Carnival to the Miami Veterans Affairs Healthcare System in honor of the Miami-Dade leadership. The donation will support medical and health services to more than 6,000 women veterans in Miami-Dade.

The terminal’s new clean and open design allows for exceptional efficiency and flexibility to accommodate Carnival’s newest class of ships. The terminal also maximizes technology so guests move through the embarkation process quickly and enjoy a more seamless boarding experience. Now, the fun of a Carnival cruise starts even before boarding the ship. Digital media experiences are built into all three levels of the new terminal, including an immersive tunnel on level two that guests will pass through. The digital screens showcase images of the ship, destinations, underwater seascapes, and the nighttime sky.

For additional information on Carnival Cruise Line and to book a cruise vacation on Carnival, 1-800-CARNIVAL, visit http://www.carnival.com, or contact your favorite travel advisor or online travel site.