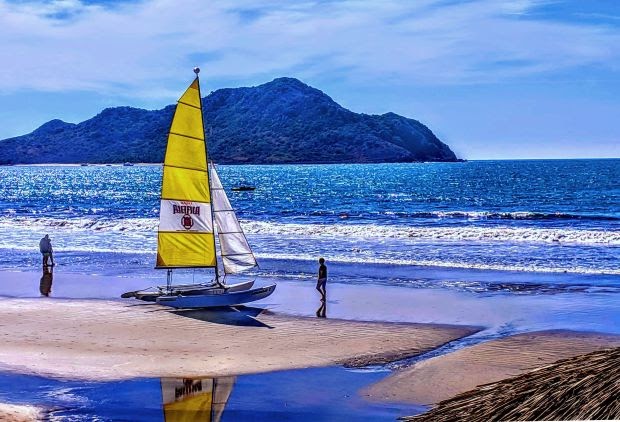 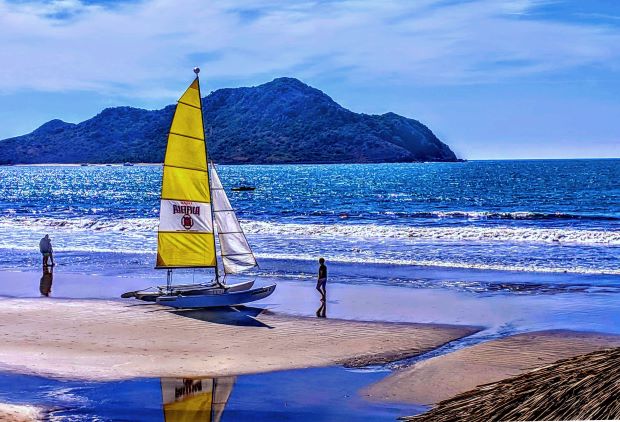 The original article was published in Travel Awaits last Feb. 9. 2022.

The Mexican
Pacific Coast is where my husband really wants to live; Mazatlan in Sinaloa, in
particular. That’s where he’d collected great memories with his late wife and children
on vacation from his then-hectic corporate life. When we met, he readily hosted
my family in his timeshare. They loved it and said it was the best vacation
they’d ever had.

The city’s charm
comes from the fact that it isn’t just a resort town. It is a bona fide Mexican
city, with age-old traditions like the third largest Carnaval in the world in
February, places like its beautiful historic downtown complete with a venerable
theater, a beautiful cathedral, and a great Mercado, and landmarks like the
longest Malecon in Latin America with significant monuments and gorgeous beaches.
This Shrimp Capital of the World is now our second home.

We stay in
Mazatlan’s  El Cid Resorts every winter
although we can also stay at their Cancun and Cozumel properties. From our
house in Mesa, Arizona, it is a little more than 900 miles or 16 hours of
driving time. We are currently here on our fourth winter break, missing 2020
because of Covid. To get here, we have used three different routes and have
gotten to know six different stops. 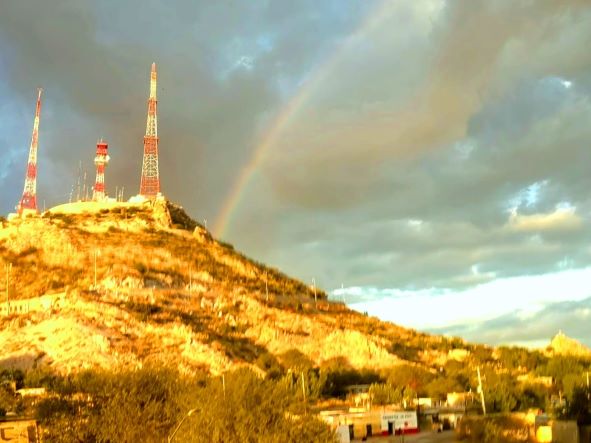 Hermosillo
is the largest city (population 830,000), the capital, and the main economic center for the state of
Sonora which borders Arizona. It has grown much because of strong
industrialization, especially since the 1980s in the automotive industry. Such
is the economic stimulus of being on the US border.

It’s six hours (without time at the border) from
our home in Mesa and, as such, is very much like an American city. It boasts of
an interesting and rocky landform called the Cerro de la Campana considered the symbol of the city. On
a hilltop at an elevation of over 1,000 feet, it provides tourists an excellent
view of the city. 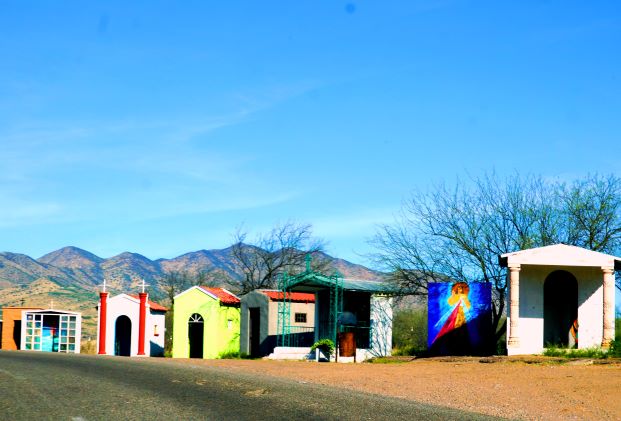 The federal
highway Mexico 15 is the freeway that connects Arizona
to Mazatlan. There are two parts: 15D is the Cuota (toll) while 15 is the Libre
(free) road. We were amazed at the improvement of the Sonora section of 15D
between our first and second trips (an interval of eight years). Running straight
south, we registered great mph throughout. On our fourth trip, toll fee
collection plazas were no longer operating but they resumed on our latest
(fifth) trip. There were still a lot of those vibradores that force motorists to reduce speed. But you also have great scenes along the way.

Los Mochis
is a coastal city in the northern part of the state of Sinaloa. With a
population of over 360,000, it is the end of the Chihuahua-Pacific Railroad
which passes through scenic Copper Canyon, a major tourist attraction of
Mexico. This railway links the cattle markets in Kansas City, USA with the
nearest port on the Pacific Ocean, Topolobampo, the second largest deep-water
port in the world located right before Los Mochis. 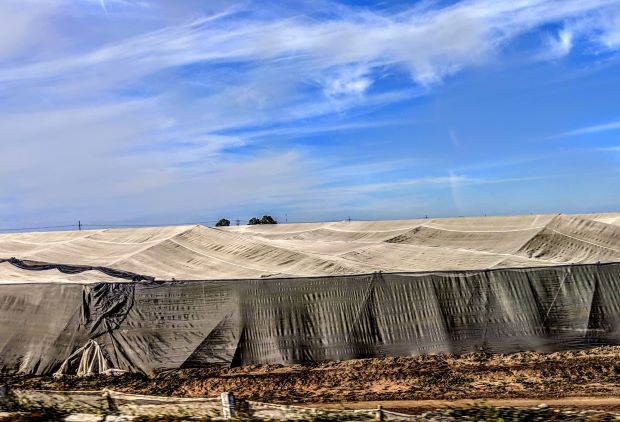 The city is also
at the center of the state’s agricultural area producing sugar cane, cotton,
rice, flowers, mangoes, and other vegetables. Corporations have adopted many
small farms, introducing innovative farm implements and practices.  But we also saw many men lined up at truck
stops and farm entrances, waiting for farm managers to pick them up for work in
the fields. These scenes were depressing because many do not find work
and remain idle. Perhaps this is partly why the drug industry has flourished in
the state. 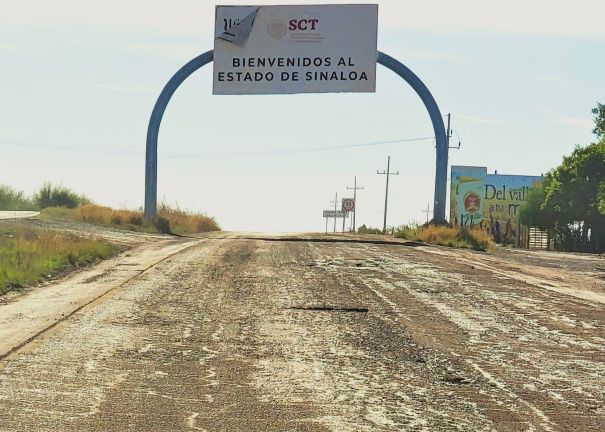 From Los
Mochis to Mazatlan, Mexico 15D is almost the same as we saw it on our first
trip: full of potholes. Ironically, there was a Cuota Collection stop every
half hour. There were eight of them on the five-hour drive, even more than
Sonora. The saving grace is that, on the last hour of the trip, the big, blue, and
calm Pacific Ocean stayed with us to the right of the highway, reminding us that
the paradise we seek is almost around the corner.

On our third
winter vacation, we met a couple who had been driving to Mazatlan for years.
They advised us to change our route to one that not only divides the trip more
evenly but also deliberately confines stops to Sonora. It is a state with a Level
3 Travel Advisory (go with caution) instead of Sinaloa with a Level 4 (do not
go). And the stops are even more charming! 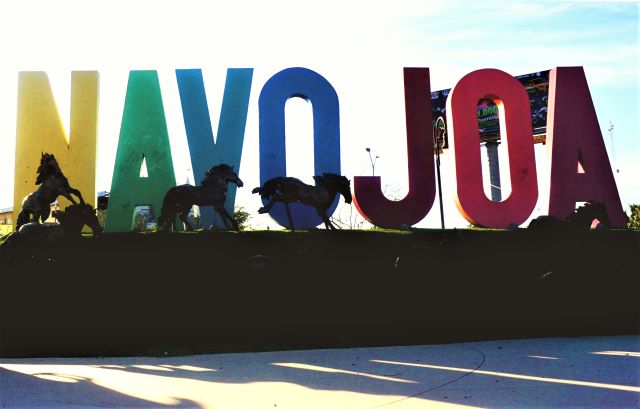 The first
stop of our return trip was Navojoa, Sonora, the fifth-largest in the state (population 150,000).  The Mexican Revolutionary Álvaro Obregón was born in a small town near the
city. After the 1910 revolt, he became President of Mexico, introducing modern
agricultural techniques, making the surrounding valley one of the most
prosperous agricultural regions in Mexico.

Today,
foreign and local investors have gone into many other industries like shrimp
farming, swine production, and even a Tecate (beer) brewery. Prosperity is
evident. A lovely Main Plaza fronts the Palacio Municipal surrounded by four
monuments, a striking Clock Tower, with lovely Cathedral spires visible. At
the rotunda, a colorful Navojoa sign welcomes visitors.

The next
town, just six hours from Navojoa, is a little more than 60 miles south of
Nogales on the US border. The movie “The Fast and The Furious” was filmed there
(and in the nearby town of cattle country, Santa Ana) in June and July 2008. Magdalena
de Kino (population 25,000) is a Pueblo Mágico, one of 100+ towns selected by Mexico’s Ministry of Tourism for a scenic, cultural or historical qualities. 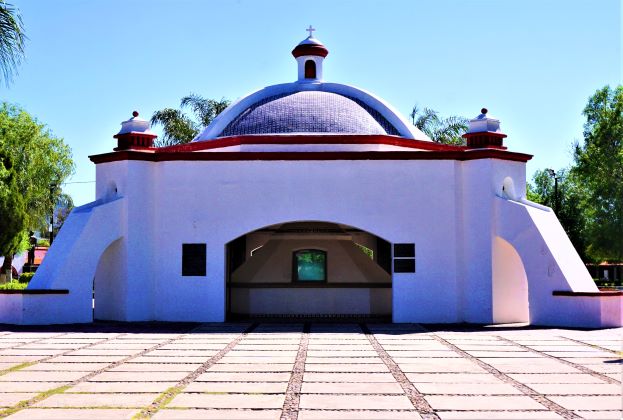 We loved our
stay at the 5-star Hotel Industria, one of six hotels in the city. It is just a
half block away from the beautiful Main Plaza around which we had a lovely
horse-drawn carriage ride in the evening.  At the center are a chapel containing the
lying effigy of and a monument with a crypt housing the remains of Father Francisco Eusebio Kino which were discovered there in 1966, 255
years after his death.  He is the pioneer
Roman Catholic missionary who founded fifteen missions in the area as well as in
southern Arizona. The city is also named after Santa Maria Magdalena for whom a
pretty church was also built in the Plaza.

Our Most Recent Route: Nogales
and Ciudad Obregon

Last
Christmas we celebrated with my husband’s daughter in Denver, Colorado. Since
we were not coming from home, we ended up in Nogales, Arizona after a stop in
Albuquerque, New Mexico.

Nogales is an
Arizona city of about 20,000, Arizona’s largest international border community,
and part of the larger Tucson-Nogales combined statistical area. It has a
counterpart city of Nogales in the state of Sonora on the Mexican side. I-19
continues south from Phoenix into Mexico 15D. These two highways, together with
their Canadian counterpart, comprise the CANAMEX Corridor that connects the
three countries.

Nogales channels
about US$30 B worth of fresh produce and manufactured goods from Mexico into
the US. This trade helps support thousands of jobs and local economies
throughout Arizona and Sonora. Pretty interesting but it’s not a tourist town.
However, it makes a great base from which to continue a drive into Mexico or to
relax in after going through the procedures at the US border. 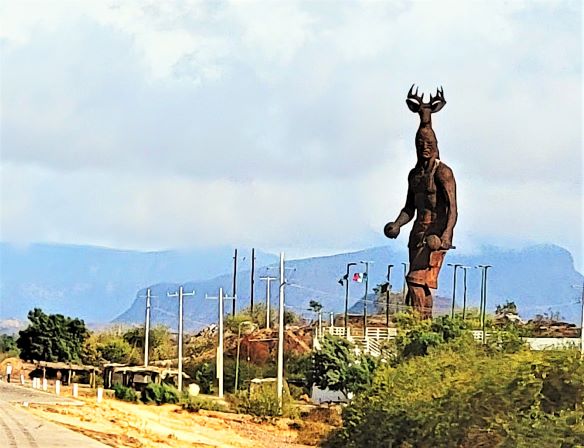 Ciudad
Obregon, the state’s second-largest city after Hermosillo with a population of
329,404, is a six-hour drive from Nogales. Mazatlan is seven hours away. Since
Navojoa is an hour farther from Ciudad Obregon, we chose this new stop to allow
for time at Km. 21, where the tourist and vehicle permits to stay in Mexico are
processed after border crossing. This usually takes about an hour.As you
approach the city from the north, the statue of an indigenous Yaqui greets you. He represents the tribe that
won several battles against the Spanish but in 1610 was persuaded to submit to
the Spanish Crown. Even then, conflicts continued into the next two centuries.
In 1887 the Porfirio Diaz army shot the Yaqui Chief Cajeme to death. That
ushered in commercial and agricultural progress in the 1900s, just like nearby Navojoa
when Obregon purchased modern equipment and developed “Hacienda Nainari.” In 1927,
however, he was assassinated and the city was named after him.

The Laguna
de Nainari, a man-made lake with a diameter of about two kilometers, is the
green spot in the city. It is a meeting place for various groups and where
people can sample many different snacks of the region. People also gather at
the Ostimuri Children’s Park and Zoo which also features a Planetarium.

As you can
see, there are great stops on this route. We choose them based on two factors: the
US State Department Travel Advisory Level due to crime and the driving time from
our starting point (home or elsewhere). When we go home in April, we will stop
at Navojoa and Nogales.

Routine Maintenance Refresher: The Basics of Regularly Maintaining Your RV