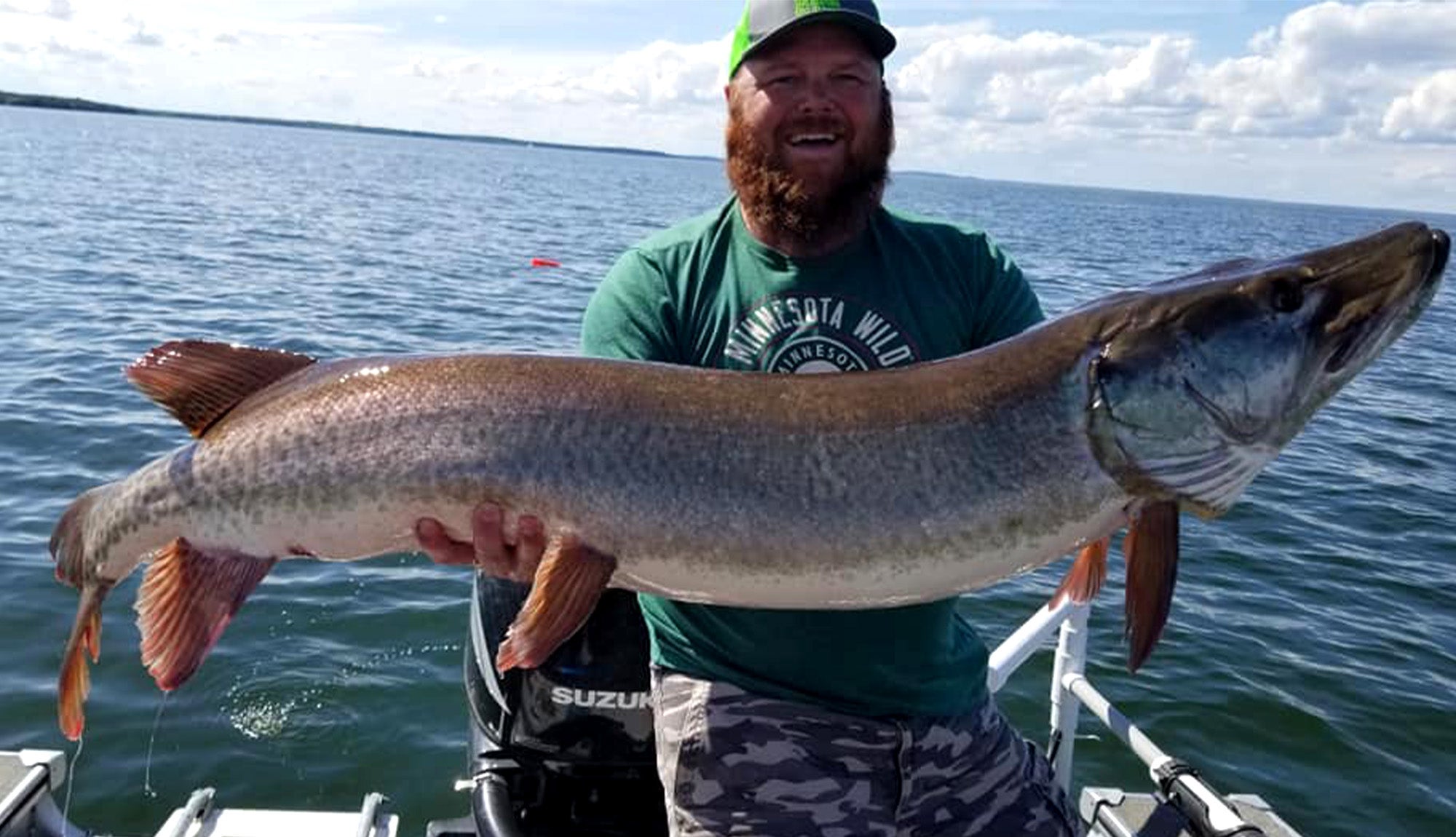 For the second year in a row, Minnesota’s Lake Mille Lacs has produced a state-record muskie. Eric Bakke, of Princeton, Minnesota, caught the 58.25-inch muskie back in June, and the fish was certified yesterday as a catch-and-release record by the Minnesota Department of Natural Resources. The previous catch-and-release record was a tie between two 57.25-inch muskies that were caught in 2019 and 2021, according to the DNR.

Bakke was fishing Mille Lacs with two buddies on June 11 when he caught the monster muskie. They were trolling a footlong lure that Bakke referred to as a Supernatural Big Bait in a social media post. He also thanked his friends Troy Zuelke and Scott Ashby for being there to net the fish and share the once-in-a-lifetime experience.

“This 56” x 24” Mille Lacs giant came to the net a few weeks ago to brighten our day,” Bakke wrote on Facebook later that day. “I was so lucky to be able to share the moment with a couple great buddies.”

After getting the fish in the boat, the three anglers were able to measure, photograph, and release it in under a minute. This was important for Bakke, who said he believes that the key to a healthy muskie fishery is to “let them go, let them grow.”

“In order to catch more and bigger fish you have to put them back,” Bakke told the DNR. “This record should and will be broken in the next year or two if we all make the choice to keep all those big fish alive and swimming for the next person to experience and catch a fish of their lifetime. I’d like to say thank you to all of the people who have caught that fish over the past 20-plus years, took care of her and put her back. She is still out there for all of you to go try to catch again.”

The Longest, but not the Biggest Muskie in State History

To clarify the type of record that Bakke now holds, his Mille Lacs fish is the longest muskie in state history, but it’s not the largest. Minnesota maintains a “certified weight records” book for all fish species, along with a “catch-and-release” record book for muskie, pike, sturgeon, and flathead catfish. Anglers pursuing a weight record are required by the DNR to harvest the fish and weigh it on a certified scale, while the agency accepts photo submissions for catch-and-release records, which are based entirely on the length of the fish.

Minnesota’s certified state-record muskie was caught from Lake Mille Lacs last November by angler Nolan Sprengeler. His state-record catch measured half an inch shorter than Bakke’s fish, but it was five inches girthier and much heavier. Weighing 55 pounds, 14.8 ounces, Sprengler’s muskie was big enough to finally replace the previous state-record muskie, which was caught on Lake Winnibigoshish way back in 1957. Although we’ll never know the true weight of Bakke’s fish, plugging its length and girth into the formula for esox estimates comes out to roughly 42 pounds.

When Outdoor Life caught up with Sprengeler last fall, he said he was actually going after the state catch-and-release record when he caught his trophy muskie. The fish was hooked too deep to survive the release, however, and the angler decided that the best way to remember and respect the muskie was to harvest the fish and get it certified.

Should I Go to El Potrero Chico This Season?

11 Very Best Things To Do In Leipzig – Hand Luggage Only

Should I Go to El Potrero Chico This Season?

11 Very Best Things To Do In Leipzig – Hand Luggage Only