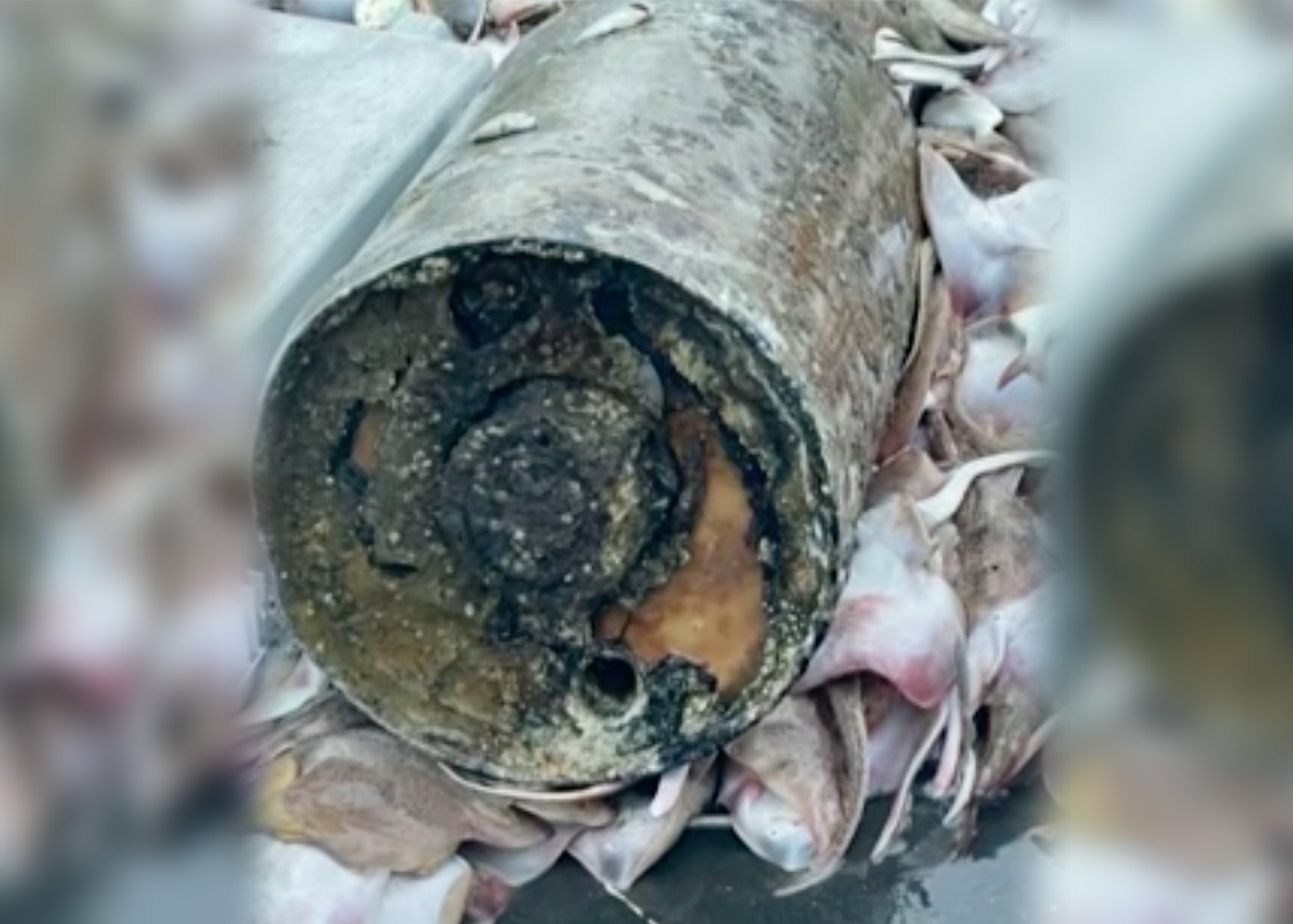 Last week a commercial fishing crew based in Narragansett, Rhode Island, hauled in an explosive device that dated all the way back to World War II, NBC-10 News reports. The Ocean State crew was fishing roughly four miles east of Block Island last Tuesday when they netted the device, which the U.S. Navy later identified as an MK 6 depth charge. The undetonated explosive weighed 520 pounds and contained around 267 pounds of dynamite.

Captain Glen Westcott told reporters that the crew was immediately suspicious of the large, barrel-shaped object and Westcott notified the U.S. Coast Guard right away. A boat from USCG’s Station Point Judith picked up Westcott and his crew and transported them to a safe area.

The U.S. Navy’s Explosive Ordinance Mobile Unit took control of the situation from there, offloading the device from the Ocean State and setting up a safety perimeter around the area. On Wednesday morning the EODMU team took the device a mile offshore and safely detonated it.

“We heard a popping, suction-y sound,” Westcott told reporters, explaining that the crew could feel the impact of the large detonation from his boat. “It was like somebody racked a big, big hammer against the side of the boat.”

Read Next: Magnet Fishermen Ticketed After Uncovering 86 Rockets, Other Ordnance While Fishing on a Georgia Army Base

Beth Baker, the director of public affairs for the Navy Region Mid-Atlantic, confirmed that the depth charge was a WWII-era MK 6, and explained some of the history behind the device. Baker said that a well-known naval battle took place where the Ocean State was fishing on Oct. 25, and it’s possible that the explosive was one of 195 depth charges that Allied Forces dropped in the area to destroy a German U-Boat.

Originally developed by the British Royal Navy in 1916, depth charges were one of the first weapons designed specifically for anti-submarine warfare during World War I. The devices were usually dropped by aircraft or from ships on the water’s surface, and they would detonate at a specific depth, generating a shockwave that could cripple or destroy an enemy submarine that was close enough to the blast.

The original Mark 1 depth charge was redesigned and replaced by newer models over the years, and the Mark 6 was originally put into service in 1938, a year before the start of WWII. MK 6 devices were used widely during the war and well over 200,000 were produced. They weren’t particularly effective however, as it would usually take several depth charges detonated within close range of a U-Boat to destroy the submarine, and it was difficult to drop them accurately. The weapons were eventually replaced by homing torpedoes.

How to Make a Holiday Meal from Canned Goods

15 Very Best Places In Germany To Visit – Hand Luggage Only