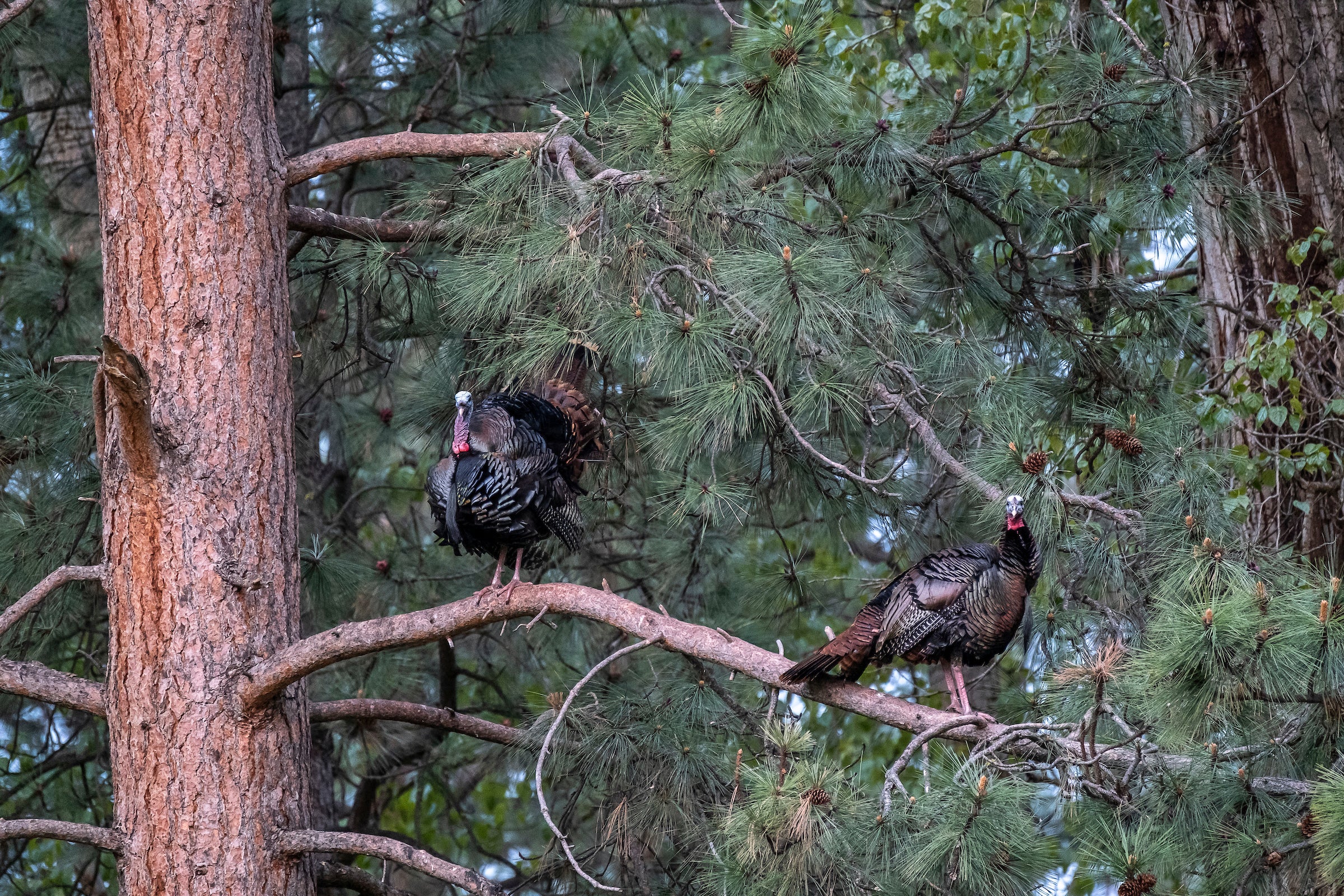 By this time next year, on rural routes across the mountain West, you may see more log trucks carrying salvaged timber to sawmills. You may see the smoke from more prescribed burns curling above the thinned canopy. Under the terms of a stewardship agreement inked today with the National Wild Turkey Federation, the U.S. Forest Service hopes in trade you’ll see fewer evacuations of Western mountain towns and fewer catastrophic wildfires blackening America’s forests and smudging our skies.

The Forest Service announced this morning the broad themes of a 20-year agreement with the NWTF that provides the funds and authority to boost forest resiliency across the country. It’s the largest agreement of its kind. The initial ante is $50 million, mostly funded by the Bipartisan Infrastructure Law and Inflation Reduction Act, two pieces of legislation that President Biden signed into law earlier this year, to address key infrastructure deficiencies around the country.

Deteriorating forest health is one of those national priorities, says the Forest Service’s Chris French, deputy chief of the National Forest System. He calls wildfire risk in the Western U.S. a “wicked problem” that federal agencies need help to solve.

“The job that’s ahead of us, bringing back resiliency to the forests of our country, is immense, and well beyond the capacity of this agency,” French says. “In the NWTF we have found a key partner that has proven that it’s instrumental in leveraging broader capacity with other partners to help us accomplish that work.”

That work will vary from region to landscape, but largely involves cutting timber, removing combustibles in the urban/wildland interface, and using prescribed burning and other habitat treatments to return balance to forests that haven’t been either logged or moderately burned in generations.

The work is designed to prevent the sort of jaw-dropping calamity of fires like the Camp Fire, which destroyed the town of Paradise, Calif., in 2018 and caused an estimated $422 billion in damages and 85 human deaths.

“We’re partnering with the NWTF to accomplish projects from a local level up through a landscape level,” says French. “What these projects have in common is that they are broadly intended to reduce wildland fire risk. We know our forests, especially in the West, are fire-adapted landscapes. We’ve removed fire from them to the degree that they are now burning at levels where they are losing all their functionality, along with the key ancillary benefits of habitat and watershed health, not to mention the human health and community infrastructure threatened by catastrophic wildfire.”

The relationship between the National Wild Turkey Federation and the U.S. Forest Service is not new, says NWTF co-CEO Kurt Dyroff, though this master stewardship agreement is the largest in his organization’s 50-year history. Work with the Forest Service has matured over four decades of cooperating on stewardship projects that have improved habitat for wild turkeys and other wild species, and improved the overall health of both private and public timberlands. This 20-year master stewardship agreement builds on the relationship, says Dyroff, and relies on the NWTF’s enhanced ability to hire habitat stewards and technicians, revive the infrastructure that delivers timber to sawmills, restore streams and aquifers, and remind rural communities that they plan a vital role in fulfilling these stewardship agreements.

Why Is the NWTF Doing Wildfire Mitigation Work?

The agreement with the NWTF gives the U.S. Forest Service the flexibility and tools to affect forest health from Southern California through the Appalachians. The issue of “capacity,” or creating mechanisms large and effective enough to spend a portion of the nearly $800 billion appropriated by Congress this year for conservation, infrastructure, and jobs, has been a sharp concern for many state and federal agencies, suddenly awash in funding that they’ve been seeking for 20 years or more.

“It’s this golden moment when we finally have the money to do the things we’ve wanted for years, but we can’t find enough qualified people to hire, and we can’t get projects approved fast enough to put it on the ground” before the funding’s authorization expires, said a federal agency employee who didn’t have authority to speak on the record.

Through stewardship agreements non-governmental conservation groups like NWTF, or Ducks Unlimited, or the Mule Deer Foundation, help agencies achieve their habitat goals and put federal funds where they’ll achieve the best outcomes by taking on some of the tedious details of habitat work. That includes hiring contractors, paying salaries, and pushing paperwork. The result is that federal money goes nearly entirely to the work for it was intended, and the conservation partner takes a small percentage for administration.

Still, you might well ask why the South Carolina-based organization that that brought back the gobble to much of America’s turkey country is now in the Western wildfire and timber-thinning business.

“I look down one side of my divide to beetle-kill and the other to burn scar,” he says as he takes a call. Spezze calls forest health “one of the most critical natural resource issues of our times.”

But Spezze anticipates questions from turkey hunters about work the NWTF is doing in core wild turkey range.

“There will be times—and we recognize this at the NWTF—when the work that we’re doing may not directly impact wild turkeys at that moment,” says Spezze. “But the work we’re doing in the long run absolutely benefits wild turkeys, along with many other wildlife species and human communities. We’ll continue our mainstream stewardship work across the country while simultaneously working on these wildfire-crisis projects. We simply can’t miss this opportunity we’ve been provided by the Forest Service to come alongside and be part of a solution to a national problem.”

Details of the master stewardship agreements remain hazy, but over the next year you can expect to see contractors trucking timber to operational mills, development of facilities generating power from low-value wood products, and carefully prescribed burns. If early efforts are successful in reducing catastrophic fires and improving habitats, that could be a pattern for the next two decades on our national forests.

“Our highest priority as an agency right now is reducing wildland fire risk and [restoring] broad forest resiliency in the highest-risk firesheds,” says French. “We don’t have the luxury of waiting or addressing this on a piecemeal basis. The master stewardship agreement allows us at the national level to have this overall set of work we want to do, but it allows our regions to design specific agreements to do the work on the ground, with the help of the NWTF and other partners.”

14 Very Best Places in Tuscany To Visit – Hand Luggage Only

14 Very Best Places in Tuscany To Visit – Hand Luggage Only