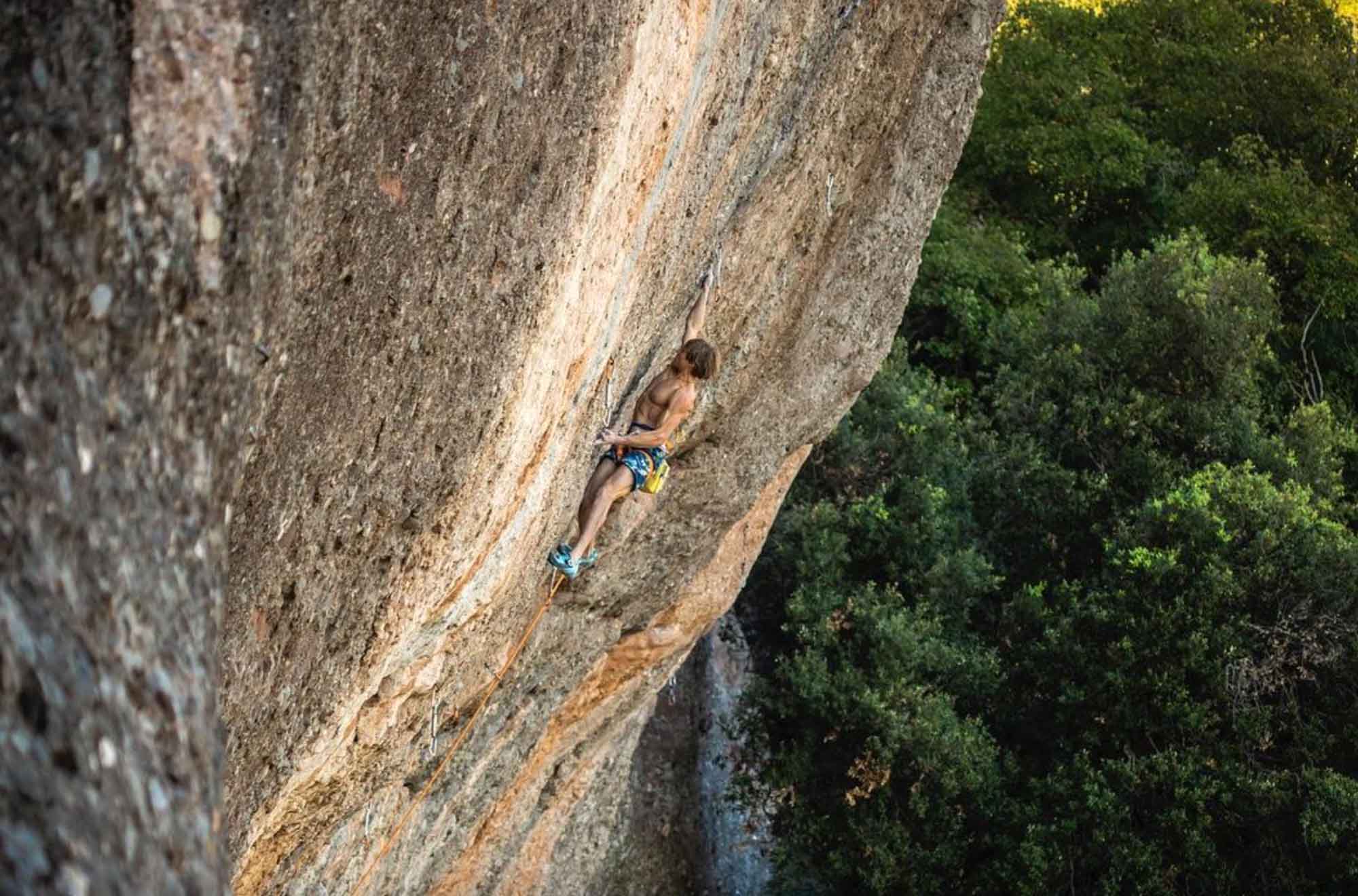 Alexander Megos’ fingers may be wrecked, but his ego is well padded today following a fiendishly successful trip to Margalef, Spain.

If you happen to see some partial version of the post first — the list clipped off somehow by formatting — you might think, “ok, he had a pretty sweet trip.”

Then when you open it, you will think something else entirely.

Alexander Megos went off in Margalef this season — and I mean off.

I cannot remember when I have seen such a destructive three-week rampage of rock climbing. And I do not expect to see another one like it for quite some time.

If you’re thinking, “What?” then jinx, you owe me a Coke. When was the last time you saw somebody go on a 3-week trip and rack up such a long list they didn’t bother keeping track of anything easier than mid-5.14?

Even without those gimmes (your 5.14a’s and so on), Megos averaged a 5.14 route or harder every one and a half days he was out.

And that’s not counting rest days.

Pardon my French, but what the huck.

Alex Megos joins the climbing elite with the first ascent of Perfecto Mundo, a supposed 5.15c. For five years, nobody had managed to break into that level, until now. Read more…

What It Means to Be a Ski Racer: Hear From 3 Pro Alpine Ski Athletes

Useful apps for travel in Iceland

Useful apps for travel in Iceland