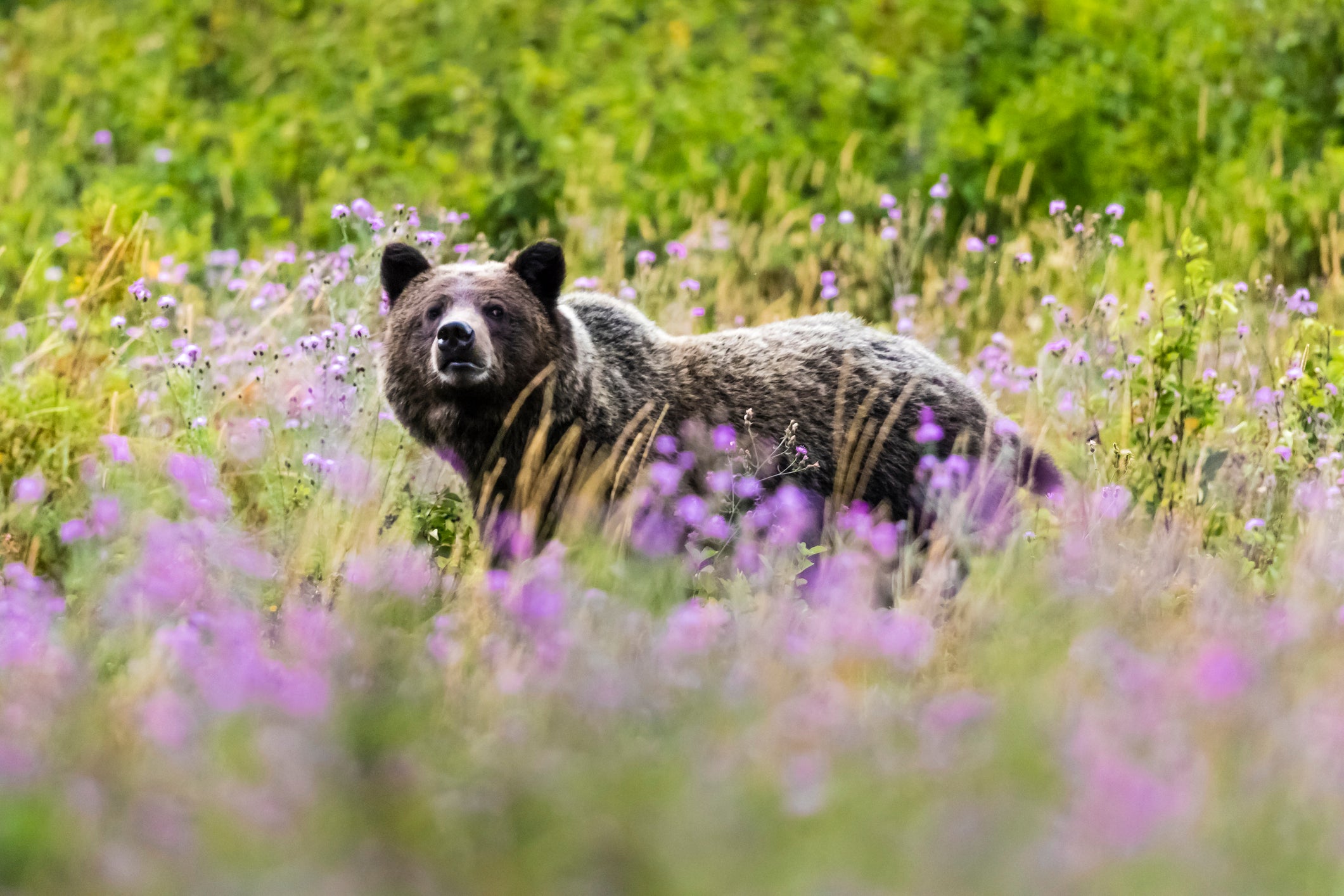 I’m a notorious cheapskate. I run my pickup tires so bald that I dread early season snowstorms. I eat leftovers at my desk rather than meet buddies for a burger, not because I’m anti-social, but because that Tupperware container full of elk stew represents a free meal.

I apply much the same philosophy to public policy. I am a fiscal conservative, and want us to run our public treasuries the way I do my own bank account, with an appreciation of the value of every hard-won dollar. While I fully support smart investments, I’m not a big fan of government payouts in the name of Covid relief or settling historic inequities.

So it may surprise you to learn that I’m a big fan of a bill that’s knocking around Congress that would deliver some $1.3 billion annually to states and tribes to proactively conserve all the species that aren’t being actively managed through traditional fish-and-game agency funding. That traditional funding, of course, is the hunting and fishing licenses that we buy. The reason I support this bill, called the Recovering America’s Wildlife Act (or RAWA) is because it’s good fiscal policy, funding active management of species that will cost way more to manage if they ever end up on the threatened or endangered species list. In other words, it’s a smart and timely investment.

RAWA was passed by the House of Representatives back in June, one of the rare legislative successes in a session that’s been characterized by impasse, with neither party wanting to give the other policy wins prior November’s mid-term election. The bill is now stuck in the Senate, where key senators are reportedly holding it hostage as a chit to leverage other legislation.

I was in Washington, D.C., last week, talking with the Congressional Sportsmen Foundation, and the number of conversations that started with the phrase “We have to pass RAWA…” became monotonous. So I started asking the question we should all ask of the “must-pass” legislation that we routinely get hounded by the various organizations in our orbit to support.

What follows is a synthesis of those answers, considered through the lens of my own cheapskate view of the world:

It’s an old idea. The origins of RAWA reach back more than 40 years. For about that long, America’s conservation community has recognized that the user-pays model of wildlife management in America has worked marvelously to recover game species—wild turkeys, whitetail deer, redear sunfish—but hasn’t done much to help species that we don’t fish or hunt. Those non-game species, including monarch butterflies and Clark’s nutcrackers and all sorts of salamanders, don’t have a human constituency or a ready funding source for management. That means there’s no support structure that can monitor populations, conserve critical habitat, and ensure that these neglected species don’t disappear in plain sight.

It takes a lot of money to manage these non-game species, money that states would rather plow into higher-profile species and missions. But when these species decline, and the feds take over their management, the costs to states, private landowners, and local economies can soar. Consider the cost to the Pacific Northwest’s timber economy when spotted owls were listed as endangered. Imagine how several million dollars spent keeping them off the list could have benefited everyone, including the owls themselves.

The origin of the idea of a safety net for these non-game species dates back to 1988, when it was called the American Heritage Trust Fund. That proposal would have put $1 billion into an account to fund non-game species and habitats. A revised version, introduced in 2000, CARA (Conservation and Reinvestment Act) would have provided $3.1 billion annually to non-game species management. Later, CARA “Lite” would funnel federal moneys to states through a system of wildlife grants. All those earlier efforts were thwarted, but the need intensifies every year.

It’s a solid investment. We’ve been awarding funds from the national treasury at such a scale that “millions” no longer causes a blush, and it takes “billions” to get anyone’s attention. Someone will pay for all this largesse, and it’s our children’s children, a population that conveniently doesn’t have lobbyists. But RAWA isn’t a reckless give-away. By sending money to state agencies responsible for wildlife management, we are ensuring that the populations of at-risk species stay on the sunny side and don’t tip into endangered status. The cost of listing a single species has been pegged at $305,000. That’s just the administrative costs for legal filing and paperwork, not all the field work and population assessment that results in a federal listing. RAWA aims to keep some 12,000 species away from federal protection.

In my home state of Montana, I have a ready example of the cost/benefit of keeping a species off the endangered list. Grizzly bears, which have been federally protected in Montana and neighboring states since 1975, cost each state some $2.5 million annually. That’s in addition to the $5 million spent by federal agencies to manage bears and educate the public about ways to co-exist with grizzlies. What if Montana, Idaho, and Wyoming had each spent $20 million on habitat and management measures to ensure that bears were never listed as federally endangered species? As state-managed species, grizzlies might have been tolerated in greater numbers, more habitat would have been set aside for them, and funds would have been generated from hunting licenses that might have targeted the problem bears that currently cost agencies millions to monitor and ultimately remove.

It allows state agencies to focus on their core mission. I’m an alum of Montana Fish, Wildlife & Parks Department, and I know from my own experience how many constituencies state agencies have to respond to. Hunters, birders, livestock producers, animal-rights groups, insurance lobbies, land-trust organizations, politicians, professional guides, tournament anglers… That’s in addition to the core work of monitoring populations of wildlife, recommending hunting seasons, and then managing hunters and anglers through season structures and regulations. Left out of that work are all the other species that are affected by land uses, human communities, climate change, and even management of those game species.

What RAWA intends to do is provide funds to state agencies—with a 25 percent match of their own—to manage 12,000 native species that aren’t on the radar yet, because their populations are still healthy. But the minute their population tips toward oblivion, guess who will pay for life-support? That’s right, you and me, either through federal oversight or by paying state agencies to oversee their decline. There has to be a better way, and right now, RAWA is the best option we have.

RAWA frees agencies. I have a very specific dream of how RAWA can help my own Montana FWP. Though we’ve seen a recent rise (thanks, Covid) in hunting and angling participation, the trend lines are negative. Besides offering entry-level Hunter Education (and some states also offer angling education), states haven’t been very involved in recruiting a new generation of their constituents. But RAWA can free agencies from the status-quo, delivering the same basic Hunter Education course they’ve been teaching for the past 30 years. What if states offered real-world hunting education, complete with regional-specific field courses, hands-on practicums like field-dressing and distance estimation, and a curriculum that better prepared hunters for the field? That’s expensive and time-consuming to deliver, but it’s possible. By taking pressure off of limited financial resources, agencies could invest in just that sort of forward-looking curriculum.

There are a thousand other benefits of RAWA to state agencies, from hiring more game wardens to better lake and reservoir management to more effective CWD monitoring to more rifle ranges in more communities. But it starts with advocating for this new funding stream.

What You Can Do About It

You can play a role in passing RAWA by encouraging your senator to ask Senate leadership to hold a vote on RAWA before they leave for an October recess. Time is running out. This should be dispensed with well in advance of November’s election and January’s new Congress. Every sportsman and woman in every state can do their part by contacting your senator.

There are problems with the bill, including one near and dear to my cheapskate heart: how do we pay for it? There are some interesting funding ideas being floated around, from regulating crypto-currency to better accounting for the hidden costs of endangered-species management. But those details can be figured out as the legislation moves forward. The trick now is to get it moving, before the November election gums up the process even further.

10 Top Healthiest Countries For Digital Nomads And Why U.S. Isn’t On The List

Scuba diving, cliff jumping, and relaxing at the beach: enjoy a 4-day weekend in Curaçao!

10 Top Healthiest Countries For Digital Nomads And Why U.S. Isn’t On The List