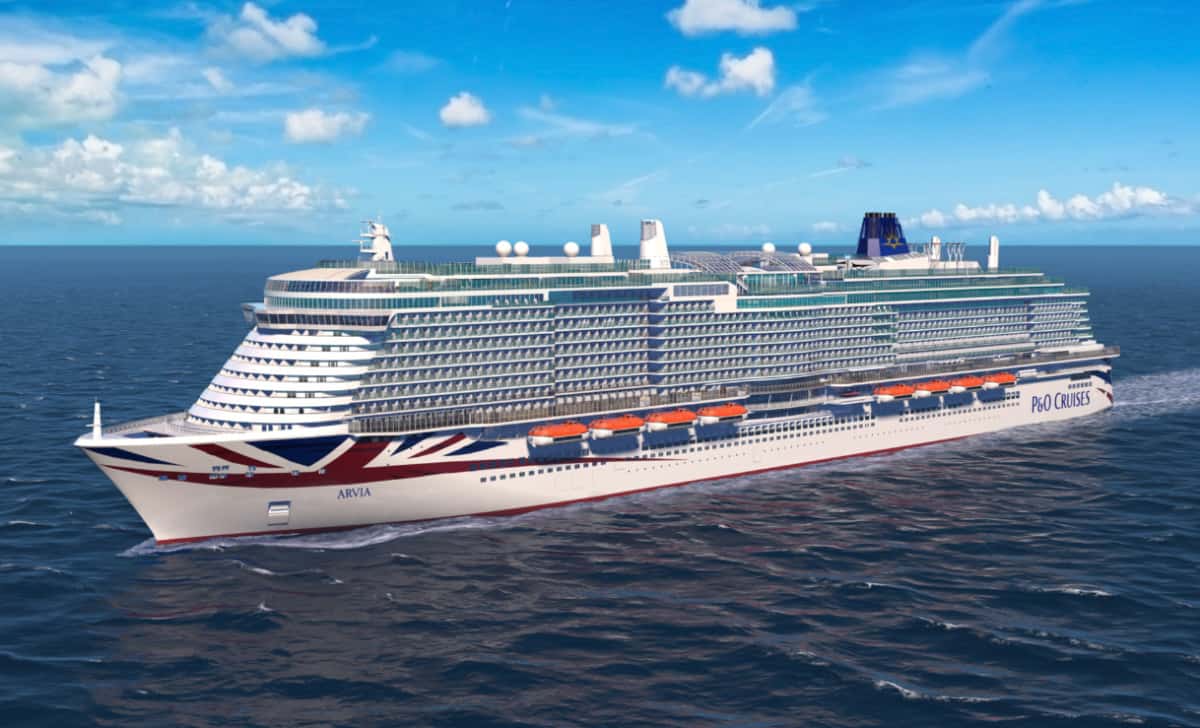 A range of entertainment firsts will be added to P&O Cruises’ newest LNG-powered ship, Arvia, such as a new and exclusive interactive game show, WaveLength, that will virtually star host Ben Shephard.

The Carnival-owned cruise line will also partner with film producer, Aardman to offer a wide range of children-geared Wallace & Gromit and Shaun the Sheep-themed activities onboard and additionally host its first-ever high-ropes experience at sea, Altitude Skywalk.

This new gameshow option will be an exclusive offering for the cruise line and available for guests at Headliners Theatre on decks six and seven of the new ship.

Television game-show host, Ben Shephard stated, “Having hosted many game shows on TV, I’m excited to have partnered with P&O Cruises in evolving this prime time style TV game show into a live, interactive theatre experience. Developed with Triple Brew, who have created shows like The Million Pound Cube and Lingo, WaveLength is designed to be both entertaining and challenging.”

“I can’t wait for guests to enjoy playing along with myself and my on-board co-host, competing to see if they truly are on the same ‘WaveLength’, and trying to outsmart me in Beat Ben,” he added.

The ship will also host a stage musical, Greatest Days – The Official Take That Musical that will debut on the new ship as an adaptation of the West End musical The Band, featuring the songs of Take That.

The story by Olivier Award-winning writer Tim Firth, Greatest Days, will be brought to life on stage by the talented cast of Arvia’s Headliners Theatre Company.

Another Arvia-exclusive, Mission Control, will combine an escape game with 3D multimedia simulation and a live-action story to create a thrilling underwater challenge where guests can overcome danger and solve puzzles.

In partnership with Aardman, children onboard will be able to participate in a wide range of Wallace & Gromit and Shaun the Sheep-themed activities, such as a dance class or craft workshop.

Wallace & Gromit and Shaun the Sheep-themed crafts will include opportunities to make Gromit ears or enjoy film premieres and even Wallace & Gromit’s brand-new show, All Hands on Deck!

Britain’s popular cruise line, P&O Cruises will have its newest addition, Arvia, enter its fleet in December 2022 as its second LNG-powered ship.

This Excel-class ship will offer a Caribbean maiden season of fly-cruise holidays from the homeport of Barbados, as a sister ship to the largest cruise ship built to sail for any U.K based cruise line, 185,000 gross ton Iona.

With a guest capacity of up to 5,200 passengers, the 16-deck Arvia will have a SkyDome with a retractable glass roof and will feature the first Altitude Skywalk high ropes experience, tropical-themed Altitude Minigolf, Altitude Splash Valley aqua zone, and a swim-up bar.

She is currently under construction at the Meyer Werft shipyard in Papenburg, Germany, and on December 9, 2022, will depart on her maiden 14-night Canary Island cruise, visiting ports of call in Madeira, Tenerife, Gran Canaria, Lanzarote, Cadiz, and Lisbon.

Arvia will offer several unique itineraries, including a cruise departing February 4, 2023 from Barbados with ports of call in the Virgin Islands, Dominican Republic, Saint Maarten, and Antigua.

Additionally, she will depart on a 14-night Mediterranean cruise on April 2, 2023, visiting Southampton ports of call, including La Coruna, Mallorca, La Spezia, Marseilles, Barcelona, and Cadiz.