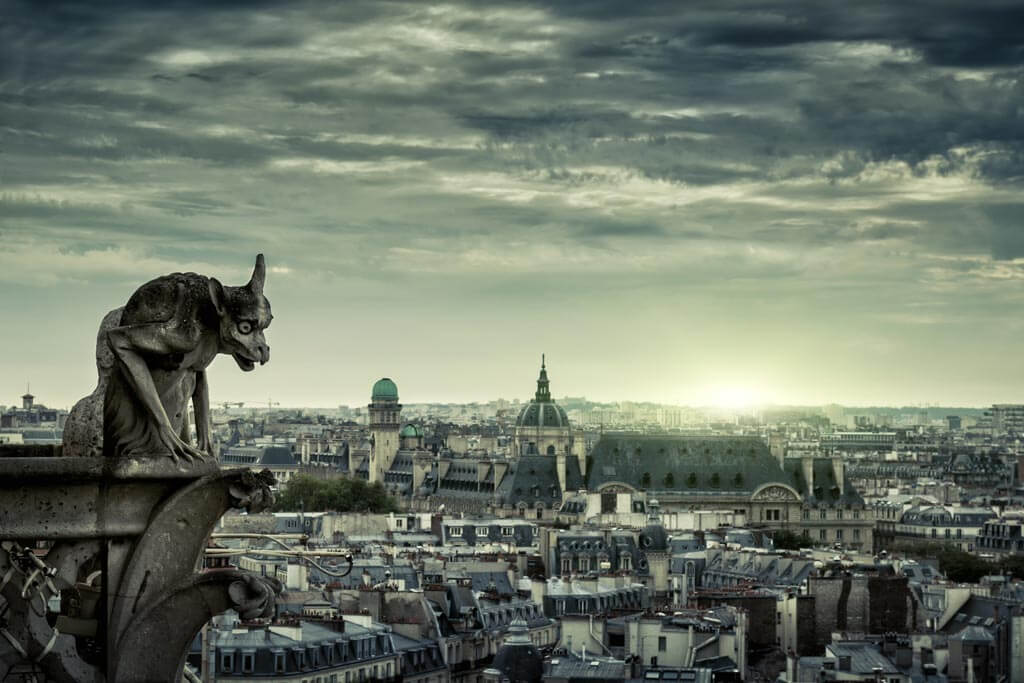 Halloween is not a big deal in France. This festivity has ancient Celtic origins, and it is celebrated worldwide. However, French people prefer to celebrate La Toussaint, or All Saints Day, on 1 November, during which those who are dead are remembered and honored.

Halloween is regarded as a commercialized American festivity in France, but if you are in France on 31 October and looking for ways to celebrate the holiday, there are themed events and activities you can enjoy, especially in Paris.

On Halloween, Paris’s shop windows won’t be covered in glittery orange and black decorations, and you won’t see carved pumpkins on every corner. But there are always spooky attractions and activities to celebrate Halloween in Paris, feel the city’s dark side and have a great deal of spooky fun!

What to Do During Halloween in Paris

There is no better place to indulge in your Halloween celebrations than at Disneyland Paris. From the beginning of October until the first week of November, the worldwide famous Disney park changes its look and becomes the perfect place to enjoy the spooky season! – Click here to buy your tickets to Disneyland Paris

The protagonists of Halloween in Disneyland Paris are the most popular Disney villains, such as Cruella and Maleficent. The park will also have plenty of spooky attractions such as the Phantom Manor and fantastic Halloween-themed shows suitable for children.

For the biggest thrills of the season, make sure to visit Disneyland Paris for the Disney Halloween Evenings on the nights of 29 October and 31 October: expect an exclusive parade and wickedly festive entertainment until 2 am – Click here to buy your tickets to the Disneyland Halloween Party

TIP: spend one night in one of the Disneyland hotels and enjoy the Halloween Party until the end!

Le Manoir de Paris is quite a special house: it’s Paris’s biggest “haunted house”! The venue used to be a former ceramics factory located in the 10th arrondissement and transformed into an interactive haunted mansion. The place is “haunted” by costumed actors portraying Paris’s most macabre stories, such as the Phantom of the Opera, the Assassins’ Cabaret, and the Hunchback of Notre Dame.

Everything is designed to scare the visitors as much as possible but always without excesses: Le Manoir de Paris is fun for the whole family – but not for the faint-hearted ones!

This year, Le Manoir’s Halloween Festival (22 October to 31 October 2022) takes place at the Halle de la Villette at Parc de la Villette in the 19th arrondissement, the biggest venue yet!

Astérix and Obélix are two of France’s most beloved comic characters from the 1959 comic book series “Astérix,” created by writer René Goscinny and illustrator Albert Uderzo. The funny Gaulish character and his best friend Obélix have their own theme park in Paris, Parc Astérix, which makes an easy day trip from Paris – Click here to buy your tickets

For Halloween, Parc Astérix changes its face to wear a spooky mask: phantoms and monsters will haunt the adventure of Astérix and Obélix and the ones of the park’s visitors. From 1 October to 6 November 2022, you will find many attractions, street shows, and haunted houses at Parc Astérix that will make the whole family shiver!

Visit Parc Astérix with your family or friends and be ready to meet the Grim Reaper; and if you think you don’t get scared too easily, try the park’s fourth haunted house, Les Catacombes, or La Maison de la Peur (“The House of Fear”).

And if you have little ones, don’t miss the monster parade at the end of the day!

What’s better than a walking tour in a cemetery for Halloween? Only a visit to one of Paris’ quirkier landmarks, the Père Lachaise Cemetery.

Père Lachaise Cemetery, with its winding cobblestone lanes and beautiful graves and memorials, is the most visited cemetery in the world, with over 3.5 million visitors yearly. Perfect in every season, visiting Père Lachaise Cemetery during the spooky season is just magical.

Take a walking tour with an expert guide to discover all the secrets of the famous artists and historical figures buried here. Or visit the cemetery yourself to experience a mysterious side of Paris, hidden from the passing of time. Quaint cobbled paths and elaborate tombs evoke the memory of Jim Morrison, Oscar Wilde, and Maria Callas, among the other famous cemetery residents.

One thing that fits into the idea of Halloween is a visit to the Catacombs and the city of Paris is particularly famous for theirs.

Since the late 18th century, under the city of Paris, rest the bones of millions of its inhabitants. The Catacombs became a vast cemetery in 1785 when authorities decided to transfer the dead’s remains from Paris’s cemeteries to this underground site for public health reasons.

Halloween is all about the evil creatures of the night. In Paris, there is a special place perfect for the spooky season: the Vampire Museum.

Le Musée des Vampires is a cabinet of curiosities where you will find all sorts of stuff related to vampires, from rare vampirology books to vampire movie posters to the autograph of Bram Stoker, author of the novel “Dracula.”

This unique museum used to be managed entirely by its owner, Jacques Sirgent, a great fan and expert of vampires who organized events and special tours on Halloween. The Vampire Museum underwent renovation works for years and will open its doors again at the end of September in a still-secret location in the east of Paris (Paris 12).

To uncover all the secrets and mysteries of Paris’s dark side, you should join one of the Paris ghost tours. Strolling the twisting streets of Paris in search of specters and spooks is a fantastic way to spend the night of Halloween!

Gain insight into the tragic loves that ended on the Seine, the legend of the Phantom of the Opera, and the mysteries of Notre Dame to have an unforgettable Halloween in Paris!

Here’s the list of Paris ghost tours available this year:

TIP: These ghost tours are one of the favorite Paris Halloween activities, so they tend to sell out fast. If so, nothing is lost! Hear about the mysteries and legends of Paris on this tour from the Louvre to Notre Dame Cathedral with a professional guide in your pocket. Discover emblematic sites such as the Louvre, the Pont-Neuf, and the Conciergerie with a macabre twist.

And there you have it, all the Paris Halloween activities for a spooky day in Paris. Which one tempts you most for your next Halloween in Paris?

An Adventure Addict’s 7 Essentials In 2022

The Netherlands Drops Covid Entry Restrictions For Travelers From All Countries