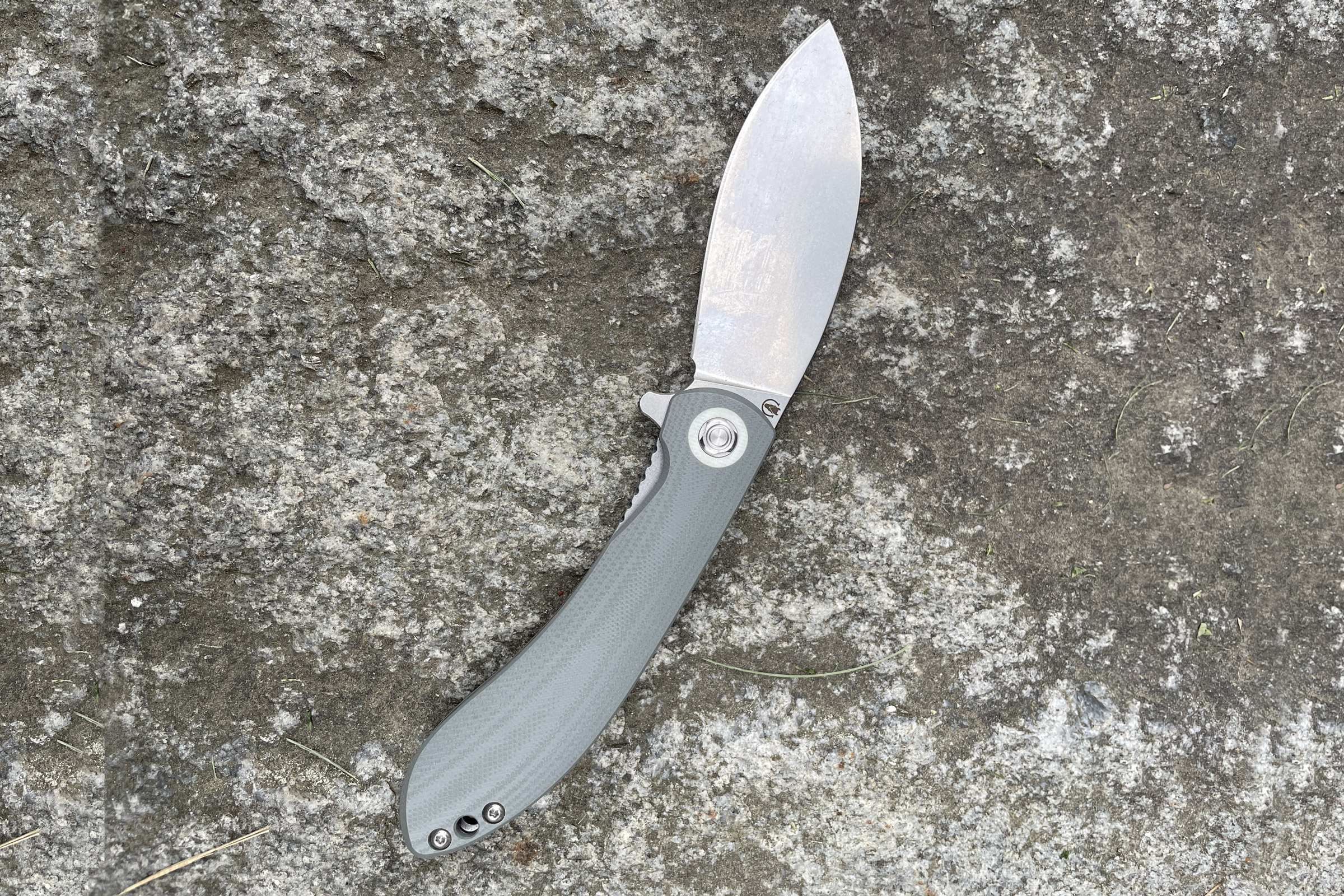 One of the coolest things about knives is that because they are so old and so universal, there are regional variations in every part of the world. The Laguiole from Thiers, France, is a great example, especially when equipped with the often-used corkscrew.

Another regional variation on the knife is the Shinlin Cutter, a classic Chinese folder still made to this day. But the form has been interpreted by a bunch of people, including the great Bob Lum. Vosteed Cutlery’s Nightshade is a modern rendition of the form and it is surprising.

The virtue of the Shinlin Cutter, like with a kukri, is the wide, leaf-shaped blade. The Nightshade retains that excellent blade and adds a bunch of modern features.

First, this knife is a flipper, unlike its ancestor. The flipper runs on bearings. This knife has a liner lock, a deep carry, an over-the-top pocket clip, and G10 handles. The review sample is the entry-level Nightshade and has 154CM, while the high-end version runs M390.

The two primary advantages of the knife carry over from traditional forms. Because the blade is so wide, the cutting edge is incredibly thin. This makes the knife exceptionally slicey.

The Nightshade came with me on vacation and it did great things during lunch prep, especially on hard salami, cheese, and apples. This blade cut, as opposed to split, an apple.

Additionally, the negative angle on the edge (the pronounced swell in the blade makes the cutting edge drop down, moving from the pivot toward the tip instead of going straight or curving up) makes the Nightshade a remarkable rope- and cardboard-cutter.

The shape forces fibrous material to bunch making the Nightshade a surprisingly aggressive cutter, in addition to being a good slicer. Lastly, the flipping action is quite good with a crisp detent and kinetic action.

Only the looks of the Nightshade give me pause. This is a weird-looking knife. It is also not people-friendly, as it appears much more aggressive than it actually is.

Aside from the looks, which grow on you, there was nothing else that was a notable negative.

If you want a modern take on a classic Chinese folder, the Nightshade is a very good knife. It has unconventional looks, but it is a superstar cutter and the price is right. Highly recommended.