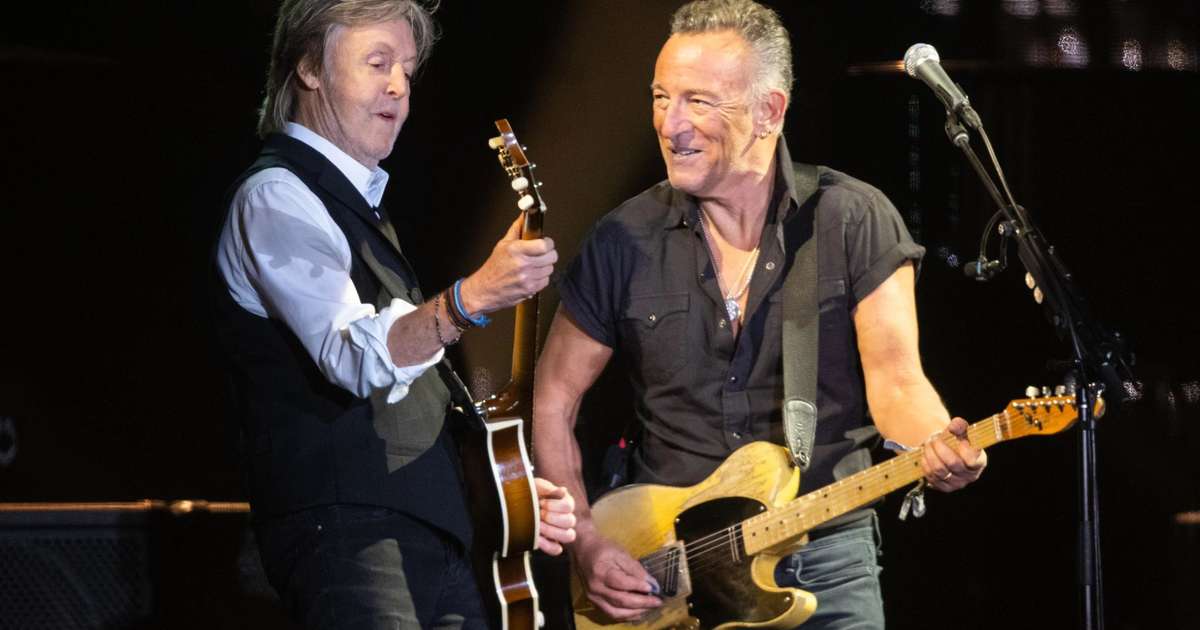 When big-name musicians come to town, hotels usually experience a significant uplift in demand, and subsequently, command strong room rates. With the 2022 summer months drawing to a close in the northern hemisphere, European markets have been a prime example.

In this analysis from CoStar hospitality analytics firm STR, both forward-looking and historical data show that live music is good for the hotel industry — especially when icons such as Bruce Springsteen, Ed Sheeran, Elton John and Westlife come to town.Early Birds Get in Quick for Springsteen

After his U.S. tour commences at the start of 2023, rock legend Bruce Springsteen will perform in the United Kingdom for the first time since 2016. Many of his devoted fans are already starting to book their accommodation for the night of his performances, beginning in Edinburgh on May 30, 2023. Already for that night, data from STR’s Forward STAR report shows occupancy on the books sitting at 39%, with pickup — the uptake in bookings from one period to the next — jumping to 31%. With roughly 10 months until that performance, expect occupancy on the books to reach significant levels by the time “The Boss” takes the stage in the Scottish capital.

Hoteliers in Birmingham, England, will be looking for another “mega draw” following a successful 2022 Commonwealth Games. They should receive that boost in business in the form of this iconic U.S. rock star. Following his performance in Edinburgh, Springsteen hits the stage in Birmingham on June 16, 2023, and occupancy on the books is already peaking at 48%. Again, with the show almost a year away, that percentage is going to grow much higher.

When the world’s largest arts festival comes to Edinburgh every August, hotel occupancy throughout the city will often surge. In 2019, demand levels for the entire month did not drop below 80%. This year, however, occupancy on the books is indicating less impressive performance. What should be noted though is that the most consistently high period of demand runs from Aug. 8-14. This also happens to be when big name acts such as Tom Jones and Simply Red will play in the shadow of Edinburgh Castle.

English singer/songwriter Ed Sheeran is no stranger to pulling in big crowds, with May shows in Belfast helping to push hotel occupancy in the Northern Ireland capital to as high as 87%.

As Sheeran continues his tour throughout Europe, a number of destinations are benefiting from his arrival.

Hotels in the Austrian capital of Vienna are already seeing an uptick in occupancy on the books with the night of Sheeran’s second performance on Sept. 2, causing levels to rise to 55%. However, a destination indicating even more traction for the pop star’s arrival is Zurich. Hotel occupancy in the Swiss capital has surged on Sept. 17 to as high as 63%, and as the date draws closer, that figure is expected to rise.

As well as higher occupancy levels, hotel average daily rates are expected to rise in destinations where the tour will stop. This was certainly the case for Brussels, where hotel rates rose to 130 euros ($132.78) on the night of Sheeran’s July 22 performance, compared to 86 euros on the same day last year. Occupancy was also strong, actualizing at 86%, which was a slight increase from the 79% shown in Forward STAR data as of July 18.

Iconic British pop star Elton John is currently in the midst of his final tour, an event of extreme significance for his fans across the globe. The chart-topping performer spent the first part of his tour taking mainland Europe by storm. However, the impact on hotels can be observed more intensely upon his return to home soil in the U.K. Three destinations in particular reaped the benefits of Elton’s return: Bristol, Liverpool and Swansea.

Hotel occupancy across all three cities actualized at above 90%, with Swansea hotels leading the way at 96% occupancy on the night of his performance. Liverpool hotels came closely behind, actualizing at 95% occupancy on June 17, which was to be expected after Forward STAR data (as of June 13) indicated 94% occupancy on the books for the date in question. When it came to ADR, Liverpool hotels dominated at 142 euros, considerably outperforming the same day last year when ADR hit 54 euros.

The iconic Irish pop group Westlife is on tour again. The group started its tour in Kent on July 1, which not only led to higher hotel rates but also more heads in beds. Occupancy peaked at 93% on July 2 with ADR for the same date at 28 euros greater than the year before. As the tour continues, excitement continues to grow for concertgoers and hoteliers alike. When Westlife returns to their homeland to play in Cork, Forward STAR data shows occupancy on the books at 98% for the first performance on Aug. 12.

In conclusion, large-scale music events are a great source of high demand for the hotel sector. The alignment of forward-looking data and actualized levels is also strong around these events. Fortunately, as we move away from the summer period, indoor venues can still accommodate these acts and keep the demand flowing throughout the year.

The Customer Experience Journey and Digital Transformation: A New Opportunity for Hotels

RVE 193: Bootstrapping Your Way to Success