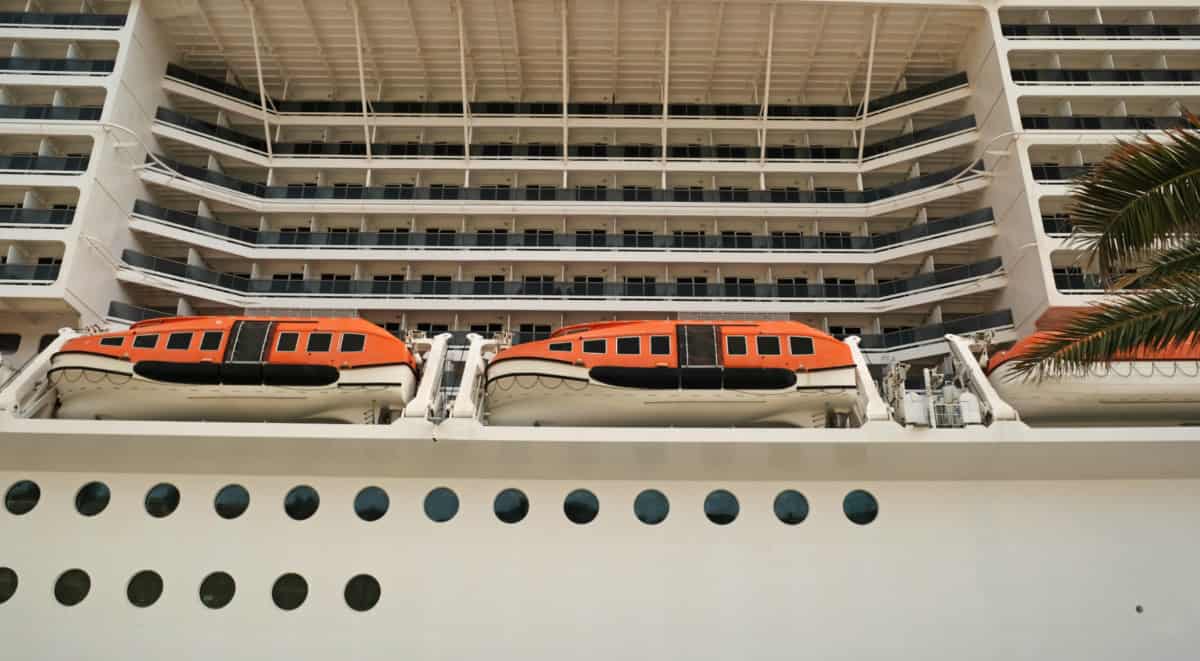 Cruise ships are so massive that it is natural to be curious as to what the lowest deck on a ship is like and whether there are any advantages to traveling on the lowermost deck.

Surprisingly, there are some benefits to skipping the main deck or the upper deck and an interesting history behind the name.

The Lowest Deck (AKA the Orlop)

The lowest deck on a ship is known as the orlop. This is the area where cables tend to be stowed, and it’s usually located below the water line. It is suggested that the name “orlop” originates from the over-looping of cables.

It may also reference a corruption of the word overlap, which references an overlapping balcony half deck that consumed part of the lowest deck space.

How Are Decks Numbered?

Cruise ships tend to be numbered going from the bottom up. It begins with Deck 1 and can go up as high as Deck 20-plus. On most ships, the lowest deck isn’t accessible to guests. Passengers tend to board a cruise ship on Deck 4 or 5.

Some vessels have deck names in addition to numbers. An example is the MSC Grandiosa, where decks contain the names of famous artists like Van Gogh and Monet. On Costa Deliziosa, they’re named after ornamental flowers.

What Is the Lowest Deck for Passengers?

Below guest cabins, the crew cabins, engine rooms, laundry, medical center, and jail can exist. Some ships choose to label these as Decks 1 and 2. On cruise ships containing passenger cabins on Deck 1, the lower levels may be labeled Decks A, B, and C.

Are There Benefits to Staying on a Lower Deck?

For some passengers, having a cabin on the lowest passenger deck is the best way to prevent seasickness. The top of a cruise ship will sway side-to-side more than the bottom decks. To avoid the effects of motion sickness, select a cabin close to the waterline.

If motion sickness is of great concern, book a cabin that contains a balcony. Guests who can sit on their balcony and view the sea may feel less nauseous than when resting on a bed in a windowless cabin. With a windowless cabin, passengers are more likely to feel each motion than when they are outdoors.

If a balcony stateroom isn’t in your budget, book a room that contains a window. These are located on the lowest decks. They will enable you to view the horizon and enable your brain to cope with motion. This will help with the queasiness through rough seas.

Additionally, if you have difficulties with mobility, accessible cabins are usually on lower decks since they are closer to disembarkation and embarkation.

They are also closer to theaters, lobbies, and main dining rooms, making them more accessible. They can be roomier in the halls, which makes moving around easier for those in wheelchairs.

Are There Any Downsides to the Lowest Deck?

If you are a passenger, cabins in this area are the cheapest. It can be quite noisy residing in the lowest part of a ship. You may hear the humming of the engine, clanging of anchor chains, and blast of bow thrusters.

Depending on the cruise ship, some people report they feel vibrations that are severe enough to make hangers rattle. However, not all low decks are noisy. Yet, at certain times, during bad weather and when a ship is going in and out of ports, guests can hear more noise on lower decks than on higher ones.

When asking the question “what is on the lowest deck of a ship?” you may have to clarify whether you want to know the absolute lowest deck on a ship or the lowest passenger deck. There may be differences in the answer depending on how the person is interpreting your question.

Read Also: How Big is a Cruise Ship?

Some people will interpret the question to be the absolute lowest level on a ship. That would be the orlop, which holds the cables found below the waterline. This is what this area is referenced as unless you are discussing ships that are very old.