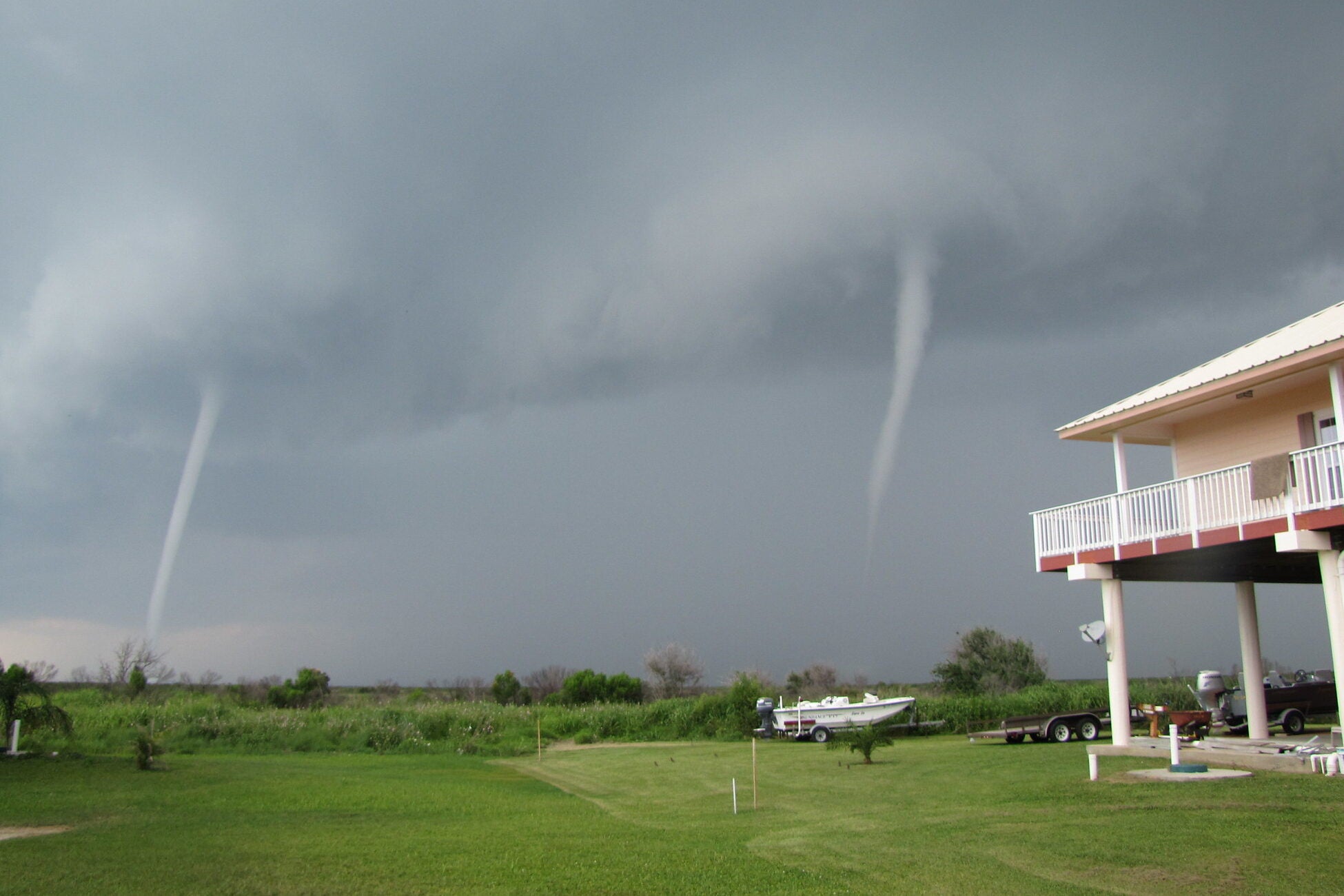 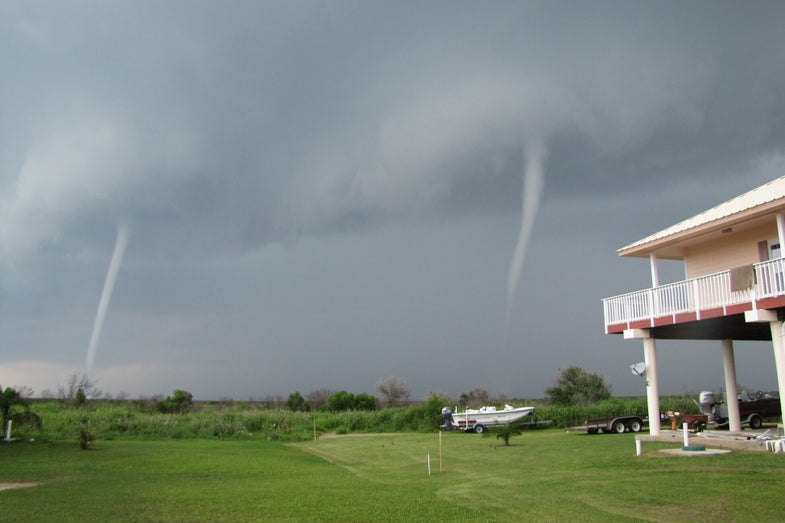 Tornadic waterspouts can develop during thunderstorm conditions any time of year, and can cause damage if they make landfall. Tim Osborn / NOAA

A series of severe storm systems moving through the mid-Atlantic created a few terrifying weather events in Maryland this past week. In two videos captured by residents, a large waterspout-turned-tornado hit Smith Island, a community of roughly 260 people—many of them fishermen and boaters—tearing apart several houses and injuring one person.

The waterspout came onshore on Smith Island in Somerset County, Maryland, and caused significant damage, according to a tweet from Maryland Governor Larry Hogan. The storms also caused power outages for nearly 50,000 people across the state.

In the first video posted by Daniel Somers, the waterspout forms in the Chesapeake Bay, whirling around just off the coast of Smith Island. As the spout moves toward land, the video shows the whirling mass moving onshore and tearing through a house a few miles away.

In a second, more frightening video, Katherine Taylor-Donaway documented the waterspout forming out in the channel and recorded it as it approaches her house. As the video continues, the spout turns and makes a direct line toward the recorder, as onlookers scatter for safety.

“Look how big that is,” says Taylor-Donaway. “That is a huge waterspout.”

The spout slowly moves across the channel, traveling across several islands in the process. As it moves toward the recorder, the video shows the immense size of the funnel as scattered lightning strikes in the distance.

“It’s just come across the island,” says Taylor-Donaway. “It’s getting ready to hit the channel.”

The waterspout continues getting louder and louder in the video. When the massive swirling mass of water finally comes on land, the onlookers realize that it isn’t stopping and seek cover. Before the video cuts out, the video shows the spout tearing through the house next door.  Taylor-Donaway confirmed in the comments of her video that everyone in her party was okay.

The only injury was an 88-year-old woman in one of the houses hit by the waterspout turned tornado when it reached land. The woman suffered minor injuries, and emergency services safely transferred her to a local hospital, according to The Washington Post.

Weather officials will investigate the waterspout over the coming days, hoping to determine the cause of the destructive phenomenon.

On Thursday, severe storms also barreled through Washington D.C. During the storms, intense lightning struck outside the White House, killing three and injuring another. On Friday, the same storm systems continued to move through the region, with severe thunderstorms and flash flood warnings issued in Baltimore and other parts of Maryland.

How to Survive a Waterspout

Fair weather waterspouts are “usually a less dangerous phenomena” and common over South Florida’s coastal waters in warmer months. These types of waterspouts will frequently form in calmer conditions and light wind conditions, often at the base of large cumulous clouds. As a result, they don’t move much.

NOAA warns that some waterspouts can be just as dangerous as tornadoes, and the National Weather Service typically issues a tornado warning they move ashore. The best way to avoid a waterspout, advises NOAA, is to move “at a 90-degree angle to its apparent movement.”

To minimize the chance of getting close to a waterspout, NOAA recommends listening for marine warnings broadcast by NOAA Weather Radio and to keep an eye on cumulous clouds in the summer while on the water. Thunderstorms over the ocean can create tornadic waterspouts year-round. Finally, never try to navigate through a waterspout. Although spouts are typically weaker than tornados, they can still cause serious injury and damage to boats.

8 ways to get the best cruise deals

How to Create Abstract Landscape Photos With Ease • PhotoTraces

8 ways to get the best cruise deals

How to Create Abstract Landscape Photos With Ease • PhotoTraces