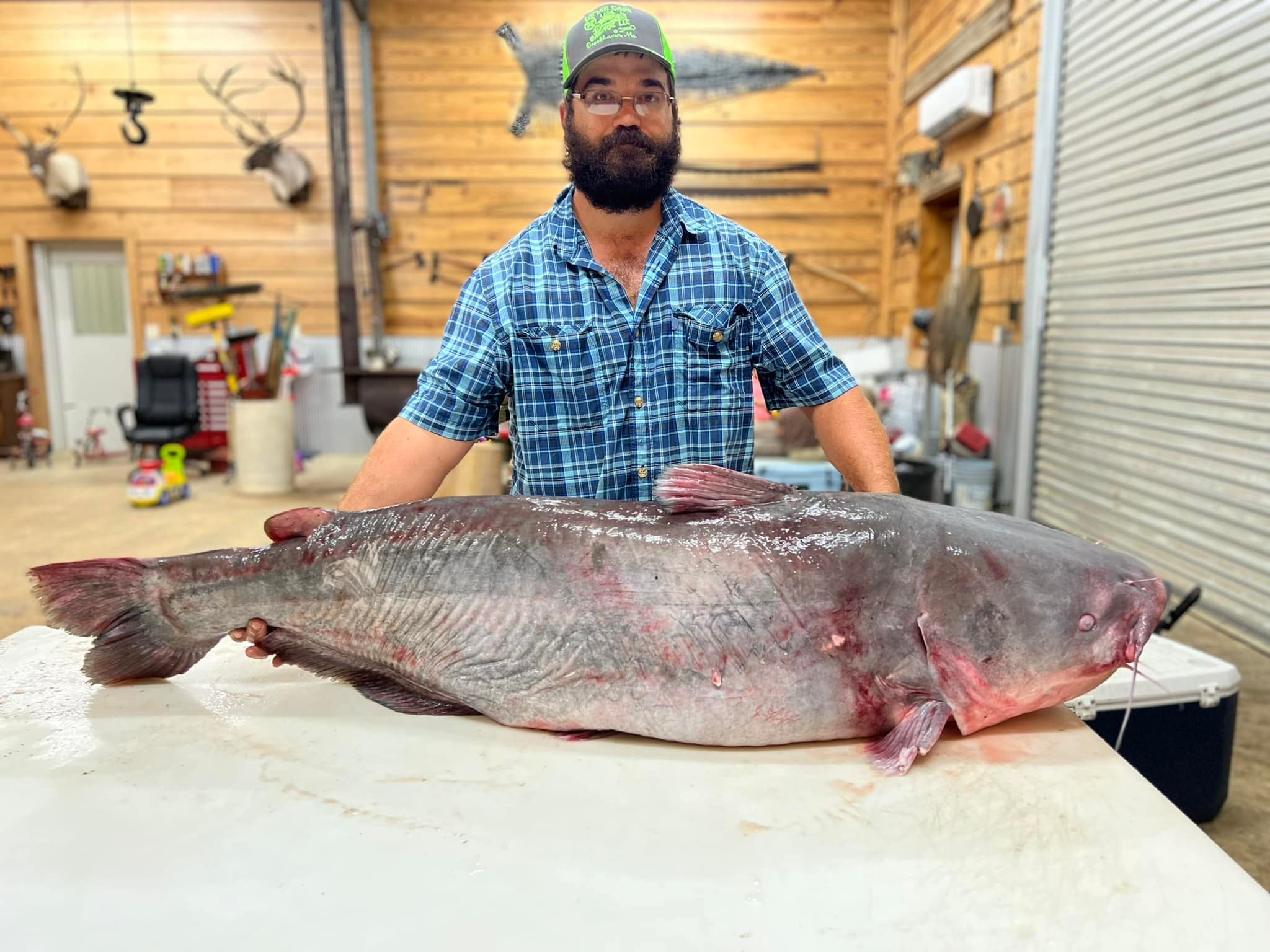 Veteran trotline fisherman Christopher Halley of Brookhaven, Mississippi, headed out onto the Mississippi River at Natchez for a day of setting trotlines for catfish on July 30. But the weather wasn’t cooperating. Rain, lightning, and poor results from his trotlines that day would have deterred most folks. But Halley kept at it.

“Most people wouldn’t stay out there. It gets kind of dangerous,” he explained to the Natchez Democrat.

But Halley hunkered down in his stout War Eagle 961 Blackhawk boat, where he felt secure enough from the weather and river hazards. The storms finally passed late in the day, so Halley settled in and went to sleep in his boat. The next morning, he returned to tending his set trotlines, baited with a secret family bait recipe. Soon he found something enormous tugging at one of his trotline sets.

“It was heavy, and my dip net wasn’t big enough,” he said. “I got his head in, but his body was hanging out, so I used my hands and grabbed him by the gills to pull him in.”

Halley regularly catches 50-pound cats from his trotlines, but this was a completely different caliber of blue cat—the biggest he’d ever seen. He tried weighing it, but it was so heavy he couldn’t get an accurate reading on his scale.

Halley then loaded the fish and drove it to Jo Bob’s Bait Shop in Natchez, where he got help to weigh the fish on accurate scales at 104-pounds.

After it was official weighed, he excitedly called his in-laws, Sandra and David Case, because they were ones who showed him the tricks and tactics of trotlining cats on the Mississippi River.

“I called my mother-in-law, and she couldn’t believe it,” Halley said. “I knew it was the biggest fish I had ever caught.”

POTD: Try it On For Size