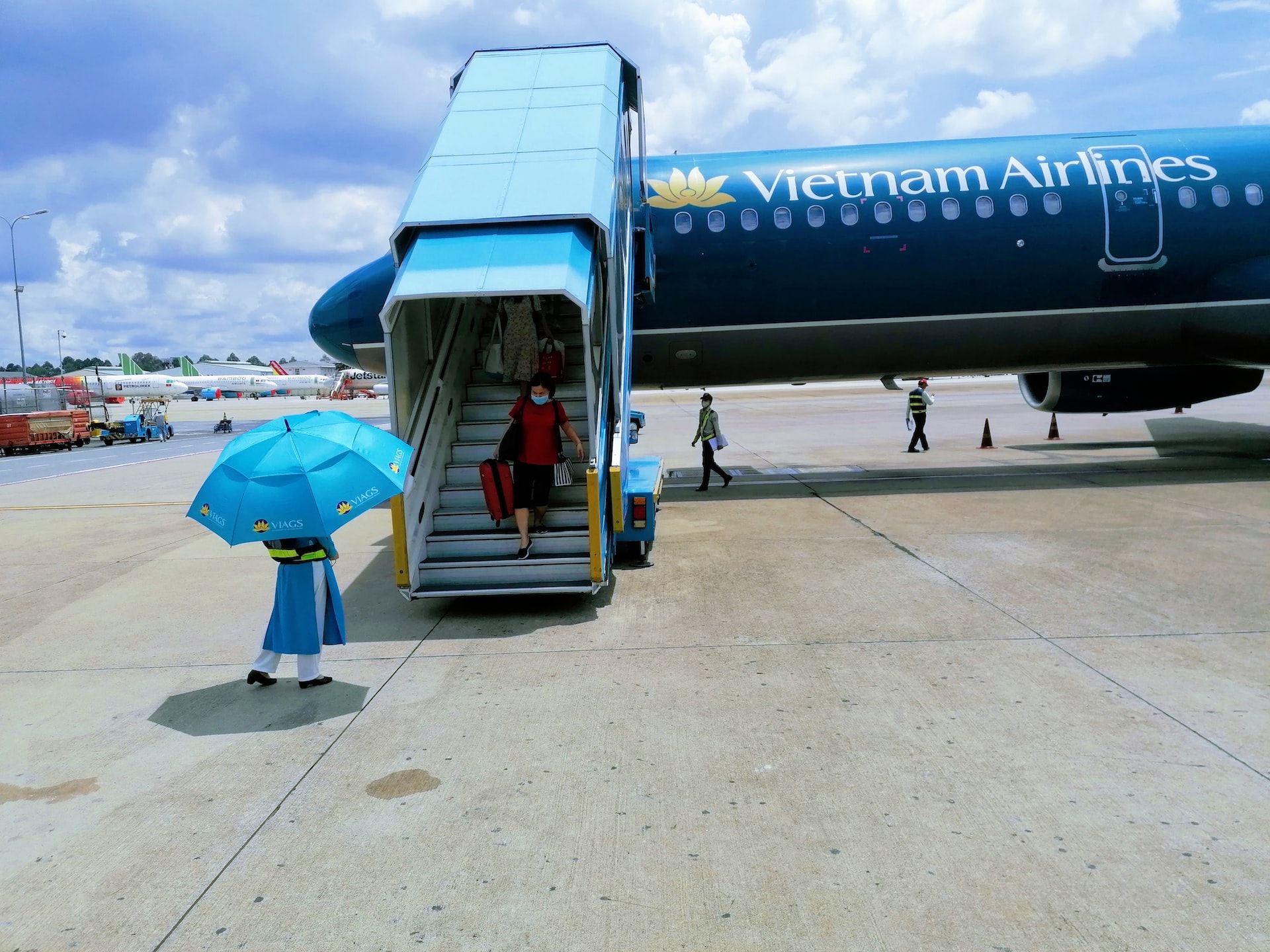 Recently I learnt that Hamad International Airport in Doha, Qatar was again crowned the World’s Best Airport by Skytrax.

It’s the second year in a row that the airport has been given the highest gong by the UK-based consultancy that runs the review and ranking site for the airport and airline industries.

I’ve never been to Doha so I can’t pass judgement on the decision. Let me know if you have by sharing your experience in the comment section below.

Flying is still an occasion for many people, so expect to see some get-ups that will blow your mind

Judging by its website, Skytrax takes these awards – all 25 of them that range from Covid-19 Airport Excellence to World’s Cleanest Airport to even Best Low-Cost Terminal (is there one?) –  pretty seriously.

They outline their methodology, which often tends to swirl about in thick grey murkiness when rankings like this are announced across industries, especially when money and sponsorships are involved.

But to Skytrax’s credit, they say no money changes hands in the process – third party sponsors aren’t even involved, so forget the cold calls.

Allegedly over 500 airports around the world are featured in the survey results with all entries screened so that duplicated or ineligible votes are deleted.

Their information page also includes some of the survey topics, which are quite extensive. I won’t include all of them here, but there are things like the standard of airport website information, public transport options, availability of luggage trolleys, immigration staff attitude, and even telephone and fax locations.

Fax? Oh, that’s right, Japan is included in this.

In the review of Hamad International Airport that I read, and which inspired this piece, the author formulated his own (much shorter) criteria: The Arrival, The Look, Check-In, Security, Food & Drink, Retail Therapy, and Passing Time.

Then at the end, he gives The Verdict and rates it out of five.

So it got me thinking.

How would Saigon (Tan Son Nhat) Airport stack up under this scrutiny?

I haven’t flown internationally yet, but I have taken a few domestic flights since Vietnam has eased travel restrictions. Let me know in the comments below how your experience has been flying internationally into or out of Ho Chi Minh City this year.

So far, I’ve flown from Hue and Hanoi for work, so with some trepidation tinged with nervous excitement, I’ve decided to review Tan Son Nhat Domestic Airport.

If you’re a Cheap Charlie like me, then more often than not you’re flying budget, unless someone else is paying for it. According to a report back in 2020, Vietjet Air, Vietnam’s first privately-owned low-cost airline carried 42.6% of passengers. Meanwhile, Vietnam’s national flag carrier, Vietnam Airlines, fully-owned by the government, carried just 36.7% in 2019. But don’t expect any special treatment if you’ve flown low-cost into Saigon. Arrival usually means getting parked out by the old war-era hangars, then herded onto a bus before being given a circuitous tour of the sweltering hot tarmac and workshops with aircraft in pieces – not the greatest sight. It also comes with views of languid security guards tucking into their lunch. And if that anxiety-riddled experience isn’t enough, enjoy sharing the baggage carousel with the three other flights that just came in behind you.

Tan Son Nhat Airport was built decades ago and quite frankly, it looks like it. As the Vietnamese have embraced taking to the skies with more affordable tickets and airlines to choose from, the airport is packed most days, especially when those early morning red-eye flights are scheduled. In July, it was reported that airlines had already flown almost 21 million domestic passengers, an increase of 12% over the same period in 2019, and it’s likely most of them passed through Tan Son Nhat. This gives you an idea of how domestic travel is going at the moment, a reminder not to fly during summer holidays – like I did. At the drop-zone out front, it’s mayhem as usual as taxis double, sometimes triple park, and once inside, your guess is as good as mine as to where to check-in. Bring on 2025 and the new airport.

In sporting parlance, you’re only as good as your last game, they say. If I were to use that criterion to review the check-in process at Tan Son Nhat, then I’d have to say it’s very good. The reason why is because I used the Vietnam Airlines automatic check-in machines last time I flew. There was a young lady in attendance to help out, she was excellent and also took care of my check-in luggage. Apart from some machines being out of order, the process was smooth and before long I had my boarding pass in-hand and was on my way upstairs to security wearing a snide grin from ear-to-ear as I passed the throngs lining up to check-in the ye olde way. Why are people so reluctant to use the automatic check-in machines? Let me know in the comments section below.

Unfortunately the security queue at the domestic airport is where that snide little smirk is wiped completely off my face. Although the “line-up” has been configured for the better in recent years, the sheer volume of people coming through to get scanned is such that wait times are long and personal space is at a premium. Having said that, they manage to pump people out the other side with little fuss and even fewer pleasantries, but hey, we’re looking for efficiency here. If only they would give us more space to collect our things on the other side and somewhere comfortable with a little more privacy so my bum crack isn’t revealed to all when I put my shoes back on.

Vietnam is a country whose heart and soul is built on food and beverages. While outside the gates in the real world, Ho Chi Minh City is a foodie’s paradise, inside the gates, you’re trapped with overpriced coffee and bánh mì that tastes like sawdust. The upside is there’s a Burger King in the low-cost “lounge” with an automated ordering system and delivery person wearing a backpack who seeks you out and comes to you with your order. Other than that, there aren’t many other options, so fuel up before you get anywhere near the airport. Meanwhile, sit back, enjoy your “meal” and count how many times your flight has been delayed. Thank you for flying with us.

None that I noticed last time round, but there are some shops in the domestic terminal, I believe, just waiting to relieve you of your hard-earned when you find yourself in one of those desperate situations.

As much as we pan social media and the internet, they’re a godsend at this airport, which offers free wifi and is actually pretty good, although you need to log back in every 30 minutes or so. There are also charging areas where you can plug in and charge your devices while you wait. If for whatever reason your battery dies and you’re unable to recharge it, you can always pass the time marveling at the fashions getting round. To a certain extent, flying is still an occasion for many people and their families, so expect to see some get-ups that will blow your mind, from the Aussie yobbo in singlet, shorts and thongs (flip-flops) from the 80s to grandma in her pyjamas to uncle with his helmet still on his head to short leopard print after-five wear paired with high heels and something fluffy on them leaving a trail of…well…fluff, behind. It’s an eye-opener, especially at 6am in the morning.

As you can see, Tan Son Nhat Domestic Airport isn’t quite Hamad International, voted the best airport in the world by Skytrax this year. There are plenty of things to dread here from the moment you alight the taxi to the moment you step up off the tarmac and begin your ascent of the aluminium staircase to the plane door. But, if I were to take the glass half-full approach, I’d argue there are lots of long-lasting authentic experiences to be had here on your holiday. After all, authentic experiences is one of the hottest travel trends for this year.

Rating out of Five

Let me know in the comments section below your rating of Tan Son Nhat Airport.

All rights reserved ©The Bureau Asia

If you see this content reproduced in any shape or form anywhere other than on thebureauasia.com, then it has been used without our permission