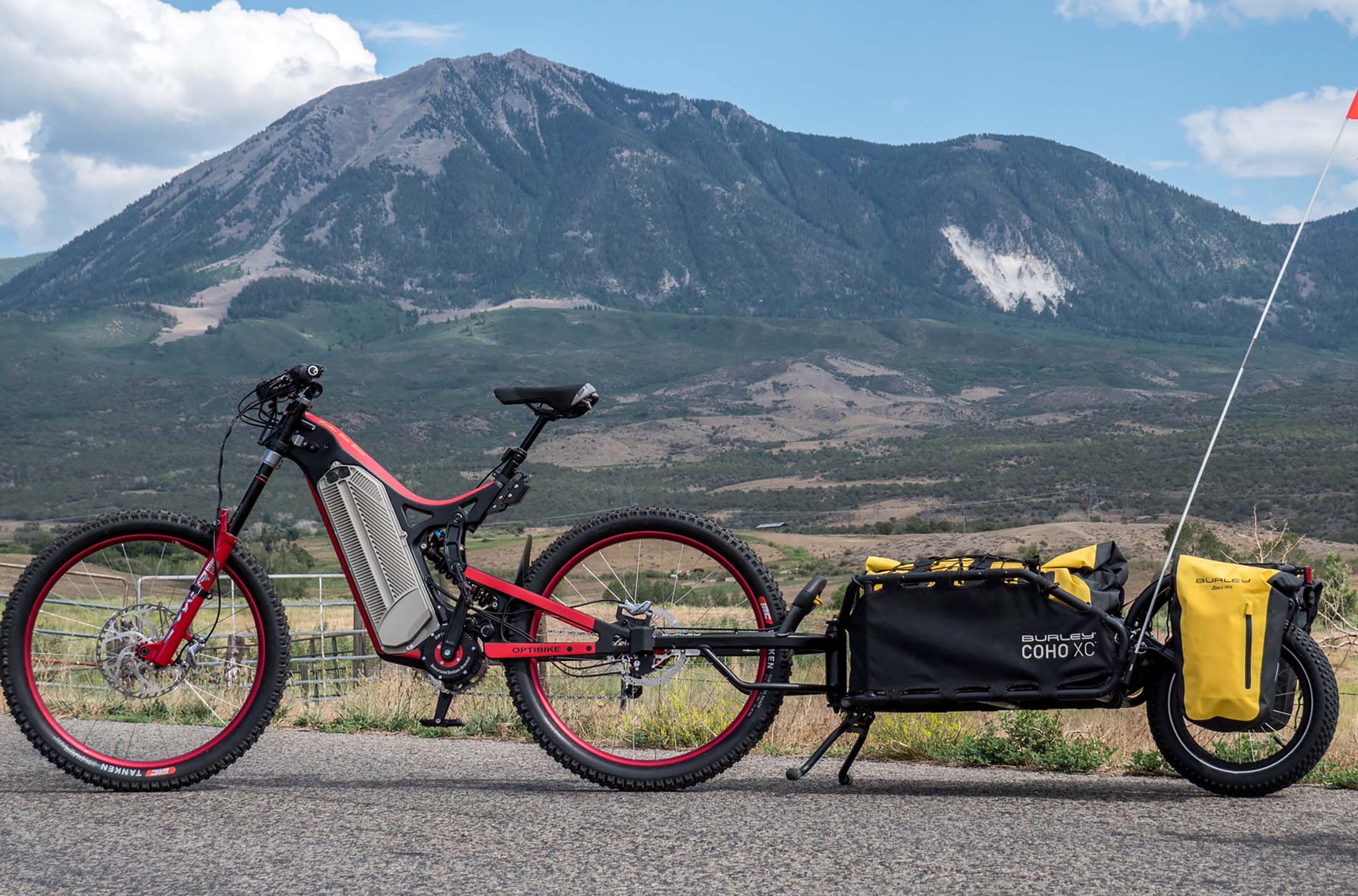 If you’ve ever dreamed of an electric bicycle that could take you as far as a single fill-up in an RV, wait no more. Meet the Everest.

A Colorado e-bike company now offers an e-bike that may have the longest-lasting battery on the market. Optibike’s latest e-bike, the R22 Everest, offers a 300-mile range for assisted pedaling, according to company specs.

That’s possible because of the bike’s enormous 3,260Wh dual battery. It can provide 1,700 watts of continuous power, with a peak of 2,500 watts.

The bike’s promotional material involves a strange boast: “The only E-Bike able to climb Mt. Everest on a single charge if there was a road!”

While the idea of a road on Everest sounds a bit absurd, the e-bike’s long-lasting battery certainly has appeal. As e-bikes continue to rise in popularity, an electric bike aimed at long-range adventures could find a niche.

While indeed heavy (the powerplant alone weighs 36 pounds, and the whole bike tips the scales at a reported 72 pounds), the two separate 1,630 Wh batteries also offer a degree of flexibility. Riders can ride on one single battery until it runs all the way out of juice, then switch to the other one for the trip home.

At its 190 Nm of torque, the e-bike is capable of “effortlessly” climbing a 40% grade, according to Optibike. As heavy as it is, it needs a sturdy skeleton and it gets one: a carbon fiber frame and swingarm and a downhill dual crown fork.

Optibike doesn’t explicitly claim to have the most extended range in the e-bike market on its website. However, in 2018, Delfast Bikes, a Ukrainian-based electric bicycle company, received a Guinness World Record for an entry that covered 228 miles.

But where the Delfast e-bikes started at around $7,000, the price tag for the R22 Everest is a whopping $18,900. Designed and built in Colorado, the bikes are available on a limited basis.

How To Make A Smooth Transition From Tourist To Expat

How To Make A Smooth Transition From Tourist To Expat