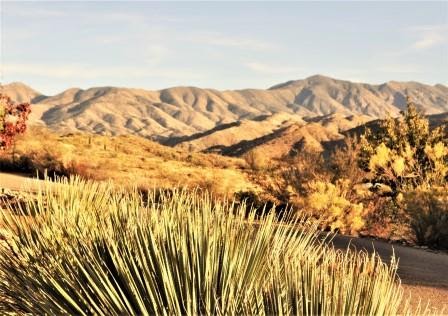 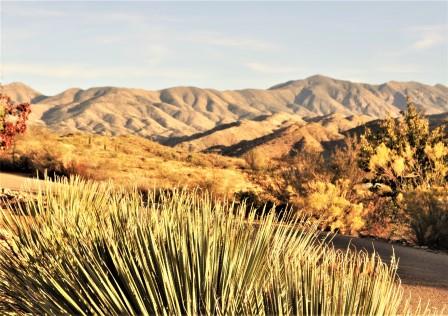 The complete article was published in Travel
Awaits on June 25, 2021

This post summarizes the five reasons to visit Biosphere 2 in the small town of Oracle, Arizona in the foothills of the Santa Catalina Mountains at an
elevation of 4,000 feet. “As an American earth
system science research facility built
to be artificial, closed ecological system and designed to prove the
viability of such systems to support human life in outer space, it is
today still the largest such closed system ever created.” 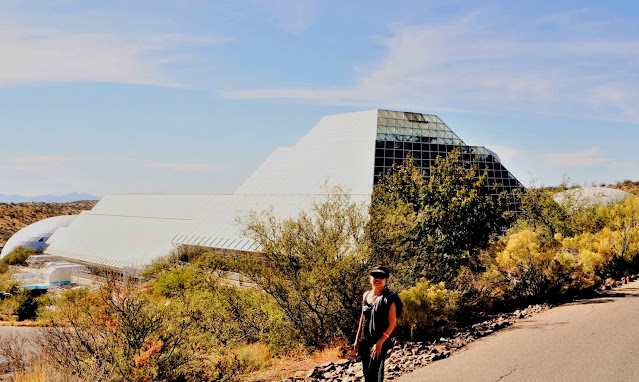 “Right after passing the many casitas, a café,
and other facilities that comprise a sizable Conference Center, you will be
impressed by a huge glass pyramid. You have reached Biosphere 2…That glass pyramid was created
to mimic Biosphere 1 (our Earth). It was an amazing venture constructed between
1987 and 1991, funded by the Texan billionaire and philanthropist Edward Bass
who put in $250M.”

2. Six of the Seven Biomes 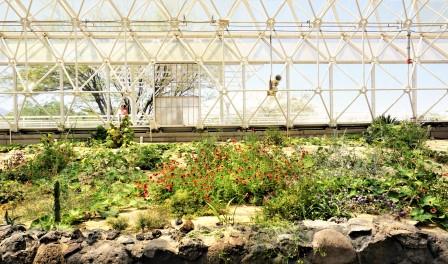 “Seven biomes
were created to be jointly housed under that glass pyramid. The five ecological
systems included are a 20,000 square-foot tropical rainforest, a 9,100
square-foot coral reef ocean, a  4,800
square-foot mangrove wetland, a 14,000 square-foot savannah grassland, and a
15,000 square-foot coastal fog desert.
It was amazing to see the widely different kinds of plants supported by
all those ecosystems under one roof. They used to support animals, too.” 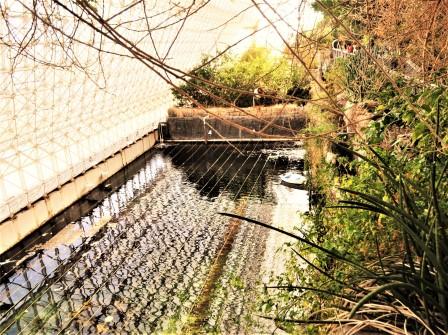 “In addition
to these five biomes, there is a 27,000 square-foot agricultural area
constructed to study the interactions between man, farming, technology, and
nature. And a new Lunar Greenhouse, a second prototype of the Controlled
Environment Agriculture Center, seeks to understand how to grow vegetables on
the Moon or Mars by developing a life support system that recycles water
through plant transpiration (sweating).” 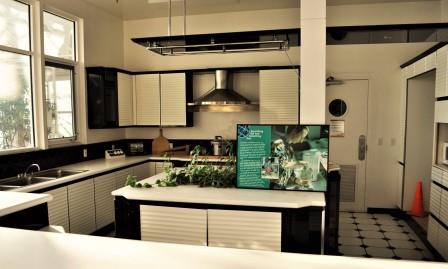 “The seventh
biome is the human habitat. The first closure experiment was conducted from
1991 to 1993 involving eight humans, four men, and four women, called
“Biospherians… There were problems encountered, including the split of the Biospherians into two factions and the power struggle over the management and
direction of the project. Still the project was considered successful with world records set in agricultural production, health improvements, and insights
into closed ecological systems.”

Another experiment was conducted in March 1994 “with a crew of seven….but this also ended prematurely (after six months) with tensions in the management and financing of the project. This
second closed experiment, however, achieved total food sufficiency and did not
require the injection of oxygen, unlike the first.” 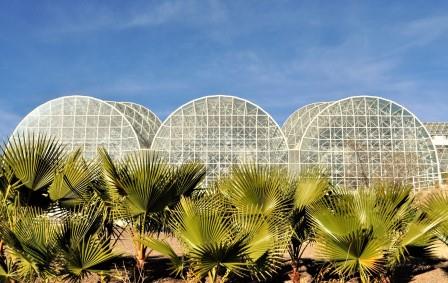 “In 2007,
the University of Arizona took over the research part and,
with the help of private donations and funding, in 2011, full ownership…They added the
LEO, the Landscape Evolution Observatory, which uses almost two thoeusand sensors to monitor millions of pounds
of volcanic rock. It was built to track how this nonliving soil slowly develops
over several years into rich soil by supporting microbial plant life. Three
large steel-framed and glass-enclosed “hillsides” inside the
pre-existing domes were built as the world’s largest device to measure the
amount of actual transpiration (sweating) by plants.”

5. The Technosphere Below
and Outside

All that you
see above ground is amazing but wait until you inspect what is below ground! 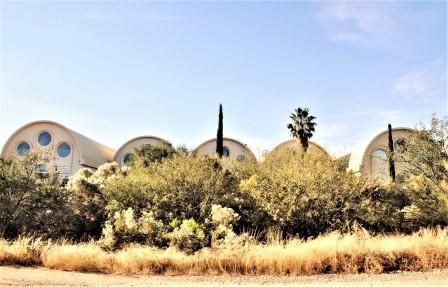 “There are
more than two dozen air-handler units that control air temperature and
humidity, allowing for cooling, heating, water condensation, and
dehumidification. Air is circulated to the air handlers from the Energy Center
housed in a building external to the glass-enclosed area…Water from condensation within the
biosphere is collected in a 200,000-gallon tank where it can later be used for
other purposes like putting out a fire. The natural gas energy center supplies
Biosphere 2 with electrical power with backup generators. There are also
systems of solar panels throughout the grounds…Biosphere 2 also
contains a biologically based waste-treatment system.” 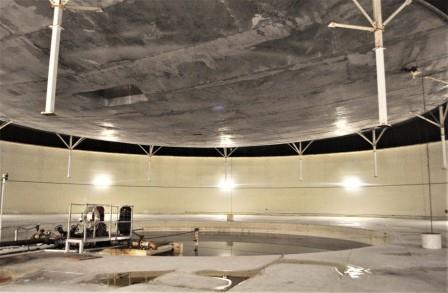 “But what
interested me the most are the two large aboveground domes that contain what
is called the ‘lungs.’ As external temperatures rise and fall, air remains
trapped or is released from it. This release produces pressure that may exceed
the strength of the glass, if not controlled. So the lungs are large expansion
chambers that regulate the air pressure above. It consists of a heavy metal plate attached to a rubber membrane which is made to move up or down. Each lung is connected to the
biosphere by a tunnel. It was so interesting to witness!”

a major red flag before buying a used RV off Craigslist

9 Things to Better Your Mental Health