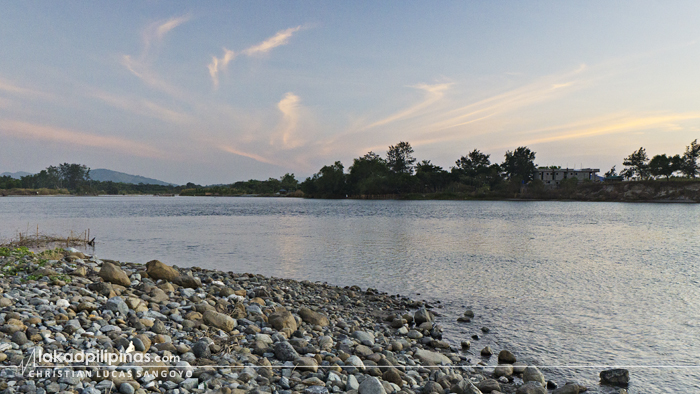 “Are you okay, A?” I asked my son as I haphazardly pedaled a pedicab around a rough patch of dirt road. And that said tri-bike is intended more for a twelve-year old kid rather than an adult my size. Riding it was extremely challenging, to say the least, more so with the terrain we’re traversing en route to Cabangan Pier.

The pier is one of the few tourist landmarks in Cabangan, Zambales. Well, it really isn’t a real pier and it really isn’t a tourist spot. It’s actually a jetty built by a private Chinese corporation to haul sand from town to who knows where—well, we all probably know where.

Located in Barangay San Isidro, the townsfolk of Cabangan has made the pier and its surrounding areas one of their biking, swimming, and picnic destinations.

►CHECK FOR AFFORDABLE LODGINGS IN CABANGAN

The first time I visited Cabangan Pier was through an off-road bike session with C’s cousins, nephews, and nieces. Like a true biker gang, we rode through dirt paths—passing narrow pathways and wide fields. Me, on a kiddie pedicab with Akira as passenger.

Eventually, the trees gave way to a gravel path besides Tangway River which locals refer to as Bangan—a waterway where the river meets the sea. We biked on, the estuary on our left and huge sand dunes on our right—stockpiles of sand to be trucked off to the pier at the far end of our destination.

Our target was to see the sunset at Pier Beach, which is what Cabanganeans now call the area. But alas, the sun was lowering down the horizon faster than we can pedal. Afterglows were what we were left with as we arrived at the pier.

Still, we enjoyed what little light we had left. Beers and snacks were passed around—fried kikiams, fishballs, tuknenengs—while some went down to wade along the warm waters of the Bangan. It was full dark once we finished our beer.

If going here was a task, going back would indeed be more challenging. Flashlights, on.

The second time we went to Cabangan Pier, we didn’t really visit the pier. What we went to see was the estuary or Bangan along the Tangway River.

We rode through the same route as before, but this time, on motorcycles and motorized tricycles. No more kiddie bikes, please. About half a kilometer from the pier, we stopped along one of the makeshift huts along the estuary. We were here for a picnic.

Temporary huts made from bamboos and thatch roofs have now sprouted besides the river and are available for rent. Rates are at around five hundred pesos for a whole day of use. These are all very basic, you’d have to bring your own food as there are no cooking facilities. Perhaps you can bring your own grilling station if you really want to.

Bangan is perfect, even for kids, since the water is mostly shallow and there’s virtually no current or waves. The water is surprisingly very warm—due to the sea—with some parts colder due to the water coming in from the river. This is brackish waters, indeed. Rafts are also available if you want to go around the place.

We were able to rent out three different huts during our last visit to Cabangan, we’re layas like that—or as locals from Cabangan would say, hayad.

The first one was just an open hut with a long table and some benches, but its selling point—two massive trees sitting right beside the river. Swimming, even on a midday was really comfortable due to the cool shade provided by the trees.

The second one was on a hut built right on the water. It’s about a foot deep during high tide, and bare during low tide. It’s especially fun to eat with your feet dipped in the water. And they have a swing too, which is also along the water.

The last one was just a simple hut besides the water. It was actually an extension of the second place we visited, so there’s really nothing too special about it. What’s special about it was that one of our friends brought a full blown samgyeopsal kit with her—complete with chicken, pork, and beef strips.

Korean barbecue party plus bottles of Red Horse beer it was. We didn’t even feel the need to swim to enjoy ourselves, lol.

With locals having hang out and swam along the massive waves of Cabangan Beach all their lives, Bangan is a welcome change of scenery. And indeed, this place has become a popular gathering place for birthdays and events, especially during weekends. 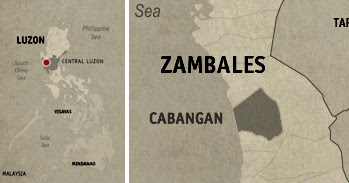 HOLA: Let’s eat, drink, and play in this hidden restobar in Mandaluyong

10 Tips for Hiking with Your Dog in Winter — CleverHiker

10 Tips for Hiking with Your Dog in Winter — CleverHiker