6 Fascinating Spots I Discovered During My Idaho Vacations 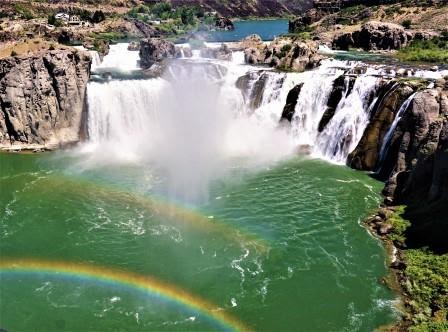 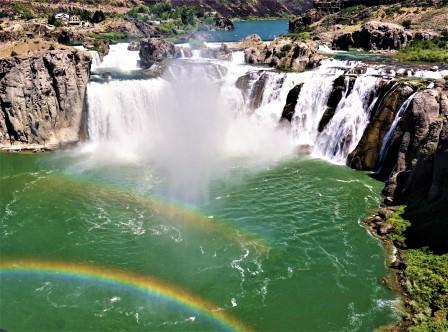 The fcomplete article appeared in Travel
Awaits on Sept. 3, 2021.

In this post, I summarize the six spots I
remember best from our travels to Idaho to visit family. Each one gave me a one-of-a-kind experience. 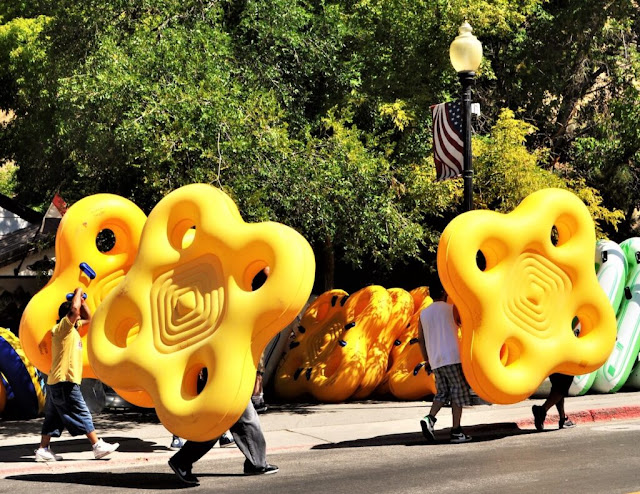 Lava Hot Springs, Idaho, with a population of  500, is blessed with several
hot springs and lies in the mountainous valley of the mildly turbulent Portneuf River which is
also great for tubing. There is also an Olympic size pool. “When we were there, a great number of large yellow tubes
were all over town. They were so radiant that they created such a welcome sight
for this lover of the color yellow. They were floating on the river carrying happy
kids, stacked at rental outlets waiting for temporary owners, and even ‘walking
around town’ with human legs hanging below them.” 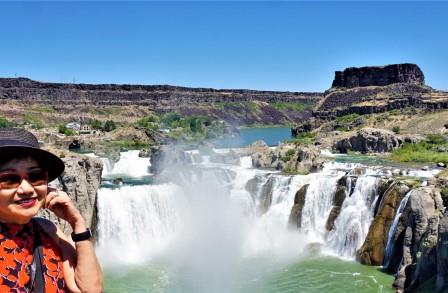 Shoshone Falls Park in Twin Falls, Idaho is dubbed “The Niagara of the
West.” “Standing 212 feet tall and 900 feet wide, it is one of the largest
natural waterfalls in the US, higher than, but not as wide as, Niagara. I
really don’t know why its application as a national park was rejected. I felt
it should at least be a national monument and not just a state park. 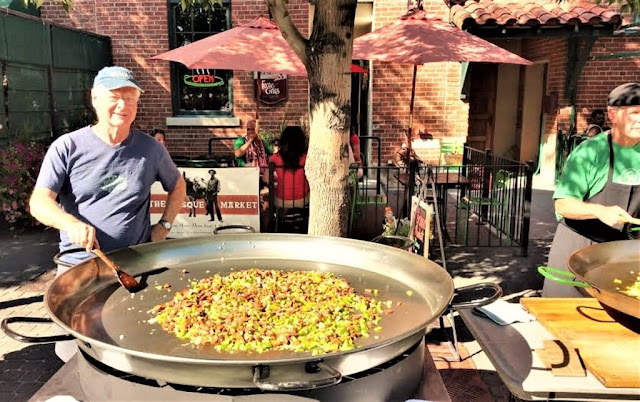 The city of Boise is the state’s largest city with a population of
over 200,000. “The Basque community, numbering about 16,000, is the second-largest such community in the US after Bakersfield, California…The Basques live
in both Spain and France in areas bordering the Bay of Biscay and encompassing
the western foothills of the Pyrenees Mountains. There are about a million
Basques in Europe and an additional 200,000 live outside Europe.” There is a vibrant section called The Basque Block in the Old Boise Historic District, home to the Basque
Museum and Cultural Center where my husband had the singular chance to “cook” a huge pot of paella for us!” 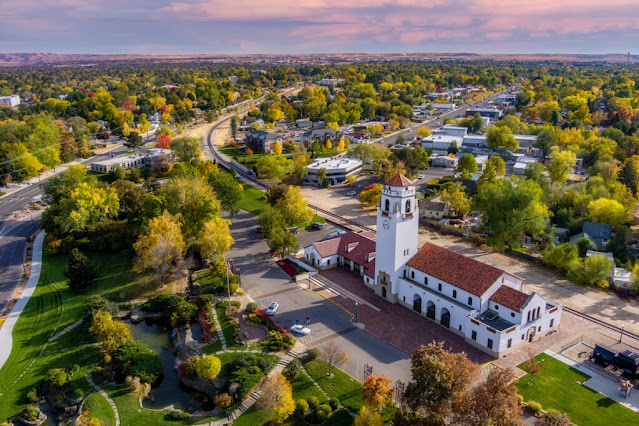 Another city
landmark is the Boise Depot. A lovely historic Spanish-style
structure that once was home to the Union Pacific Railroad, it now functions as
a public space for business meetings, weddings, and other community events. Designed
by New York architects, the depot opened in 1925 and was immediately heralded
as “the most beautiful structure of its kind in the west.” On the hillslopes, they also built the famous Platt Gardens. “The garden has a
winding walkway, benches, a koi pond, a monument of volcanic rock, and
planter beds with seasonal flowers. Designed by Spanish landscape architect
Ricardo Espino, a panoramic view of the city skyline and the foothills are
available from its vantage points.” This is where we had family pictures over the years. 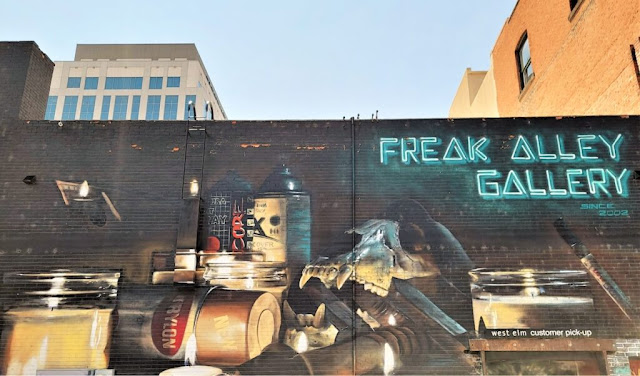 We did not get to experience this landmark until we had been going to Idaho for several years. I was amazed at Northwest’s largest
open-air, multi-artist mural gallery located between 8th and 9th street. Started in
2002. “The Freak Alley Gallery blossomed over the years into a large space filled with murals
and graffiti art. The artworks are painted over and replaced by new ones (or
incorporated into them) every now and then. This constant update of the works
of art creates an ever-growing and changing experience for all. Each summer a
large painting event is held allowing community members to be a part of it.

6. Craters of the Moon
National Monument and Preserve 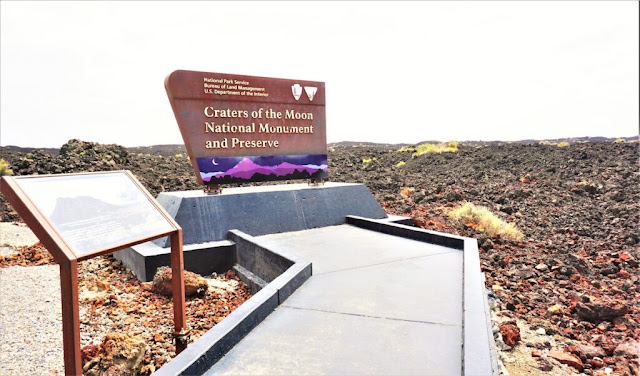 On the way out of Idaho going into
Montana on our northward trek to Calgary, we stumbled upon “a national monument consisting
of 600 square miles of lava flows and scattered islands of cinder cones plus large
tracts of sagebrush grasslands, all at an average elevation of 5,900 feet. Established
in 1924, the national monument was greatly expanded in 2000 and renamed Craters of the Moon National Preserve in 2002.

Note: The national monument is located in the town of Arco, Idaho. As you leave the park, you will find a hill dotted with white numbers. The townsfolk of Arco, Idaho practice the tradition of painting the year of a resident’s graduation on the hill.

Our first office in our RV (photo)

9 TOP things to do on Rottnest Island

What to Expect on a Holland America Alaskan Cruise

9 TOP things to do on Rottnest Island

What to Expect on a Holland America Alaskan Cruise