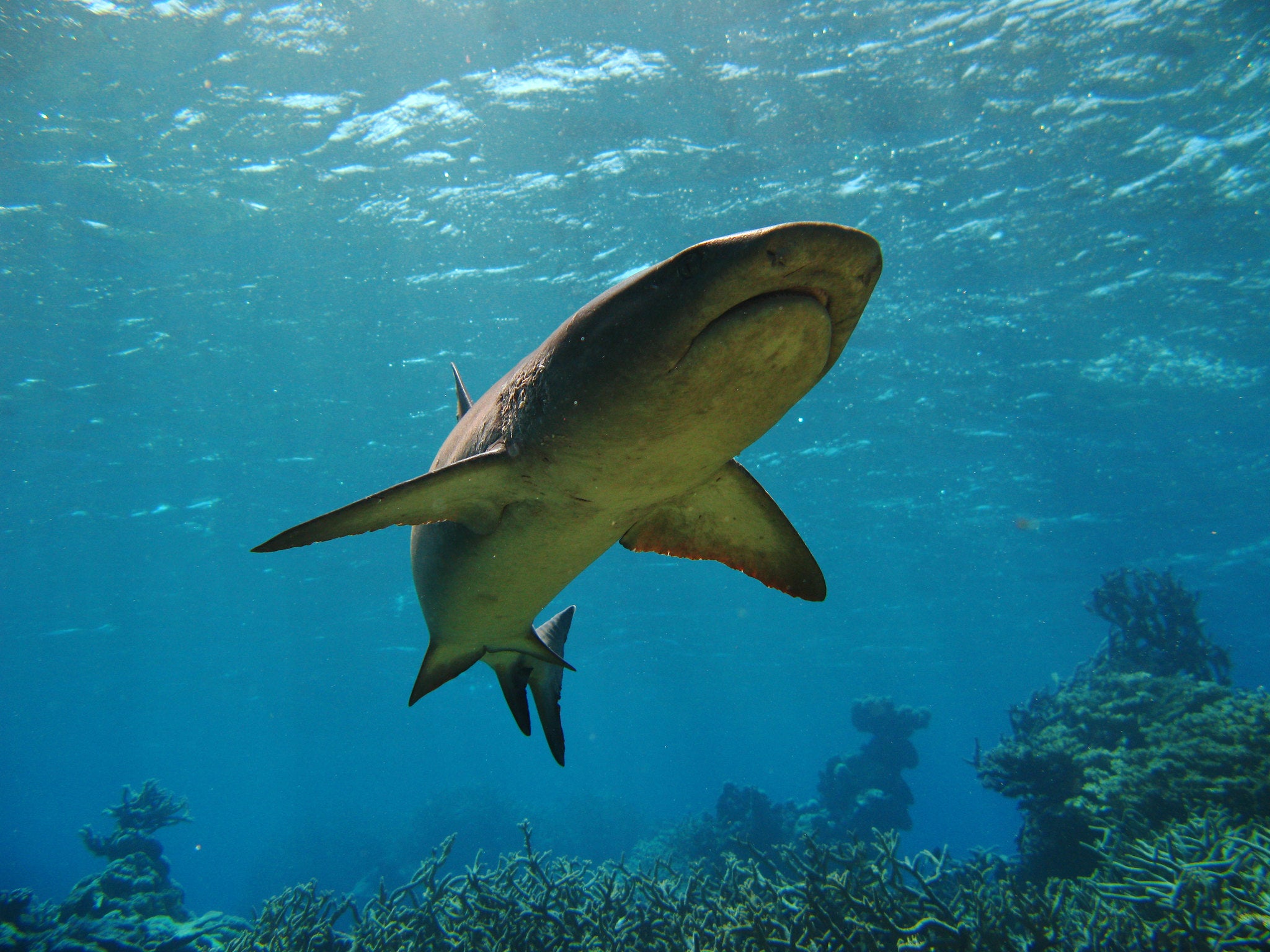 A Texas woman is still recovering from a shark attack that occurred in the Florida Keys last week. The 35-year-old suffered extensive bleeding after she was bitten on the leg by the shark and had to be airlifted to a hospital in Miami, according to an incident report filed by the Florida Fish and Wildlife Conservation Commission.

On June 29 Lindsay Bruns, her husband, and their two daughters were boating on the Gulf side of the Keys. Around 7 p.m., the family decided to stop for one last swim near Sawyer Key in roughly 10 feet of clear water.

After jumping off the pontoon’s platform several times, Mrs. Bruns attempted a flip. As she hit the water, her husband heard an unusually loud splash, and when she surfaced, she started screaming for help. Mr. Bruns then saw a huge cloud of blood surrounding his wife, so he jumped into the water and helped her back onto the vessel. She was covered in blood and had a large open wound on her right leg that looked consistent with a shark bite, according to the FWC report.

Mr. Bruns was able to construct a makeshift tourniquet with rope, and he alerted emergency services of their location. The responder told him to head for Tonio’s Restaurant on Summerland Key, where medical personnel would meet them.

Several FWC officers who were already on the water responded to the incident right away. They were able to intercept the couple’s pontoon and helped them dock the boat at the restaurant.

“When I boarded, I saw Mrs. Bruns. She had a half-circle wound on her right leg. It extended from the top of her hip to just above her knee,” officer Christopher Boley explained in the report.

A trauma team gave Mrs. Bruns a blood transfusion and transported her by helicopter to Jackson South Medical Center in Miami, according to Monroe County Fire Rescue. Basing their opinion on the size of the laceration and the nature of the wound, medical experts confirmed that it was the result of a shark attack. The species and size of shark is unknown.

FWC officials have provided an update on Mrs. Bruns, and FWC spokesman Jason Rafter told the Miami Herald that she is recovering well after undergoing multiple surgeries.

Although shark attacks are rare, Florida has one of the highest incident rates in the world. In 2021, there were 73 unprovoked shark attacks and 11 fatalities worldwide, according to the International Shark Attack File. Of these 73 incidents, 47 occurred in the United States and 27 took place in Florida, representing 38 percent of the world total. Luckily, none of the unprovoked Florida attacks were fatal. Only one fatality occurred in the United States last year, and that shark attack took place in California.

The Best Hearing Protection For Shooting and Hunting

A Dad Reflects on Three Generations of Outdoorsmen

What to Expect at Dubai’s Museum of the Future

What to Expect at Dubai’s Museum of the Future