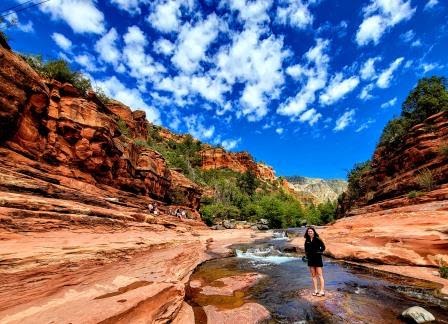 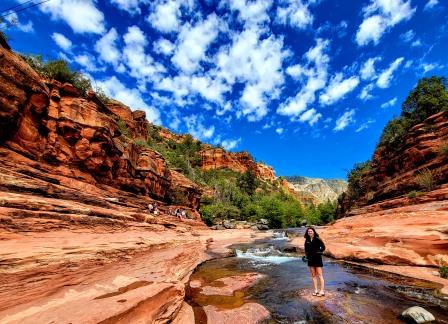 The complete article appeared in Travel Awaits on August
8, 2021.

This post summarizes the five best experiences visitors can enjoy at Slide Rock State Park on Oak Creek Canyon within the Coconino National Forest in Sedona, Arizona which we have visited five times. We will definitely go
again. 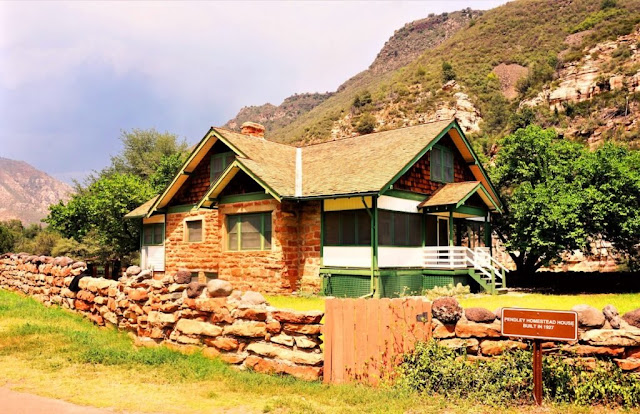 “The Park was
originally a 43-acre historic apple farm owned by Frank L. Pendley who arrived
in the canyon in 1907 and acquired the land under the Homestead Act of 1910. It
then became known as the Pendley Homestead. A unique irrigation system he
established is still in use by the park today. It was the reason his farm
succeeded while others failed.” When new roads were built in 1938, “tourism in the area flourished…Pendley built rustic cabins to cater to those who wanted
to stay for a vacation. Some of the historic cabins are still available for
viewing today, including various farm implements that were used at the time.” It officially opened to the
public as a staet park in October 1987. 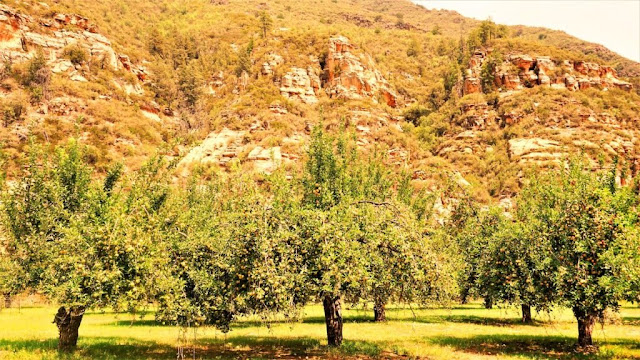 “During one of our visits, nearly 300 apple trees were filled with
fruits, many falling to the ground. Yes, you can pick apples for free, just
come at harvest time. Pendley planted his first apple orchard in 1912, pioneering
early agricultural development that became the pattern for the state since that
time. The fruits were the primary cash crop of the Pendley Family Homestead but
he was also able to grow a variety of garden produce and even kept some
livestock 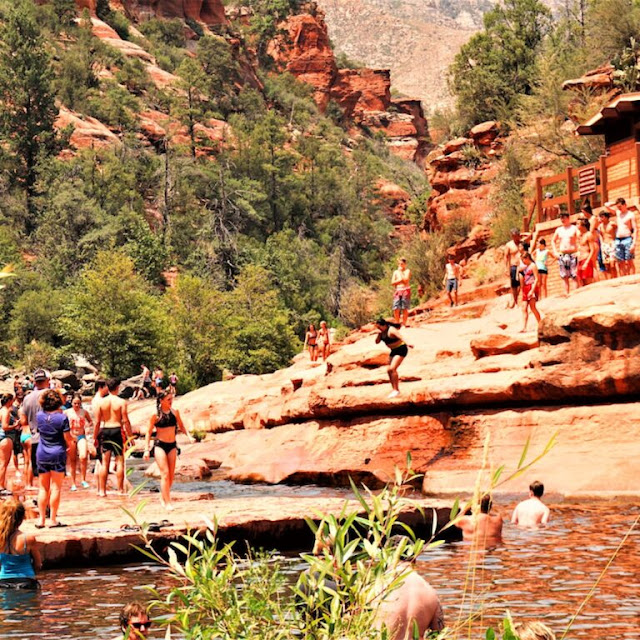 “But it is
the clear rushing creek that offers the best of the experiences available at
the park, especially if you are looking for a place to cool off during the hot summer
months. The Slide Rock area open for swimming is half a mile long and the area
for sliding is 80 feet long and 2.5 to 4 feet wide, going downstream with a
seven percent decline. The algae that collect on the rocks make for a
slippery ride. The creek rushes down from the upper areas, brushes many red
rocks on its way, and settles into a calmer flow down below. This allows for
sliding down the whole length in utmost abandon and fun.” 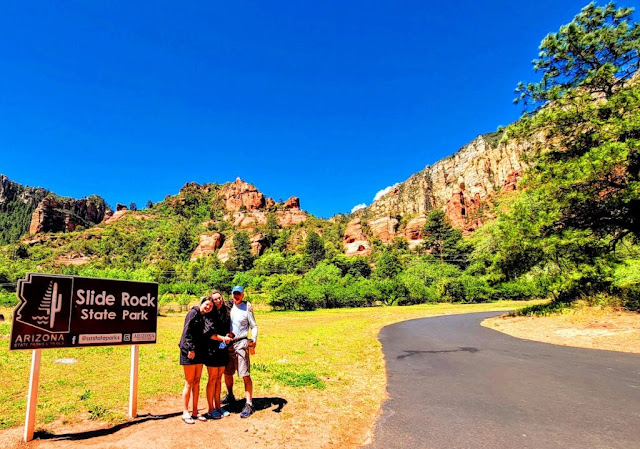 “For those
who love hikes, there are three short trails in the park.  There are also several Coconino National
Forest hiking trails nearby for those who want more. But the entire area,
including all the trails, is a pack-it-in, pack-it-out kind of park. In other
words, leave with everything you brought in. Glass containers are also strictly
prohibited. When you tour the entire park, you will naturally go through the
first two trails. But don’t forget to do the very scenic third.” 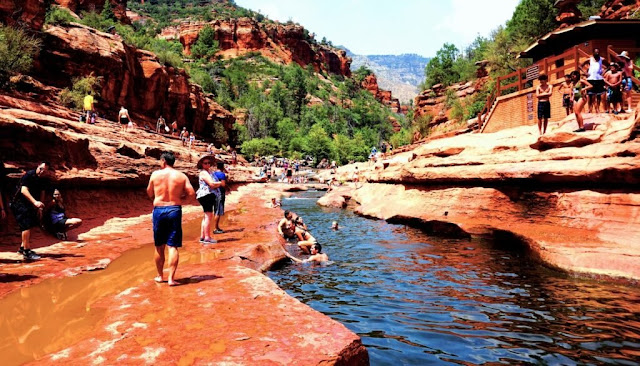 This park also offers wildlife viewing opportunities.  And great
trout fly fishing is available upstream. “The creek is seasonally stocked with
wild brown and rainbow trout populations by the Arizona Game and Fish
Department. Trophy fish of both species have been regularly caught in this
stretch of Oak Creek. However, fishing is not permitted within the swimming
area. You need to take a short hike upstream into “vast pools, undercut banks,
and gentle riffles” that trout love. Besides, trout look upstream for their
next meal. By approaching from downstream, you will come unannounced. Cast
beyond where the trout are hiding. Catch and release is recommended, though.” 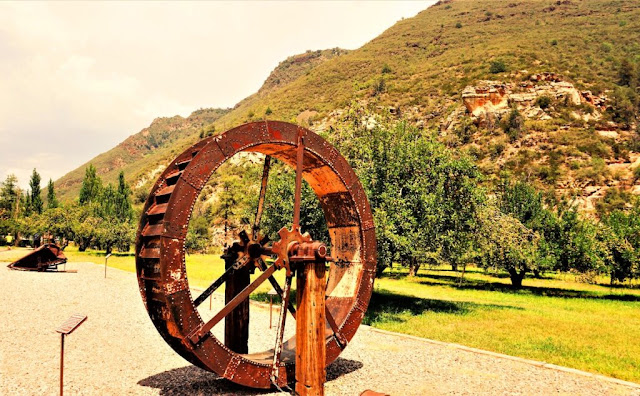 RV Lingo You Need to Know