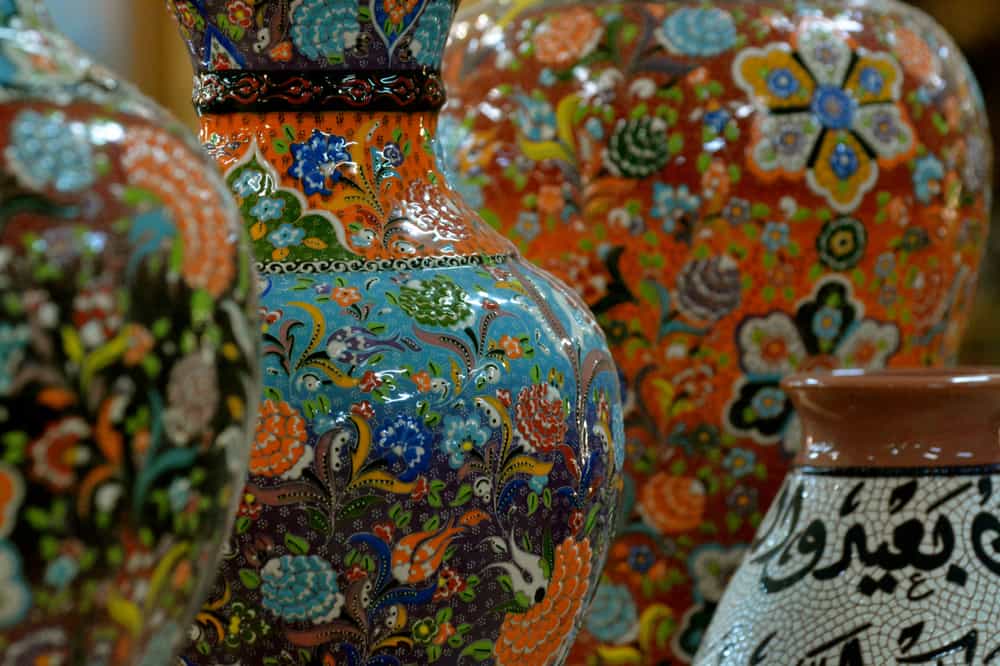 Traveling with Abercrombie & Kent in Jordan after an 8-day cruise tour in Egypt, it did not take long to see why this pairing was offered by the leading luxury travel company.  In four days, we experienced 21 different places and events ranging from Roman ruins to a vibrant country eager for tourism.  We visited UNESCO World Heritage sites on foot, took in a Wonder of the World with our own eyes and expanded our minds with local connections.  Reflecting on the trip while still here, I would not change a thing and would gladly do the entire trip all over again, exactly as we did.  There are a number of surprising takeaways from this A&K Small Group Journey that added up to a remarkable travel experience, many of which occurred or culminated in Jordan. If you had told me in advance that I would be sitting here on the last day of this trip at 4AM, hoping to record the first daily call to prayer to make into my iPhone ring tone I would never have believed it.  Yet here I sit at the Movenpick Dead Sea resort with my bungalow patio door open, hoping not to miss it. Broadcast over loudspeakers from area mosques both in Egypt and Jordan, five times a day, it’s a reminder for those of the Islamic faith to pray.  It’s also a bit of a theme that has weaved its way through this entire journey, from our first day on the ground in Egypt. The older I get, the more I like to keep things simple in my life.  My first thought about the call to prayer was ‘Hey, any religion that prays five times a day can’t be all bad…unless they are praying for me to die’.  Very quickly I found that those prayers do not include any ill wishes for anyone.  Over the course of the trip, we learned a great amount about the Islamic faith from locals who live it.  That’s an interesting topic for another post but a part of our experience that weaved itself through every day. Going through locks on Sanctuary Resorts Sun Boat IV early one morning, another traveler in our group and I were perched on the front of the ship to capture the moment, and the call to prayer was heard. Waking the first day in Cairo at the Mena House Hotel, the stunning view of a pyramid from my balcony was accompanied by the call to prayer. At the Four Seasons Hotel in Cairo, the Grand Hyatt Amman and two Movenpick hotels in Jordan, the call to prayer was present as it was throughout the day visiting iconic landmarks, and interesting places ranging from airports to restaurants, shops and on the street. I know memories of this part of the world will endure and am a bit sad to leave. I know that upon returning to my world these memories and my partial assimilation into the daily life of this land will pass.  Considering all we have done here, I feel as though I have been a bit overly generous with the term ‘lifetime-quality experience’ in the past.  There is simply nothing in my travel history that compares to being here. No cruise ship was involved in our Jordan extension which began in Amman after a flight on Royal Jordanian Airlines with the Grand Hyatt Amman as a base.  Upcoming posts will get more into the experience of flying with Royal Jordanian and being a guest of the Grand Hyatt; both highlighting a new term for us: Arab Hospitality. Stay tuned for detailed information on places we visited in Jordan like Little Petra as well as the expansive Ancient City of Petra, Crusader Castle, Mount Nebo, Wadi Rum and more.  Right now, let’s consider one stop on our visit the central Jordanian city of Madaba.

Driving along Jordan’s scenic Kings Highway we had already stopped by Mount Nebo, where Moses had been allowed to see the Holy Land…but not allowed to enter it. Even though the sky was a bit hazy we could still see the Dead Sea and Israel from our vantage point. On the way to lunch with locals at the Hikayet Sitti Restaurant in Madaba, we stopped by St Georges Greek Orthodox Church known for its 6th century Byzantine mosaic map showing Jerusalem and other holy sites.  But first, we made a bonus stop by Jordan Jewel’s Mosaic Workshop where the process of producing the famed Jordanian mosaics was explained and we toured their showroom.

In the gallery below, we have a number of the interesting mosaic pieces as well as the artisans who were making them that day. At ChrisCruises.com via these previous posts:

On Facebook– see ChrisCruises for updates and these image collections, added to as time and Internet connection permit (so check back later too):

Flickr Members see ChrisCruises Photo Albums (Not a Flickr member? sign up here for free) Also:Check back from time to time, more photos are being uploaded every day.

Check These Other Social Sources From Us As Well

A Wonderful 3 Day Itinerary in Alsace

A Wonderful 3 Day Itinerary in Alsace