Perfectly Grilled Corn on the Cob 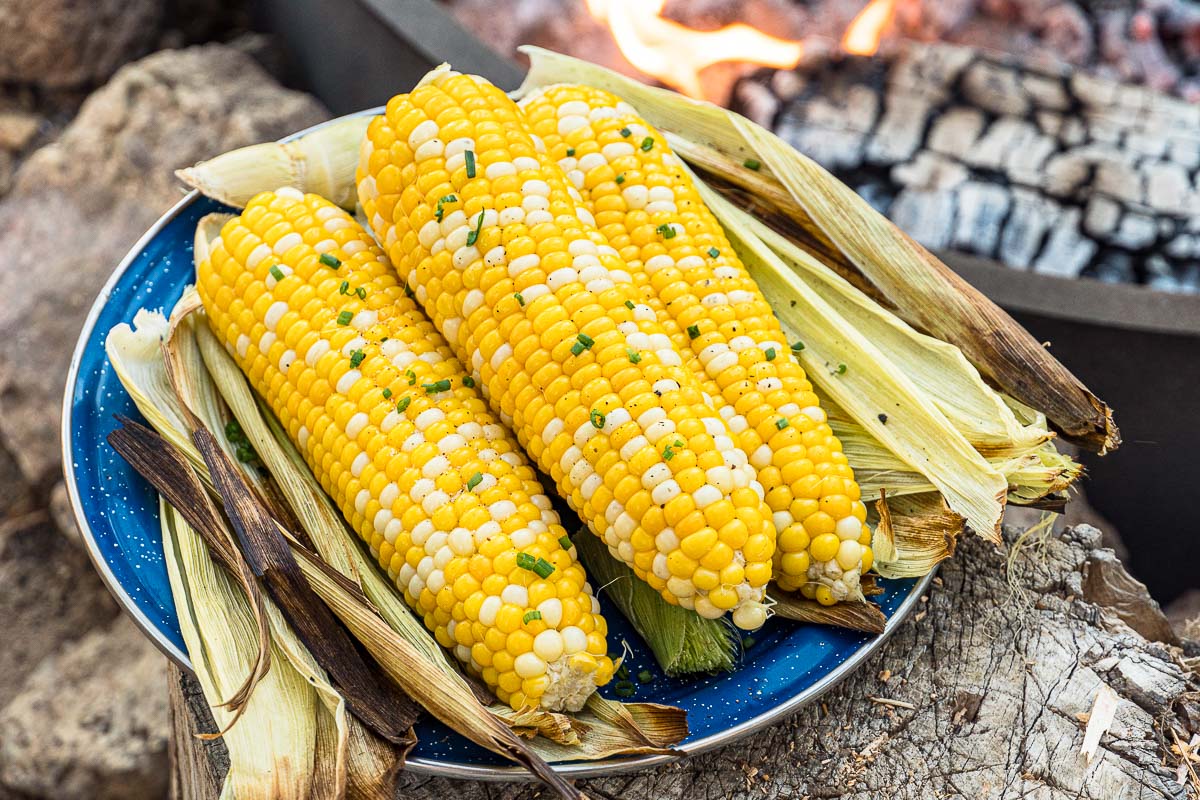 Soft, juicy, and bursting with flavor, this husk-on technique is the absolute best way to grill corn on the cob!

Nothing says summer like grilled corn! Sweet juicy kernels, a subtle smoky notes, and a bunch of butter–we just can’t get enough it. Whether we’re camping or hosting a backyard BBQ, grilled corn on the cob is one of our go-to, fool-proof sides. So simple, but so good.

In this article we’re going to share our tried & true husk-on grilling technique that will help you get absolutely perfect grilled corn on the cob every time! So let’s get into it!

How to select the best corn for grilling

You can’t have amazing tasting grilled corn without using really good corn. Specifically, we’re talking about sweet corn on the cob, which is in peak season from mid-May until September.

During the summer, corn can be easily found at nearly every local farmer markets, food co-ops, and large grocery chains. The United States is a mega producer of corn, so when it’s in season, there is a super abundance of the stuff. But finding the good corn can take a bit of skill. Here are some tips on how to select the best corn to grill.

How to prepare your corn for the grill

The great part about this “husk-on” method is that there is actually very little you need to do to prep the corn for the grill.

We recommend removing any floppy leaves coming off your corn and cutting off the silky tassels that protrudes from the top, but that’s it. We only really do this to reduce the risk of the husk catching on fire, which, if you set up your grill or campfire properly, is a very unlikely to happen anyways.

But for the most part, leave the corn alone and don’t remove any layers of husk.

Camping tip: How to Prep Your Campfire for Grilled Corn

If you’re making this grilled corn on the cob while camping, you can use a portable grill, or grill it right over the campfire! Like most campfire cooking, you want to actually be cooking over hot embers or coals–not open flames. This is particularly important for grilled corn, as open flames can leap up and catch your corn husk on fire.

To develop a hot bed of embers, get a strong hot fire going that is capable of burning full sized logs. Get a few logs going and let them burn them until they’re starting to fall apart. This process can take upwards of 45-60 minutes. If you want to want speed things up, get a strong hot fire going and add charcoals to the fire. The charcoal will ignite and be ready to cook over in about 20 minutes. Move the active burn logs over to one side of the fire ring, and rake the hot embers of charcoals underneath your grill grate. You are now ready to grill your corn!

How to make perfectly grilled corn

Place your corn over the fire in line with the direction of the grill grate. This will prevent the corn from rolling around and potentially falling into the fire.

Aim for medium-high heat, with no open flames directly underneath the corn. The outside husk will start to brown and blacken, which is perfectly fine. There are many layers of husk and on the inside the corn is not being charred. In fact, all the trapped moisture is steaming them to plump, juicy perfection.

The corn needs to be rotated frequently to ensure all sides are heated evenly. Use the browning on the outside of the husk as your indicator of which side needs some more time facing the heat. By the end, the corn husk should be evenly browned and blackened all the way around, which will tell you all sides of the corn have been cooked.

Over medium-heat heat, the corn will need a minimum of 20 minutes in order to fully cook. You can push this a little further up to 30 minutes if you are waiting for other dishes to finish up, but after that the corn will start to give up some of its moisture and start dry out.

Remove the corn from the fire and allow to cool for 2-3 minutes before attempting to shuck the corn. The insides will be very hot!

Putting a little char on your corn

Corn that has been grilled with the husk on will be moist, juicy, with just a hint of smoky flavor. If you’re looking for a little more smoky flavor & color, here’s how to accomplish that!

After you have grilled your corn husk-on and removed the husk & silk, you can return it to the grill grate to develop some browning on the corn kernels themselves. Since the corn is already perfectly cooked, you can add as little or as much browning as you like without worrying about actually have to cook the cook.

If you tried to grill your corn without the husk from the start, the exterior of the kernels will turn black before the interior is fully cooked. The corn will also lose a lot of moisture to evaporation, leaving the corn tasting dry and mealy.

The classic topping for grilled corn is butter, salt, and maybe a little black pepper. But there are LOTS of ways to creatively zhush up your grilled corn. 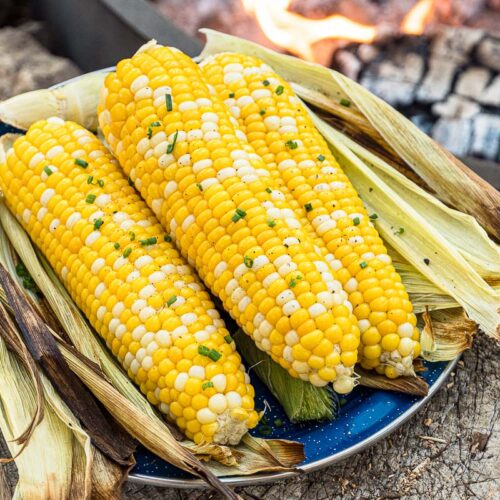 5 Key Tips to Maintaining Your Family RV While Traveling

Brown Bears and Polar Bears and Their Tangled Histories